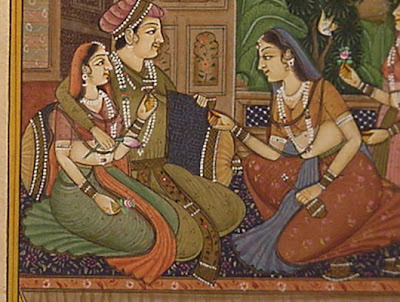 In my last post, I discussed Ron Unzâs essay on selection for intelligence in East Asian societies. This paper, as its own author points out, makes the same point that Gregory Clark has made with respect to England.

In sum, State societies create a new environment of natural selection. The Big Man goes from hero to zero (unless he is part of the tiny ruling elite). For most people, the road to success is the market economy, and such success requires a special behavioral package:

1. abandonment of violence as a means to resolve disputes and increase personal wealth;

2. ability to plan ahead and save for tomorrow

Over time, economic success would have translated into demographic success. This nascent middle class would have grown in number, with downwardly mobile descendents spreading into the lower classes and gradually replacing them. Eventually, they and their heritable characteristics would have come to dominate the entire gene pool.

The problem with this argument is that many State societies do not seem to have followed this route. As Steve Sailer notes, âAncient Egypt would seem like a similarly “orderly, stable, and advanced” peasant society, but the outcomes don’t seem very similarâ [to those of China and England].

But, still, one can think of other examples. What about India? The main problem there would have been the caste system: the effects of natural selection on one caste could not have easily spilled over into the general population. Yes, one could change caste, but it was not an easy option.

To varying degrees, this problem would have happened elsewhere. In addition, rigid class boundaries often coincided with ethnic boundaries, the middle class being dominated by minorities of one sort or another.

What about England? Interestingly, Gregory Clark (2009) does point to social mobility as being a key element of his model. To measure social mobility, he looked at rare surnames from two points in history, 1600 and 1851, and the socioeconomic status of their bearers:

How do the descendants of these two groups look in terms of socioeconomic status by 1851? Surprisingly there seems to be almost complete regression to the mean. Table 9 shows some measures of the socioeconomic status for a sample of adult men of both name groups, taken from the names with the less frequent occurrences. While those descended from the rich show a slightly greater percentage in the top socio-economic groups, that result may well be sampling error. And at the bottom of the socio-economic scale, there are more of the descendants of the rich among âlaborersâ than there are descendants of the indicted.

This can be illustrated with particular names. Clark, for example, denoted in the middle ages anyone performing clerical work, including the minor orders of the clergy who were allowed to marry. Since literacy was extremely limited in medieval England clark was thus originally an upper class name. But by 1600 0.7 percent of the indicted bear this surname, as many as among rich testators (0.63 percent). Of the 11 indicted Clarks in my sample, 7 had their occupation listed as laborer, thus illustrating the downward mobility of the medieval educated elite. There was also sign of upward mobility. Cook in the middle ages would likely not denote someone of particular wealth or status. By 1600, however it was the surname of 1.3 percent of the richest testators. Among the seven rich Cooks, five were described as Yeomen and one as a Gentleman. Even medieval and early modern England was thus a very fluid society, with families moving up and down the social scale across each generation.

Thus, lack of social mobility would prevent Clarkâs model from working. A related problem is that the lower classes tend to operate according to a different set of rules. A successful ability in a middle-class context might be maladaptive in another context. This is particularly the case where the lower classes are not simply less successful individuals, and where they live under a very different legal and economic regime.

Serfdom comes to mind. In this, England was lucky. The Black Death had greatly weakened serfdom, and the upper classes were unsuccessful in their attempts to re-establish it. The conditions were thus in place for the demographic revolution described by Clark. 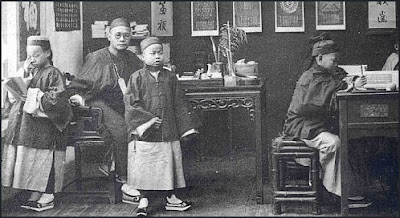