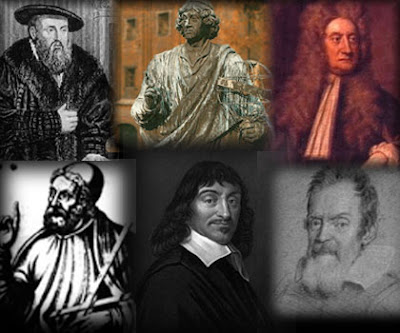 Was the scientific revolution (1540-1700) due to an increase in trade and the discovery of the New World? Or were there just more people around who could understand and appreciate new ideas? (source)

The past year has seen the deaths of two scholars who tackled the thorny issue of IQ and race, first Philippe Rushton (October 2) and then Arthur Jensen (October 22). The coming year may see more departures. Most of the remaining HBD scholars are retired or getting on in years.

Some see this as proof of the issueâs irrelevance. Rushton and Jensen were too old to understand that âraceâ and âintelligenceâ are outdated concepts. In reality, they were old because they had earned tenure before the campaign against âracist academicsâ had gotten into full swing â¦ back in the 1980s.

I use quotation marks because that campaign cast a very wide net. It targeted anyone who might believe in race differences, or heritable differences of any sort. A good example would be John Tooby and Leda Cosmides, who founded evolutionary psychology in the 1980s and have authored publications that are now required reading in undergrad psychology. Yet they had to wander in the wilderness for years before getting secure academic positions. Their sin? They believed that many human behaviors have a sizeable heritable component, although they repeatedly denied the existence of any heritable differences among human populations. But that wasnât good enough. They had taken the first step in a chain of reasoning that could lead God knows where. They werenât guilty of something they actually thought. They were guilty of something they might end up thinking.
T
he climate in academia today, especially in the social sciences, eerily resembles that of Eastern Europe a half-century ago. In private, many academics make fun of the idea that every aspect of human behavior is âsocially constructed.â In public, they say nothing. Even the ones with tenure are terrified to speak out. It just isnât worth it. Even if your position is secure, youâll still see funding and publishing opportunities disappear, and your acquaintances will treat you as a horrible person. At best, youâll be considered an oddball.

With little new blood entering the pipeline, and with its leading scholars growing old and dying off, the HBD community seems destined to disappear within academia and the larger community of intellectuals. Game over.

Iâm less pessimistic. Individuals may die, but ideas donât die so easily, especially if they make sense. The HBD idea may lose certain aspects and gain new ones, but the idea itself will be much more tenacious. And the false academic consensus can be shattered with a bit of effort. All it takes is a few people who can make their case calmly and lucidly. The basic facts are already in and beyond dispute.

We know, for instance, that at least 7% of the human genome has changed over the past 40,000 years, with most of the change being squeezed into the last 10,000. In fact, human genetic evolution speeded up by over a hundred-fold about 10,000 years ago (Hawks et al., 2007). By then, however, humans had spread over the earthâs entire surface from the equator to the Arctic Circle. They werenât adapting to new physical environments. They were adapting to new cultural and behavioral environments. They were adapting to differences in diet, in mating systems, in family and communal structure, in notions of morality, in forms of language, in systems of writing, in modes of subsistence, in means of production, in networks of exchange, and so on. This genetic evolution involved changes to digestion, metabolism, and â¦ mental processing.

Another fact. By 10,000 years ago, modern humans were no longer a small founder group. They were already splitting up into different geographic populations. So the acceleration of human genetic evolution did not affect all humans the same way. Yes, we are different, and the differences arenât skin deep.

Undoubtedly, these differences are statistical, and many weakly so. But even a statistical difference can affect the way a society develops. I once believed that the scientific revolution of the 16th century onward was due to the increase in trade and the discovery of the New World. Iâve now come to the conclusion that it was driven by an increase in the smart fraction of northwestern European societies, and this increase was in turn driven by the demographic processes described by Clark (2007). That revolution didnât happen just because new ideas were being discovered (actually, many of them had been around for some time). It happened because more people could now understand those ideas and appreciate their significance.

But enough digression. You can bury a person but not an idea. Recent Research on Race Realism
F. Roger Devlin
• 155 Comments • Reply
← Year's EndFirst, Sexual Transmissibility and Then... →
Hide 116 CommentsLeave a Comment
"Looking Back and Ahead"
• 116 Comments
Commenters to Ignore
Commenters to ignore (one per line)

← Year's EndFirst, Sexual Transmissibility and Then... →
Current Commenter
says:
Current Date at Time Now
Leave a Reply - Comments on articles more than two weeks old will be judged much more strictly on quality and tone
Cancel Reply
Commenting Disabled While in Translation Mode