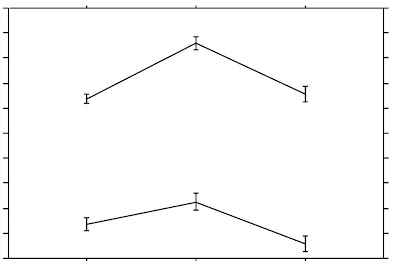 A random sample of 1205 black, white, and mixed-race faces was collected. These faces were then rated for their perceived attractiveness. There was a small but highly significant effect, with mixed-race faces, on average, being perceived as more attractive (Lewis, 2010).

This study has attracted much notice in the media and on the Internet. When photos of black, white, and mixed-race faces were shown to twenty white psychology students from Cardiff University in Wales, the mixed-race faces were considered to be better-looking than either black or white faces. This finding, the author went on to argue, shows the benefits of hybrid vigor.

Actually, itâs doubtful whether this study proves much about hybrid vigor. There are negative effects from mating with close kin (âinbreeding depressionâ), but these effects decrease exponentially with increasing genetic distance. Marrying a !Kung provides just a bit more benefit than not marrying your second cousin.

But something else is questionable about this study. The male students rated the black faces more highly than the white faces. This is an interesting findingâjust as interesting as the one that the author chose to underscore. After all, British culture has long stigmatized blacks as the antithesis of beauty. In a history of American race relations, Winthrop Jordan (1968, pp. 8-9) notes:

Whiteness, moreover, carried a special significance for Elizabethan Englishmen: it was, particularly when complemented by red, the color of perfect human beauty, especially female beauty. This ideal was already centuries old in Elizabethâs time, and their fair Queen was its very embodiment: her cheeks were âroses in a bed of lilies.â […] It was important, if incalculably so, that English discoveÂ­ry of Black Africans came at a time when the accepÂ­ted standard of ideal beauty was a fair complexion of rose and white. Negroes not only failed to fit this ideal but seemed the very picture of perverse negation. (Jordan, 1968, pp. 8-9)

Of course, that was then and this is now. But even today black women are underrepresented as icons of beauty in menâs magazines:

More than 70 percent of professional athletes are African American, but you wouldnât know it by reading the latest issue of Sportâs Illustratedâs much ballyhooed swimsuit issue.

The 184-page issue, the magazineâs most profitable, boasts 18 models, but only two are African American and you wonât see them until page 140.

[â¦] African-American models like Iman and Naomi Campbell broke through the race barrier long ago in fashion, but the under representation of minorities in modeling continues to be a contentious issue to this day.

In 2008, The Wall Street Journal did a major feature on the problem, noting what it called the âThin White Lineâ in fashion.

Or perhaps they were just fibbing.

The Lack of Progress in Science: Sex Differences
Razib Khan
• 98 Comments
← The Use and Abuse of Doll TestsMore on Doll Tests →
Hide 17 CommentsLeave a Comment
"An Interesting Finding ..."
• 17 Comments
Commenters to Ignore
Commenters to ignore (one per line)

← The Use and Abuse of Doll TestsMore on Doll Tests →
Current Commenter
says:
Current Date at Time Now
Leave a Reply - Comments on articles more than two weeks old will be judged much more strictly on quality and tone
Cancel Reply