I’ll be on vacation until October and will probably have little time for my weekly column. I hope to profit from this hiatus to rethink my priorities for the next twelve months.

That rethink will include this column. Is it reaching its target audience? Are changes needed? A recurring suggestion is that I should write more simply and in a less pedantic style. Yes, plain language is best. A lot of academic writing suffers from turgid jargon, not to mention silly attempts to imitate the syntax of French deconstructionists. But itâs not as if I write my columns first and later try to impress folks by inserting âorganizing principle,â âevolutionary trajectory,â and other bafflegab. Thatâs how I think. Jargon also allows me to squeeze complex ideas into a few words. A certain amount is unavoidable, unless you want to read columns that are twice as long.

Another suggestion is that I should write more pieces about foreign politics, like “Impressions of Russia.” In The Unz Review that column got me 246 comments (My score was higher with only one other column âThe Jews of West Africaâ). Yet I wrote it off the top of my head.

So why not write about Russia? To be honest I don’t feel qualified. I remember my first impressions of that country and how so many turned out to be incomplete or dead wrong. Nonetheless, those same first impressions turn up again and again in pieces by journalists and other writers.

Like the ones who go on about “grim-faced Russians weighed down by centuries of oppression.” I’ve read that refrain so often it’s no longer funny. Russians dislike smiling at strangers because itâs considered rudeâand also because a stranger with attitude might take it the wrong way. But among friends and family they laugh and smile like anyone else. This is changing, to be sure. On my last visit I noticed many store employees flashing American-style smiles at customers.

Then there’s that travel writer who said he knew he was being spied upon because the hotel maid looked like a top model. Uh, that’s just the local demographics, and the fact that many young women work in services to pay for their university education. In the West, students are supposed to work as unpaid “interns.”

Finally, many journalists have been writing that Russia is hell on earth for gays and lesbians. The real situation is like that of the West in the 1970s: homosexuality is no longer illegal but most people still consider it wrong. So gays and lesbians get disowned by their parents and beaten up by young toughs. On the other hand, they form a large and very visible community with its own bars, magazines, and festivals. I remember going to a night club where about a third of the clientele were openly gay or lesbian. It was no hole-in-the wall either.

So if some journalists think Russia today is evil, they should also think the West in the 1970s was evil. Maybe they do.

Of course, there is a big difference between us in the 1970s and Russians today. We had to wait forty years to see how things would turn out. They donât have to wait. They can just look at us. That cuts two ways. On the one hand, Russian gays and lesbians look at the West and feel frustrated. They want change to happen faster. On the other hand, traditional Russians look at the West and feel dismayed. They want no part of this change.

Can you blame them? In the 1980s I supported gay rights on the principle of “live and let live.” Gays weren’t asking to be accepted by people who didn’t accept them, least of all religious conservatives. They just wanted to be left alone, as consenting adults, and who could be against what consenting adults do in private?

The next three decades then saw a ratcheting upward of gay rights. For example, since 2012 all Ontario schools have had to allow gay/lesbian clubs on their premises, even Catholic and elementary schools. So much for freedom of religion. So much for “consenting adults.” Gays and lesbians seem to be like any pressure group: they make whatever promises are necessary to get what they want and then forget them when they get what they want.

So Russia is a bit like our past. Only it’s a past where people have a better idea of the future.

Punditry, left vs. right, and globalism

That’s about all I have to say about Russia. If you want to know more, ask someone from that country.

What about punditry on other topics? Again, I don’t feel qualified, and there are columnists far better at that than me.

I also have mixed feelings about punditry. It aims not so much to change how people think as to confirm what they think. So the net effect is to polarize public opinion. Liberals become more self-assured about their ideology and conservatives likewise. Yet, as I see it, both groups are equally wrong, and both have betrayed their original principles.

As I see it (again), the worst threat comes from the right. Itâs the right that best articulates globalism and is best able to persuade everyone that it’s for their own good. And globalism will be much more far-reachingâand devastatingâthan communism ever was. It is literally the abolition of all barriers to the free flow of capital, trade, and labor. In the best scenario, wages and working conditions will be levelled downward throughout the West. In the worst scenario, the whole world will be worse off because the conditions most suitable to wealth creation are in the high-trust societies of the West.

Those societies are not high-trust because of laws, constitutions, or charters of rights. They are that way because of their cultural, behavioral, and psychological characteristicsâlow levels of personal violence, high levels of affective empathy and guilt proneness, strong orientation toward the future rather than the present, and so on. It was that mental package that made the rise of the West possible.

That mental package is now being dissolved, not so much by “cultural Marxists” as by business interests that want to cut labor costs and increase GDP. They feel no animosity toward the West and its national identities. They just feel those identities have had their day. In their opinion, this is how we’ll all move into a better and more prosperous future.

People are entitled to their opinions, but this oneâglobalismâisnât competing with the others on a level playing field. It dominates the media, the think tanks, and even the entertainment industry. And it dominates both the left and the right. Itâs an opinion that has succeeded not on its own merits but because it has much more money behind it.

This has always been a problem in open, democratic societies. It has gotten worse, however. This is partly because the top 1% have proportionately more money nowadays and partly because they have less sense of national loyalty nowadays. Theyâll say it out loud: âWhy should I feel more loyal to someone who works here than to someone who works in another country?â This sort of view is promoted by eminently conservative groups, like the Fraser Institute here in Canada.

Punditry becomes part of the problem to the degree it shores up the false dichotomy of âleftâ versus âright.â Today, the real one is globalism versus the forces it opposes. 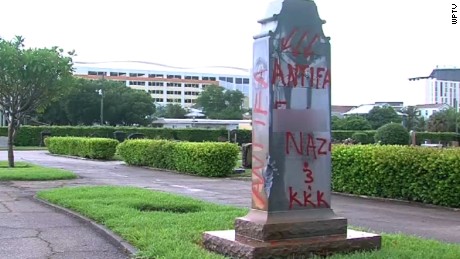 The New 'Civil War' in America Will be White vs White
Civic Imperialism is Possible but not Civic Nationalism â US was a Race-Nationalist Republic â US Power as Headless...
Jung-Freud
• 214 Comments • Reply
← A Genetic Marker for Empathy?DÃ©jÃ  Vu? →
Hide 49 CommentsLeave a Comment
"Hiatus"
• 49 Comments
Commenters to Ignore
Commenters to ignore (one per line)

← A Genetic Marker for Empathy?DÃ©jÃ  Vu? →
Current Commenter
says:
Current Date at Time Now
Leave a Reply - Comments on articles more than two weeks old will be judged much more strictly on quality and tone
Cancel Reply
Commenting Disabled While in Translation Mode