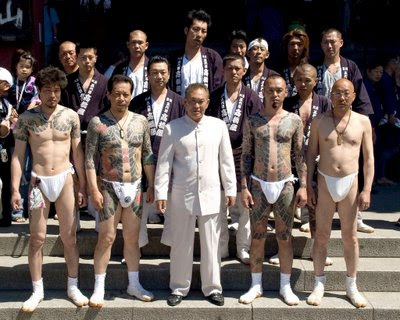 Here are a few themes I wish to write about during 2012:

With the discovery that Europeans and Asians are 1 to 4% Neanderthal, there has been a rush to learn more. What genes are involved? Does this admixture explain why Eurasians are, well, hot stuff?

Well, not necessarily. It may also be a measure of non-Neanderthal admixture in modern sub-Saharan Africans. We now know that about 2% of the modern sub-Saharan African genome comes from a population that split from ancestral modern humans some 700,000 years ago (Hammer et al., 2011). Another 13% comes from archaics who were much closer to modern humans and probably related to the Skhul-Qafzeh hominins of the Middle East (Watson et al., 1997).

It is no longer tenable to propose that Eurasians are shifted towards Neandertals only because of Neandertal admixture: in fact some of the shift may be due to Africans being shifted away from Neandertals because of admixture with archaic African hominins.

However great or small Neanderthal admixture may be, can it explain why modern Eurasians are âhot stuffâ? Doubtful. Itâs true that both populations had to adapt to arctic environments, but they did so in very different ways. Neanderthals adapted to the cold through their morphology: thick body fat and dense fur. Modern Eurasians adapted by making tailored clothing and building insulated shelters.

Please donât get me wrong. If youâre doing research on Neanderthal admixture, I wish you the best of luck. Perhaps youâll find a thing or two. But donât get your hopes up.

Whenever an authoritarian leader dies, the door is opened to change, often radical change. The new leader is less able to command authority, and the chain of command itself is called into question at all levels. Pent-up pressure for change can finally be released. This was the case after the deaths of Franco in 1975, Mao Zedong in 1976, and Brezhnev in 1982. Here in my home province, it was the death of Duplessis in 1959 that ushered in the end of Quebec as a conservative Catholic society.

Will we see the same in North Korea? Will the death of Kim Jong Il lead to liberalization and, ultimately, reunification with South Korea?

Yes and no. North Korea will pursue its transition to a market economy. And this process is already making the population more independent-minded. As an observer in Pyongyang recently noted:

The women who daily set out their wares on the streets do so in defiance of police prohibitions. This is one of the clearest indications of the erosion of the regimeâs control over its people. (The author observed many others, such as the men who openly smoked under âNo Smokingâ signs, the peasants who simÂ­ply ignored the traffic police and trundled their carts across intersections, and the people whoâunder the very eyes of the policeâsat on the escalators in the Metro despite stern signs prohibiting this.) (Everard, 2011)

Private markets are also creating new spaces of social interaction that are independent of the State, and this trend will be assisted by the spread of cellphones and the strengthening of economic and social relations with Chinaâitself a much more liberal society.

Finally, North Korea will drop all pretence of international socialism. This might seem to be just a matter of wordsâNorth Korea has long been a de facto nationalist regimeâbut semantics are important in the way people construct their perceived reality.

But, no, reunification is not in the cards, if only because the Chinese are adamantly opposed. There was a time in the 1990s when they were open to this idea. With reunification, U.S. troops would leave and Korea would become a more neutral country. It is now clear, however, that reunification has produced no such outcome in Germany. The Cold War may be over, but the U.S. still wants to have troops in mainland Eurasia, apparently as part of its geopolitical strategy.

So for now at least the Chinese will try to strengthen North Korea as a friendly buffer state. To this end, they will prod Pyongyang to pursue economic reforms and shed its pariah image, particularly by dismantling its nuclear program. In exchange, the Chinese may offer the protection of their own nuclear umbrella, as well as full membership in the Shanghai Cooperation Organisation (SCO).

Itâs also unlikely that liberalization will lead to North Korea becoming more Westernized and Americanized. By âliberalization,â I mean the right of people to live their lives according to their own valuesâand not those imposed by the State or by a globalist elite. Hence, the Arab Spring has brought the triumph of Islamist political parties who promise to introduce stricter adherence to Shariah law. This has been a surprise to Western observers, but it should not have been.

Although Japanese society is often seen as being very homogeneous, it does have a distinct class called the Burakumin who were officially outcastes until 1871 and are still widely looked down upon. They seem to descend from Japanese who held stigmatized occupations that involved the taking of life or contact with dead bodies, like butchery, leather making, and preparation of corpses for burial. Today, despite many remedial efforts, an academic gap persists between the Burakumin and other Japanese:

In 2012, I will try to shed new light on this question by applying Greg Clarkâs model. Clark (2007) argued that the English gene pool in 1800 was quite different from what it had been only a few centuries earlier. Over the years, the English middle class had expanded demographically and, through downward mobility, had largely replaced the English lower classes. I will suggest that Japan followed a similar evolution but with an interesting twist. As outcastes with a monopoly on certain occupations, the Burakumin were spared this demographic replacement. They may thus represent the Japanese population as it existed several centuries ago.

The Geography of the Noosphere
Anatoly Karlin
• 345 Comments
← 2012. A Year of Turbulence?Were Neanderthals Furry? →
Hide 18 CommentsLeave a Comment
"A Few of My Themes for 2012"
• 18 Comments
Commenters to Ignore
Commenters to ignore (one per line)

← 2012. A Year of Turbulence?Were Neanderthals Furry? →
Current Commenter
says:
Current Date at Time Now
Leave a Reply - Comments on articles more than two weeks old will be judged much more strictly on quality and tone
Cancel Reply
Commenting Disabled While in Translation Mode