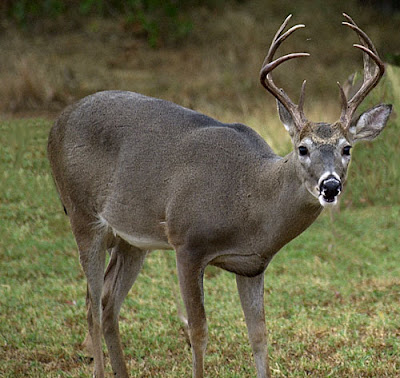 In the deer family, genetic variability is greater within some species than between some genera. Does Fst tell us what we think it tells us?

At almost any genetic marker (blood types, serum proteins, enzymes, mtDNA, etc.), a typical gene varies much more within than between human populations. And this is true not only for large continental populations but also for small local ones. The geneticist Richard Lewontin found that 85% of our genetic variation exists among individuals and only 15% between âraces.â He concluded:

It is clear that our perception of relatively large differences between human races and subgroups, as compared to the variation within these groups, is indeed a biased perception and that, based on randomly chosen genetic differences, human races and populations are remarkably similar to each other, with the largest part by far of human variation being accounted for by the differences between individuals. (Lewontin, 1972)

Was Lewontin right? Some geneticists have remained unconvinced, their doubts focusing on three points:

Even if human populations differ only slightly at certain gene loci, these slight differences can still have big effects.

For instance, the historical economist Gregory Clark has argued that the slow but steady demographic expansion of the English middle class from the 12th century onward gradually raised the population mean for predispositions to non-violence, deferment of pleasure, and other future-oriented behavior. Although the nascent middle class was initially a small minority in medieval England, its descendants grew in number and gradually replaced the lower class through downward mobility. By the 1800s, its lineages accounted for most of the English population.

There then came the triumph of Victorian moralityâa relatively sudden cultural change due to a genetic change that had slowly reached a point of critical mass. The English middle class could now impose its behavioral norms on the whole population, thereby abandoning the âtwo-tier moralityâ of other class-stratified societies (Clark, 2007, pp. 124-129, 182-183; Clark, 2009).

2. Lewontinâs finding is true only if we look at one gene at a time

Genes vary much more within than between human populations only if we look at one gene at a time. The pattern reverses if we aggregate variation at several gene loci. The more we aggregate, the more the genetic variation will exist between populations and not within them. This point was first made by Cavalli-Sforza back in 1966 and later by Mitton (1977, 1978), Edwards (2003), and Sesardic (2010).

3. A big chunk of inter-individual genetic variation is actually intra-individual

How valid are these three points?

The first one was true historically and, presumably, prehistorically. A slight genetic advantage could indeed leverage very disproportionate benefits. âWinner takes all.â This kind of dynamic, however, is no longer legitimate in modern societies, at least not to the same extent. Although we accept that losers should lose, we donât accept that they should lose everything. Our societies provide a wide array of redistributionist mechanisms to ensure that slight advantages donât snowball into big ones.

The second point is certainly true. Clearly, two groups are easier to tell apart with several criteria than with one. With enough criteria, any overlap will shrink to zero and all individuals can be unambiguously assigned to either group. This is basic logic. But all this proves is that human populations are identifiable. It doesnât prove that the differences between them are greater than the differences within them.

The third point invites the same reply of âSo what?â If our intra-population variation is inflated by intra-individual variation, the same would be true for all species, and not just our own. Remove intra-individual variation, and youâll certainly get a higher estimate of inter-population variation. But this will be true across the board. Human races will still look relatively unimportant.

In all this, a more fundamental criticism is being ignored. How meaningful is the ratio of inter-population to intra-population variation? Just what exactly does it tell us?

This ratio, called Fst, is not as meaningful as one might think:

Fst isnât a good measure of genetic-phenotypic mediation. As a case example, Long and Kittles (2003) found a between human population Fst of 11% based on their sample; when they added chimpanzees, the between population Fst increased only to 18%[3]. Mountain and Risch (2004), citing this example, note that ââa low FST estimate implies little about the degree to which genes contribute to between-group differences.â
(Occidentalist, 2011)

Indeed, some sibling species show the same kind of genetic overlap that we see between human races. And yet these species are anatomically, physiologically, and behaviorally distinct (Frost, 2008).

Remember, when two populations differentiate under the impact of diverging selection pressures, this differentiation concerns only a tiny fraction of the genome. Why? There are two reasons:

(a) Much genetic variation is of low selective value, often being little more than “junk” variability, and thus responds weakly to changes in selection pressure.

(b) Much genetic variation is equally adaptive in both of the new adaptive landscapes. There are many cases of genetic polymorphisms that widely occur not only among different populations of one species, but also among related species (Klein et al., 1998).

Fst cannot tell us how much populations really differ from each other within a speciesâand by âreallyâ weâre talking about adaptive differences that show up in anatomy, physiology, and behavior. It basically tells us how long these populations have been separated from each other, with some adjustment for ongoing gene flow. In our case, Fst tells us that human races are young, very young.

But this we know already. The past 40,000 years have seen our ancestors spread into a multitude of natural environmentsâfrom tropical rain forest to arctic tundra. And the past 10,000 years have seen humans enter an even greater variety of cultural and social environmentsâfrom simple horticulture to complex societies with class differentiation, State formation, urbanization, systematized religion, and the ability to store, accumulate, and exchange information via writing.

We also know that these same years have seen an accelerating pace of genetic change. Natural selection has altered at least 7% of our genome over the last 40,000 years. In particular, the speed of genetic change rose over a hundred-fold with the advent of agriculture some 10,000 years ago (Hawks et al., 2007).

The correlation is very weak between the passage of time and the degree of evolutionary change. Some organisms have remained virtually the same for millions of years. Others have changed very quickly. We, humans, are the fast runners of evolution.