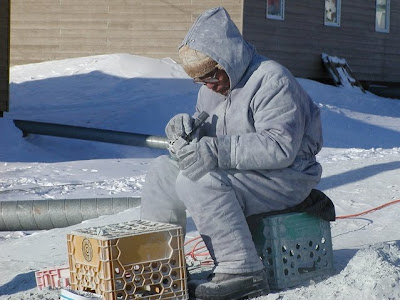 The 1970s saw L.L. Cavalli-Sforza become a renowned human geneticist. His meteoric rise was made possible by two textbooks co-authored with Walter Bodmer: The Genetics of Human Populations (1971) and Genetics, Evolution, and Man (1976), as well as several joint articles in leading journals.

Nonetheless, his collaboration with Bodmer came to an end in the late 1970s (1). Why? No answer is given in his autobiography or in Stone and Lurquinâs biography. In fact, the autobiography has only three mentions of Bodmer. Two are single sentences. The one lengthy mention gives the impression of âdamning with faint praiseâ (2).

To understand how this collaboration ended, one must understand how it began â¦ in a triangular relationship that brought together not only Cavalli-Sforza and Walter Bodmer but also Joshua Lederberg, the leading geneticist at Stanford. It was the latter who helped him during the difficult postwar years, who invited him to Stanford in 1968, and who got him a permanent position there in 1972. It was also Lederberg and one of his protÃ©gÃ©s, Bodmer, who showed him the ins and outs of American academia, especially textbook publishing. Cavalli-Sforza naturally felt indebted to the two of them.

By the late 1970s, he had a long list of publications and felt reasonably secure. Perhaps he began to feel hindered by his collaboration with Bodmer. Or perhaps Bodmer seemed to be taking more out of it than he was putting in. Or perhaps â¦

One thing is clear. Cavalli-Sforza was planning to study how our species had evolved genetically under the influence of history and culture. Such plans could not include Bodmer, who knew little about human genetics and even less about the other two.

Cavalli-Sforza wanted to bring all three elements together to show that the natural environment has not been the main driving force of natural selection in our species. We have instead undergone selection by human cultureâoral and written language, social organization, technology, means of subsistence, and so forth. In short, we have been created by our own creations.

Cavalli-Sforza realized that this argument was overstated. Clearly, humans have changed genetically in order to inhabit a wide range of natural environments from the equator to the arctic. A Dinka and an Inuit differ anatomically and physiologically in many obvious ways.

This in turn leads to two conclusions:

1. Human genetic evolution has accelerated in response to the quickening pace of human cultural evolution.

2. Each human culture has created its own adaptive landscape. Genetic differences between human populations have been primarily responses to cultural differences.

This line of reasoning has a name: gene-culture co-evolution. It can be traced back to Darwin, but there was a resurgence in the early 1980s with the writings of Robert Boyd and Peter Richerson, particularly Culture and the Evolutionary Process (1985). I had always assumed that it all began with that book, but the ground zero actually seems to have been a cultural evolution class that Cavalli-Sforza taught to Boyd and Richerson in 1978-79 (Stone & Lurquin 2005, p. 108).

Cavalli-Sforza wished to prove the existence of gene-culture co-evolution. In the mid-1980s, he organized a project with several professors from Queenâs University (Kingston, Ontario) and UniversitÃ© Laval (Quebec City) (3). The aim was to determine whether natural selection favors different mental toolkits in hunting and gathering societies versus agricultural societies. This rationale was later described by one of his project associates, John Berry, a psychologist at Queenâs University:

Hunters, by this way of thinking, require good visual acuity, keen disembedding skills and a well- developed sense of spatial orientation. To hunt successfully, the hunter must be able to discern the object of the quest (which is often embedded in a complex visual landscape), then disembed the object, and finally return to home base. In contrast, agriculturalists need not develop these particular skills, but rather they need to invest in other areas of development, such as conservation (in both the economic and the Piagetian senses) and close social interactions. (Berry 2008, p. 3)

In this joint project, Cavalli-Sforza wished to study Inuit artists to see whether their talent came from a genetic predisposition or from socio-cultural learning. This aim is spelled out in an unpublished report he wrote with Berry:

One of the most remarkable phenomena in the contemporary Canadian Arctic is the presence of highly-acclaimed art forms â carving in stone and ivory, and printing on paper. The question we ask is: how can we account for the wide-spread distribution of such talent in a small dispersed population?

[â¦] Is it possible that artistic talent is transmitted culturally (from parents to offspring, from others in society to the artist, and from peers to artist)? How can we assess these types of transmission?

Is it possible that artistic talent is transmitted genetically (from parents to offspring)? How can we assess such transmission?
(Berry & Cavalli-Sforza 1986, p. 2)

The Inuit population lends itself to such a study for several reasons:

With most individuals having had a reasonably fair chance and stimulation to become artists, one is in a better condition to study possible genetic factors contributing to artistic talent, if any. Another great advantage of carrying out this study among the Inuit is the frequency with which adoptions (also early ones, at birth) occur in this population. Frequencies of adoptions reported during the meeting varied from 15% to 30%. Adoptions allow one to distinguish cultural from biological inheritance by studying correlations of adopted children with foster relatives on one hand and biological relatives on the other.

The general strategy will be to select artists in specific communities (to be discussed later), and to study artistic talent in particular. Also to be studied are their biological and foster relatives (if any), including parents, brothers, sisters, children, and more remote relatives (when this is feasible and convenient). âControlsâ, i.e. individuals who lay no claim to artistic talent, in spite of adequately trying, may also have to be selected and studied in a similar fashion.

[â¦] The study of traits other than artistic talent per se, that may be correlated with it (and indeed may be components of it) will also be of interest. Given enough information one can hope to separately estimate two quantities, called respectively cultural and genetic heritability (see examples in analysis of IQ).
(Berry & Cavalli-Sforza 1986, p. 5)

The project fell through. At Laval, we assumed there had been a problem with funding. At Queenâs, Cavalli-Sforza explained that he could no longer continue because of illness.

In their biography, Stone and Lurquin (2005) make no mention of illness during this period, the only bouts of ill health being an operation for bladder cancer in 1976 and a heart attack in 1991. In any case, ill health would have been a reason for postponing the project, not for canceling it.

Even more curious, this project is not mentioned in any of his publications, be they books, journal articles, conference proceedings, or poster sessions. The paper trail is limited to his one unpublished report (Berry & Cavalli-Sforza 1986). A similar blank appears in his writings on gene-culture co-evolution. Although he has written abundantly on this concept, there is surprisingly little on one key element: the impact of cultural evolution on genetic evolution. When he does give examples, he limits himself to the usual suspects: lactose tolerance in cattle-raising societies, and malaria resistance in tropical agriculturalists (Cavalli-Sforza & Cavalli-Sforza 2008, p. 264). There is no trace anywhere in his published writings of a belief that natural selection has favored different mental traits in different cultural environments (4).

And yet he held such a belief back in the mid-1980sâa time when he almost became his own man.

1. Google Scholar lists 26 joint publications by Cavalli-Sforza and Bodmer from 1970 to 1976. From 1977 to 2010, there are only 10 joint publications, 6 of which are re-editions or translations of textbooks from the 1970-1976 period. The remaining 4 are multiple-author articles where Cavalli-Sforza and Bodmer appear amid a long list of contributors.

2. Does Cavalli-Sforza make an oblique criticism of Bodmer in his autobiography?

â[â¦] unfortunately, [ambition] often makes you lose sight of the essential virtues, like honesty, moderation, and altruism. It can blind you. Some of my colleagues distinguish themselves more by their ambition than by their genius. I know othersâthese are the most dangerous or the most ridiculousâwhose ambition is much greater than their intelligence.â (Cavalli-Sforza & Cavalli-Sforza 2008, p. 303)

3. This was the only time I met him. He sat in on my thesis committee meeting and looked on good-naturedly. Of the three other professors present, only one seemed to know just how important he was. Afterwards, that one professor was dumbfounded by our ignorance: âYou think Claude LÃ©vi-Strauss is important? This man is the LÃ©vi-Strauss of human genetics!â

4. In fact, Cavalli-Sforza has denied having such a belief during the period in question. In his interviews with Stone and Lurquin, he stated that his interest in culture was motivated by the very opposite belief:

âYet another source of his interest in culture was the idea that the concept of human cultural learning was a valid weapon against racist arguments that differences between people (for example, different IQ scores among ethnic groups) were due to biologically determined âracialâ differences.” (Stone & Lurquin, 2005, p. 86)