Fascist Franco may have been dead for more than four decades, but Spain is still encumbered with his dictatorial corpse. A new paradigm has been coined right inside the lofty European Union, self-described home/patronizing dispenser of human rights to lesser regions across the planet: âIn the name of democracy, refrain from voting, or else.â Call it democracy nano-Franco style.

Nano-Franco is Spanish Prime Minister Mariano Rajoy, whose heroic shock troops were redeployed from a serious nationwide terrorist alert to hammer with batons and fire rubber bullets not against jihadis but â¦ voters. At least six schools became the terrain of what was correctly called The Battle of Barcelona.

Extreme right-wingers even held a demonstration inside Barcelona. Yet this was not shown on Spanish TV because it contradicted the official Madrid narrative.

The Catalan government beat the fascist goons with two very simple codes â as revealed by La Vanguardia. âIâve got the Tupperware. Where do we meet?â was the code on a prepaid mobile phone for people to collect and protect ballot boxes. âIâm the paper travelerâ was the code to protect the actual paper ballots. Julian Assange/WikiLeaks had warned about the worldâs first Internet war as deployed by Madrid to smash the electronic voting system. The counterpunch was â literally â on paper. The US National Security Agency must have learned a few lessons.

So we had techno power combined with cowardly Francoist repression tactics countered by people power, as in parents conducting sit-ins in schools to make sure they were functional on referendum day. Some 90% of the 2.26 million Catalans who made it to the polls ended up voting in favor of independence from Spain, according to preliminary results. Catalonia has 5.3 million registered voters.

Roughly 770,000 votes were lost because of raids by Spanish police. Turnout at around 42% may not be high but itâs certainly not low. As the day went by, there was a growing feeling, all across Catalonia, all social classes involved, that this was not about independence any more; it was about fighting a new brand of fascism. Whatâs certain is thereâs a Perfect Storm coming.

The âinstitutional declarationâ of overwhelming mediocrity nano-Franco Rajoy, right after the polls were closed, invited disbelief. The highlight was a mediocre take on Magritte: âCeci nâest pas un referendum.â This referendum never took place. And it could never take place because âSpain is a mature and advanced democracy, friendly and
tolerantâ. The dayâs events proved it a lie.

Rajoy said âthe great majority of Catalan people did not want to participate in the secessionist scriptâ. Another lie. Even before the ânon-existentâ referendum, between 70% and 80% of Catalans said they wanted to vote, yes or no, after an informed debate about their future.

Crucially, Rajoy extolled the âunwavering support of the EU and the international communityâ. Of course; unelected EU âelitesâ in Brussels and the main European capitals are absolutely terrorized when EU citizens express themselves.

Rajoy spent weeks defending his repression of the referendum by invoking âthe rule of law such as oursâ. Itâs âtheirâ law, indeed. The heart of the matter are Articles 116 and 155 of a retrograde Spanish constitution, the first one describing how states of alarm, exception and siege work in Spain, and the latter applied in âorder to compel the [autonomous community] forcibly to meet â¦ obligations, or in order to protect the â¦ general interests.â

Well, these âobligationsâ and âgeneral interestsâ are defined by â who else, Madrid and Madrid only. The Spanish Constitutional Court is a joke â it couldnât care less about the principle of separation of powers. The court congregates a bunch of legalistic Mafiosi/patsies working for the two parties of the establishment, the so-called âsocialistsâ of the PSOE (Spanish Socialist Workersâ Party) and the medieval right-wingers of Rajoyâs Peopleâs Party (PP).

Few outside Spain may remember the failed coup of February 23, 1981 â when there was an attempt to hurl Spain back into the long dark Francoist night. Well, I was in Barcelona when it happened â and that vividly reminded me of the South American military coups in the 1960s and 1970s. Since the coup, what passes for âjusticeâ in Spain never ceased to be a mere lackey to these two political parties.

The Constitutional Court actually suspended the Catalan referendum law, arguing that it was violating the â medieval â Spanish constitution. This disgraceful collusion is crystal-clear for most people in Catalonia. What Madrid is essentially up to amounts to a coup as well â against the Catalan government and, of course, against democracy. So no wonder the immortal civil-war mantra was back in the streets of Catalonia: âÂ¡No pasarÃ¡n!â They shall not pass.

Rajoy, thuggish, mediocre and corrupt (thatâs another long story), lied even more when he said he keeps the âdoor open to dialogueâ. He never wanted any dialogue with Catalonia â always refusing a referendum in any shape or form or transferring any powers to the Catalan regional government. Cataloniaâs regional president, Carles Puigdemont, insists he had to call the referendum because this is what separatist parties promised when they won regional elections two years ago.

And of course no one is an angel in this hardcore power play. The PDeCaT (the Democratic Party of Catalonia), the main force behind the referendum, has also been mired in corruption.

Catalonia in itself is as economically powerful as Denmark; 7.5 million people, around 16% of Spainâs population, but responsible for 20% of gross domestic product, attracting one-third of foreign investment and producing one-third of exports. In a country where unemployment is at a horribly high 30%, losing Catalonia would be the ultimate disaster.

Madrid in effect subscribes to only two priorities: dutifully obey EU austerity diktats, and crush by all means any regional push for autonomy.

Catalan historian Josep Fontana, in a wide-ranging, enlightening interview, has identified the heart of the matter: âWhat, for me, is scandalous is that the PP is whipping up public opinion by saying that holding the referendum means the secession of Catalonia afterwards, when it knows that secession is impossible. It is impossible because it would mean that the Generalitat would have to ask the Madrid government to be so kind as to withdraw its army, Guardia Civil and National Police from Catalonia, and to meekly renounce a territory that provides 20% of its GDP â¦ so why are they using this excuse to stir up a climate reminiscent of a civil war?â

Beyond the specter of civil war, the Big Picture is even more incandescent.

The Scottish National Party is sort of blood cousins with Catalan separatists in its rejection of a perceived illegitimate central authority, with all the accompanying negative litany. SNP members complain they are forced to cope with different languages; political diktats from above; unfair taxes; and what is felt as outright economic exploitation. This phenomenon has absolutely nothing to do with the EU-wide rise of extreme right-wing nationalism, populism and xenophobia â as Madrid insists.

And then thereâs the silence of the wolves. It would be easy to picture the EUâs reaction if the drama in Catalonia were happening in distant, âbarbarianâ Eurasian lands. The peaceful referendum in Crimea was condemned as âillegalâ and dictatorial while a violent attack against freedom of expression of millions of people living inside the EU gets a pass.

The demophobia of Brussels elites knows no bounds; the historical record shows EU citizens are not allowed to express themselves freely, especially by using democratic practices in questions related to self-determination. Whatever torrent of spin may come ahead, the silence of the EU betrays the fact Brussels is puling the strings behind Madrid. After all the Brave New Euroland project implies the destruction of European nations to the profit of a centralized Brussels eurocracy.

Referenda are untamable animals. Kosovo was a by-product of the amputation/bombing into democracy of Serbia by the North Atlantic Treaty Organization; a gangster/narco mini-state useful as the host of Camp Bondsteel, the largest Pentagon base outside of the US.

Crimea was part of a legitimate reunification drive to rectify Nikita Khrushchevâs idiocy of separating it from Russia. London did not send goons to prevent the referendum in Scotland; an amicable negotiation is in effect. No set rules apply. Neocons screamed in vain when Crimea was reunited with Russia after shedding tears of joy when Kosovo was carved out of Serbia.

As for Madrid, a lesson should be learned from Ireland in 1916. In the beginning the majority of the population was against an uprising. But brutal British repression led to the war of independence â and the rest is history.

After this historic, (relatively) bloody Sunday, more and more Catalans will be asking: If Slovenia and Croatia, the Czech Republic and Slovakia, the tiny Baltic republics, not to mention even tinier Luxembourg, Cyprus and Malta, can be EU members, why not us? And a stampede might be ahead; Flanders and Wallonia, the Basque country and Galicia, Wales and Northern Ireland.

All across the EU, the centralized Eurocrat dream is splintering. Itâs Catalonia that may be pointing toward a not so brave, but more realistic, new world. 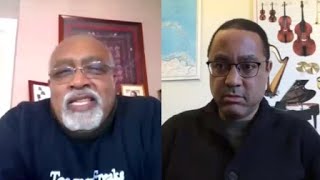