Syria is an energy war. With the heart of the matter featuring a vicious geopolitical competition between two proposed gas pipelines, it is the ultimate Pipelinestan war, the term I coined long ago for the 21st century imperial energy battlefields.

It all started in 2009, when Qatar proposed to Damascus the construction of a pipeline from its own North Field â contiguous with the South Pars field, which belongs to Iran â traversing Saudi Arabia, Jordan and Syria all the way to Turkey, to supply the EU.

Damascus, instead, chose in 2010 to privilege a competing project, the $10 billion Iran-Iraq-Syria, also know as Â«Islamic pipelineÂ». The deal was formally announced in July 2011, when the Syrian tragedy was already in motion. In 2012, a Memorandum of Understanding (MoU) was signed with Iran.

Until then, Syria was dismissed, geo-strategically, as not having as much oil and gas compared to the GCC petrodollar club. But insiders already knew about its importance as a regional energy corridor. Later on, this was enhanced with the discovery of serious offshore oil and gas potential. 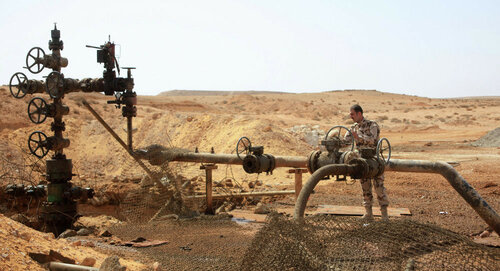 Iran for its part is an established oil and gas powerhouse. Persistent rumblings in Brussels â still unable to come up with a unified European energy policy after over 10 years â did account for barely contained excitement over the Islamic pipeline; that would be the ideal strategy to diversify from Gazprom. But Iran was under US and EU nuclear-related sanctions.

That ended up turning into a key strategic reason, at least for the Europeans, for a diplomatic solution to the Iranian nuclear dossier; a Â«rehabilitatedÂ» (to the West) Iran is able to become a key source of energy to the EU.

The Â«Assad must goÂ» obsession in Washington is a multi-headed hydra. It includes breaking a Russia-Iran-Iraq-Syria alliance (now very much in effect as the Â«4+1Â» alliance, including Hezbollah, actively fighting all strands of Salafi Jihadism in Syria). But it also includes isolating energy coordination among them, to the benefit of the Gulf petrodollar clients/vassals linked to US energy giants.

Thus Washingtonâs strategy so far of injecting the proverbial Empire of Chaos logic into Syria; feeding the flames of internal chaos, a pre-planed op by the CIA, Saudi Arabia and Qatar, with the endgame being regime change in Damascus.

An Iran-Iraq-Syria pipeline is unacceptable in the Beltway not only because US vassals lose, but most of all because in currency war terms it would bypass the petrodollar. Iranian gas from South Pars would be traded in an alternative basket of currencies.

Compound it with the warped notion, widely held in the Beltway, that this pipeline would mean Russia further controlling the gas flow from Iran, the Caspian Sea and Central Asia. Nonsense. Gazprom already said it would be interested in some aspects of the deal, but this is essentially an Iranian project. In fact, this pipeline would represent an alternative to Gazprom.

Still, the Obama administrationâs position was always to Â«supportÂ» the Qatar pipeline Â«as a way to balance IranÂ» and at the same time Â«diversify Europeâs gas supplies away from Russia.Â» So both Iran and Russia were configured as Â«the enemyÂ».

Qatarâs project, led by Qatar Petroleum, predictably managed to seduce assorted Europeans, taking account of vast US pressure and Qatarâs powerful lobbies in major European capitals. The pipeline would ply some of the route of a notorious Pipelineistan opera, the now defunct Nabucco, a project formerly headquartered in Vienna. 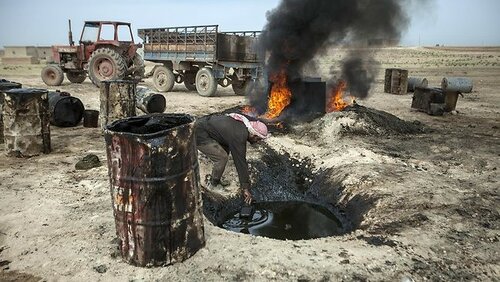 So implicitly, from the beginning, the EU was actually supporting the push towards regime change in Damascus â which so far may have cost Saudi Arabia and Qatar at least $4 billion (and counting). It was a scheme very similar to the 1980s Afghan jihad; Arabs financing/weaponizing a multinational bunch of jihadis/mercenaries, helped by a strategic go-between (Pakistan in the case of Afghanistan, Turkey in the case of Syria), but now directly fighting a secular Arab republic.

It got much rougher, of course, with the US, UK, France and Israel progressively turbo-charging all manner of covert ops privileging Â«moderateÂ» rebels and otherwise, always targeting regime change.

The game now has expanded even more, with the recently discovered offshore gas wealth across the Eastern Mediterranean â âin offshore Israel, Palestine, Cyprus, Turkey, Egypt, Syria, and Lebanon. This whole area may hold as much as 1.7 billion barrels of oil and up to 122 trillion cubic feet of natural gas. And that could be a mere third of the total undiscovered fossil fuel wealth in the Levant.

From Washingtonâs point of view, the game is clear: to try to isolate Russia, Iran and a Â«regime-unchangedÂ» Syria as much as possible from the new Eastern Mediterranean energy bonanza.

And that brings us to Turkey â now in the line of fire from Moscow after the downing of the Su-24.

Ankaraâs ambition, actually obsession, is to position Turkey as the major energy crossroads for the whole of the EU. 1) As a transit hub for gas from Iran, Central Asia and, up to now, Russia (the Turkish Stream gas pipeline is suspended, not cancelled). 2) As a hub for major gas discoveries in the Eastern Mediterranean. 3) And as a hub for gas imported from the Kurdistan Regional Government (KRG) in northern Iraq.

Turkey plays the role of key energy crossroads in the Qatar pipeline project. But itâs always important to remember that Qatarâs pipeline does not need to go through Syria and Turkey. It could easily cross Saudi Arabia, the Red Sea, Egypt and reach the Eastern Mediterranean.

So, in the Big Picture, from Washingtonâs point of view, what matters most of all, once again, is Â«isolatingÂ» Iran from Europe. Washingtonâs game is to privilege Qatar as a source, not Iran, and Turkey as the hub, for the EU to diversify from Gazprom.

This is the same logic behind the construction of the costly Baku-Tblisi-Ceyhan (BTC) pipeline, facilitated in Azerbaijan by Zbigniew Â«Grand ChessboardÂ» Brzezinski in person.

As it stands, prospects for both pipelines are less than dismal. The Vienna peace process concerning Syria will go nowhere as long as Riyadh insists on keeping its weaponized outfits in the Â«non-terroristÂ» list, and Ankara keeps allowing free border flow of jihadis while engaging in dodgy business with stolen Syrian oil.

Whatâs certain is that, geo-economically, Syria goes way beyond a civil war; itâs a vicious Pipelineistan power play in a dizzying complex chessboard where the Big Prize will represent a major win in the 21st century energy wars.