The presidential election in Argentina pitted the people against neoliberalism and the people won. What happens next will have a tremendous impact all over Latin America and serve as a blueprint for assorted Global South struggles.

The presidential election in Argentina was no less than a game-changer and a graphic lesson for the whole Global South. It pitted, in a nutshell, the people versus neoliberalism. The people won â with new President Alberto Fernandez and former President Cristina FernÃ¡ndez de Kirchner (CFK) as his VP.

Neoliberalism was represented by Mauricio Macri: a marketing product, former millionaire playboy, president of football legends Boca Juniors, fanatic of New Age superstitions, and CEO obsessed with spending cuts, who was unanimously sold by Western mainstream media as the new paradigm of a post-modern, efficient politician.

Well, the paradigm will soon be evacuated, leaving behind a wasteland: \$250 billion in foreign debt; less than \$50 billion in reserves; inflation at 55 percent; the U.S. dollar at over 60 pesos (a family needs roughly \$500 to spend in a month; 35.4 percent of Argentine homes canât make it); and, incredible as it may seem in a self-sufficient nation, a food emergency.

Macri, in fact the president of so-called Anti-Politics, No- Politics in Argentina, was a full IMF baby, enjoying total âsupportâ (and gifted with a humongous \$58 billion loan). New lines of credit, for the moment, are suspended. Fernandez is going to have a really hard time trying to preserve sovereignty while negotiating with foreign creditors, or âvultures,â as masses of Argentines define them. There will be howls on Wall Street and in the City of London about âfiery populism,â âmarket panicking,â âpariahs among international investors.â Fernandez refuses to resort to a sovereign default, which would add even more unbearable pain for the general public.

The good news is that Argentina is now the ultimate progressive lab on how to rebuild a devastated nation away from the familiar, predominant framework: a state mired in debt; rapacious, ignorant comprador elites; and âeffortsâ to balance the budget always at the expense of peopleâs interests.

What happens next will have a tremendous impact all over Latin America, not to mention serve as a blueprint for assorted Global South struggles. And then thereâs the particularly explosive issue of how it will influence neighboring Brazil, which as it stands, is being devastated by a âCaptainâ Bolsonaro even more toxic than Macri.

It took less than four years for neoliberal barbarism, implemented by Macri, to virtually destroy Argentina. For the first time in its history Argentina is experiencing mass hunger.

In these elections, the role of charismatic former President CFK was essential. CFK prevented the fragmentation of Peronism and the whole progressive arc, always insisting, on the campaign trail, on the importance of unity.

But the most appealing phenomenon was the emergence of a political superstar: Axel Kicillof, born in 1971 and CFKâs former economy minister. When I was in Buenos Aires two months ago everyone wanted to talk about Kicillof.

The province of Buenos Aires congregates 40 percent of the Argentine electorate. Fernandez won over Macri by roughly 8 percent nationally. In Buenos Aires province though, the Macrists lost by 16 percent â because of Kicillof.

Kicillofâs campaign strategy was delightfully described as âClio mata big dataâ (âClio kills big dataâ), which sounds great when delivered with a porteÃ±o accent. He went literally all over the place â 180,000 km in two years, visiting all 135 cities in the province â in a humble 2008 Renault Clio, accompanied only by his campaign chief Carlos Bianco (the actual owner of the Clio) and his press officer Jesica Rey. He was duly demonized 24/7 by the whole mainstream media apparatus.

What Kicillof was selling was the absolute antithesis of Cambridge Analytica and Duran Barba â the Ecuadorian guru, junkie of big data, social networks and focus groups, who actually invented Macri the politician in the first place.

Kicillof played the role of educator â translating macroeconomic language into prices in the supermarket, and Central Bank decisions into credit card balance, all to the benefit of elaborating a workable government program. He will be the governor of no less than the economic and financial core of Argentina, much like Sao Paulo in Brazil.

Fernandez, for his part, is aiming even higher: an ambitious, new, national, social pact â congregating unions, social movements, businessmen, the Church, popular associations, aimed at implementing something close to the Zero Hunger program launched by Lula in 2003.

In his historic victory speech, Fernandez cried, âLula libre!â (âFree Lulaâ). The crowd went nuts. Fernandez said he would fight with all his powers for Lulaâs freedom; he considers the former Brazilian president, fondly, as a Latin American pop hero. Both Lula and Evo Morales are extremely popular in Argentina.

Inevitably, in neighboring, top trading partner and Mercosur member Brazil, the two-bit neofascist posing as president, whoâs oblivious to the rules of diplomacy, not to mention good manners, said he wonât send any compliments to Fernandez. The same applies to the destroyed-from-the-inside Brazilian Ministry of Foreign Relations, once a proud institution, globally respected, now âledâ by an irredeemable fool.

Former Brazilian Foreign Minister Celso Amorim, a great friend of Fernandez, fears that âhidden forces will sabotage him.â Amorim suggests a serious dialogue with the Armed Forces, and an emphasis on developing a âhealthy nationalism.â Compare it to Brazil, which has regressed to the status of semi-disguised military dictatorship, with the ominous possibility of a tropical Patriot Act being approved in Congress to essentially allow the ânationalistâ military to criminalize any dissidence.

Beyond Argentina, South America is fighting neoliberal barbarism in its crucial axis, Chile, while destroying the possibility of an irreversible neoliberal take over in Ecuador. Chile was the model adopted by Macri, and also by Bolsonaroâs Finance Minister Paulo Guedes, a Chicago boy and Pinochetist fan. In a glaring instance of historical regression, the destruction of Brazil is being operated by a model now denounced in Chile as a dismal failure.

No surprises, considering that Brazil is Inequality Central. Irish economist Marc Morgan, a disciple of Thomas Piketty, in a 2018 research paper showed that the Brazilian 1 percent controls no less than 28 percent of national wealth, compared to 20 percent in the U.S. and 11 percent in France. 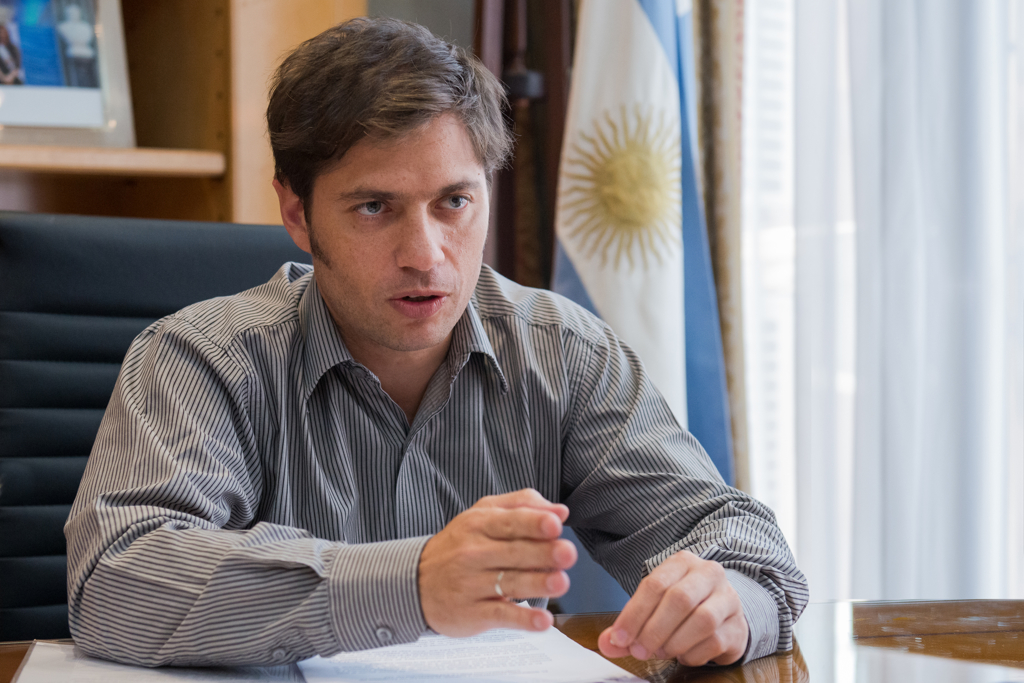 Which bring us, inevitably, to the immediate future of Lula â still hanging, and hostage to a supremely flawed Supreme Court. Even conservative businessmen admit that the only possible cure for Brazilâs political recovery â not to mention rebuilding an economic model centered on wealth distribution â is represented by âFree Lula.â

When that happens we will finally have Brazil-Argentina leading a key Global South vector towards a post-neoliberal, multipolar world.

Across the West, usual suspects have been trying to impose the narrative that protests from Barcelona to Santiago have been inspired by Hong Kong. Thatâs nonsense. Hong Kong is a complex, very specific situation, which I have analyzed, for instance, here, mixing anger against political non-representation with a ghostly image of China.

Each of the outbursts â Catalonia, Lebanon, Iraq, the Gilets Jaunes/Yellow Vests for nearly a year now â are due to very specific reasons. Lebanese and Iraqis are not specifically targeting neoliberalism, but they do target a crucial subplot: political corruption.

Protests are back in Iraq including Shiâite-majority areas. Iraqâs 2005 constitution is similar to Lebanonâs, passed in 1943: power is distributed according to religion, not politics. This is a French colonizer thing â to keep Lebanon always dependent, and replicated by the Exceptionalists in Iraq. Indirectly, the protests are also against this dependency.

The Yellow Vests are targeting essentially President Emmanuel Macronâs drive to implement neoliberalism in France â thus the movementâs demonization by hegemonic media. But itâs in South America that protests go straight to the point: itâs the economy, stupid. We are being strangled and weâre not gonna take it anymore. A great lesson can be had by paying attention to Bolivian Vice-President Alvaro Garcia Linera.

As much as Slavoj Zizek and Chantal Mouffe may dream of Left Populism, there are no signs of progressive anger organizing itself across Europe, apart from the Yellow Vests. Portugal may be a very interesting case to watch â but not necessarily progressive.

To digress about âpopulismâ is nonsensical. Whatâs happening is the Age of Anger exploding in serial geysers that simply cannot be contained by the same, old, tired, corrupt forms of political representation allowed by that fiction, Western liberal democracy.

Zizek spoke of a difficult âLeninistâ task ahead â of how to organize all these eruptions into a âlarge-scale coordinated movement.â Itâs not gonna happen anytime soon. But, eventually, it will. As it stands, pay attention to Linera, pay attention to Kiciloff, let a collection of insidious, rhizomatic, underground strategies intertwine. Long live the post-neoliberal Ho Chi Minh trail.