As we advanced past the first hour of a historic interview â see here and here â at a Federal Police building in Curitiba, southern Brazil, where Lula has been incarcerated for over 500 days as part of the lawfare endgame in a complex coup, former president Luiz Inacio Lula da Silva was on a roll.

âLet me tell you about Iran.â

He felt relaxed enough to start telling stories of political negotiation at the highest level. He had already set the context. Nuggets abounded â especially focusing on the sometimes rocky relationship between Brasilia and Washington. Here are only three examples:

1) On the overall relationship with the US:

âPeople think that Iâm angry at the Americans. On the contrary, we had a very healthy political relationship with the US, and that should be the case for Brazil. But to be subservient, never.â 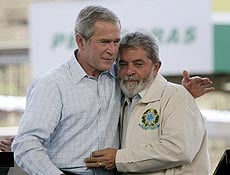 âBush accepted ideas with more fluidity than Obama. Obama was much tougher with Brazil. Iâm certain that Hillary Clinton does not like Latin America, and she didnât like Brazil. I had two big fights with her, one in a meeting in Trinidad-Tobago and another in Copenhagen [at the climate conference COP-15]. She arrived late, bossing everyone around. I said, âLady, hang on. Wait for your turn. Iâve been here for three days.â The petulance and arrogance of the Americans disturbs me, even if I think that the United States is always an important nation, and we should always maintain a good relationship.â

âWe tried to organize intelligence in the Air Force, the Navy, along with Federal Police intel, but among them there were some pretty serious fights. Whoever has intel has power, so no one wants to relay information to the competitorâ¦. I imagined that after it was clear [from Edward Snowdenâs revelations about National Security Agency surveillance] that â¦ the United States was investigating Brazil â¦ I imagined we would have a tougher position, maybe talking to the Russians and the Chinese, to create another system of protection. Our main political gesture was Dilma [Rousseff, then the Brazilian president] traveling to the US, but Obama, it seems to me, had very little influence.

âIt was fantastic, Obamaâs capacity to deliver beautiful speeches, but the next day nothing happened, nothing, nothing. I think the United States was too big for Obama, he was too young, too inexperienced. And you know that the US State Department is very powerfulâ¦. I think Obama was a good man. When I went to visit him the first time â¦ I left with a lingering doubt: there was no one remotely similar to him in the meeting. I said to myself, âThis guy has no one matching him here.â And in our conversation, I said, âObama, you may be the President of the United States who has the greatest possibility to effect change in this country. Because you only need to have the audacity that black people had to vote for you. The people have already granted you the audacity. Make the best of it.ââ¦ But then, nothing much happened.â

And that would set the scene for the inside story of the first Iran nuclear deal, clinched in Tehran in 2010 by Iran, Brazil and Turkey, and centered on a nuclear fuel swap, years before the Joint Comprehensive Plan of Action reached in Vienna in 2015 by the five permanent members of the UN Security Council, plus Germany.

History will register that as Donald Trump smashed the JCPOA, Hillary Clinton scotched the original deal less than 24 hours after it was clinched, calling instead for a new round of sanctions against Iran at the UN Security Council.

This is how I reported it for Asia Times. Lula, in early 2010, had already told Hillary in person it was not âprudent to push Iran against the wall.â

So what really happened in Tehran? 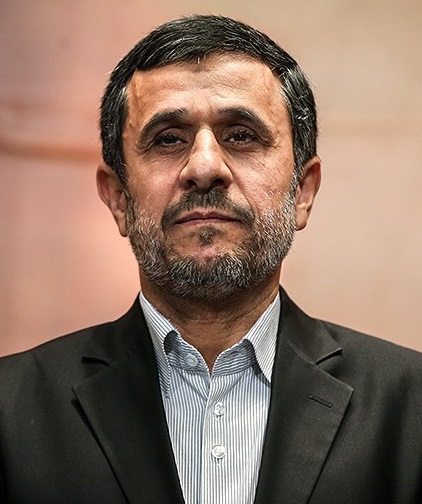 âI was in New York. And [then Iranian President Mahmoud] Ahmadinejad didnât like me. He showed respect, but his preferential relationship here in the continent was with [Bolivian President] Evo Morales and my friend [Venezuelaâs Hugo] Chavezâ¦ Then one day in New York, I decided to talk to Ahmadinejad, because he had said it was a lie that six million Jews had died. And then I said, âLook, Ahmadinejad, I came here because I wanted to know if itâs true that you said that the Jews want to be heroes because they died in the war. I wanna tell you something: The Jews did not die in the war. The Jews were victims of a genocide. They were not soldiers fighting. They were free men, women and children who were taken to concentration camps and killed, thatâs different.â

âHe said, âI know,â and I said, âIf you know, tell it to everyone, itâs not possible to deny that six million people were killed.â â¦ Well, during this conversation I said, âIâd like to go to Tehran to talk to you about the nuclear bomb. What do I want from you? I want you to have the same right that Brazil has. Brazil enriches uranium for scientific and peaceful purposes. I want you to do enrichment the same way as Brazil. But if thereâs an atomic bomb, Iâm against it.â

âThen I sent [Foreign Minister] Celso Amorim ahead, a few times. We cultivated a relationship with Turkey. It was something very funny. I met the great Ayatollah Khamenei, I had a meeting with him, I think he fell in love with me because I told him my life story. When I told him that I ate bread for the first time when I was seven years old, I thought, âI think I won this guy.â He lavished extraordinary attention on us. We talked for over two hours. Then I left Khamenei and went to talk to the president of their congress; he looked like a czar. Then I went to dinner with Ahmadinejad, while Celso Amorim was negotiating with their prime minister.

âAhmadinejad was not getting to the point, and I said, âLet me tell you something.â And we had two interpreters: one who translated him into English, and Celso, who translated from English to me. I said, âYou know that Iâm here being bashed by the Americans. Hillary Clinton called the Emir of Qatar to tell me that I could not come, to tell me that I would be fooled. When I arrived in Moscow, [then-president Dmitri Medvedev said, âHillary called, asking me to tell you not to go [because] the Iranians are liars.â There was even a media joke: They were asking about the chance of a deal. Medvedev said â10%,â and I said â99% â we are going there and we are going to do it.â

âThen I arrived, I was sitting down with Ahmadinejad, and I said, âHey, little guy [laughs], you know that Iâm here, Iâm losing my friends. Obama is nervous with me â Obama was the most nervous among them all, Angela Merkel does not want me to be here. The only one more or less favorable was [then-French president Nicholas] Sarkozy, and I came here because I think Iran is a very important country, not only from the point of view of your population but from the point of view of your culture. And I want Iran not to suffer the consequences of an embargo because an embargo is worse than war. In war, you kill soldiers. With an embargo you kill children, you kill people with serious illnesses.â

âIt was already 10pm at night and I said, âIâm not leaving here without a deal.â Up to this moment, there was no chance of a deal. Around midnight I was discussing things with my aides at the hotel. I was even imagining the headlines in Brazil, against my trip. Then Celso arrived at one in the morning and said, âThereâll be a deal.â

No talk, no deal

âI imagined I would be invited to the White House, or to Berlin by Angela Merkelâ¦. So imagine my surprise when they were so nervous. You know that kid that goes to school, gets an âA,â tells his mother and the mother thinks itâs a bad thing? I think they were pissed because Brazil could not possibly have achieved what they did not. They started to diss us, so what did I do? I took a letter that comrade Obama had sent, saying what would be good for the United States. And the Reuters news agency released Obamaâs letter. And the letter was the same thing as the deal we clinched.

After hearing this story I asked Lula â the ultimate instinctive politician â if he felt Obama had stabbed him in the back:

âNo,â he replied. âI think, have you ever received a gift you didnât know how to put it together?â

This is the last of a three-part series from a world exclusive interview with Lula, the former Brazilian president, who remains in jail. Door Is Closing on an Iran Nuclear Deal
Blinken Blinks
Philip Giraldi
• 100 Comments • Reply
← Welcome to the Indo-Russia Maritime Sil...We Are All Hostages of 9/11 →
Current Commenter
says:
Current Date at Time Now
Leave a Reply - Comments on articles more than two weeks old will be judged much more strictly on quality and tone
Cancel Reply
Commenting Disabled While in Translation Mode