On the same day that United States President Barack Obama arrived in Jakarta, Indonesia, turning on the charm quotient to reconnect with his (doomed?) quest of “building bridges” with Muslim countries, former president George W Bush – who smashed those bridges in the first place – hit a Borders bookstore about a kilometer from his home in Dallas, Texas, on the first stop in the long march of flogging his 481-page memoir, Decision Points.

For countless sentient beings around the world, the alignment of the words “Bush” and “book” in the same sentence requires a suspension of disbelief. Regardless of the merits of his ghost written saga, this “boy emperor” (copyright Gore Vidal) is sure to ride welcoming waves of media adulation. Even before the book was published, the whole world had already been informed – in disbelief – that the counterfeit cowboy has an iPad, surfs the web, and is an avid reader of God – via the Bible – and the god of media – Rupert Murdoch. The Bible and the Wall Street Journal; it’s a long way for a man who, in college, admitted to having read only two books in his life.

First thing I do, call my lawyer

Any doubts on how swiftly the Great Decider acted on 9/11? These lines will placate any metaphysical quest: “The first plane could have been an accident. The second was definitely an attack. The third was a declaration of war … My blood was boiling. We were going to find out who did this, and kick their ass …”

And kick ass he did, not only as a bomber but as waterboarder-in-chief. Bush told his ghost writer that he ordered “[Central Intelligence Agency] CIA experts” to compile a list of interrogation techniques. “At my direction, Department of Justice and CIA lawyers conducted a careful legal review. The enhanced interrogation program complied with the constitution and all applicable laws, including those that ban torture.”

Obama is a former professor of constitutional law. It would be lovely to have his opinion on the record. But the whole world already knows that Bush’s lawyer, Alberto Gonzales, qualified the 1947 Geneva Conventions that deal with prisoner-of-war’s rights as “quaint” and “obsolete”.

Expect the boy emperor to persist in the same line of defense all through the book-publicity avalanche – as exhibited in his first major interview to NBC broadcast Monday night. The line of defense is essentially “I was just following orders” – orders from subordinates.

Asked about why he authorized waterboarding as legal, he said, “Because the lawyer said it was. He said it did not fall within the Anti-Torture Act. I’m not a lawyer, but you gotta trust the judgment of people around you and I do.”

Not only Americans and the world should thank Bush lawyer John Yoo, they should also thank terror suspect Abu Zubaydah. According to the Decider’s new gospel, “His understanding of Islam was that he had to resist interrogation only up to a certain point. Waterboarding was the technique that allowed him to reach that threshold, fulfill his religious duty, and then cooperate.” Thus Zubaydah told Bush, “You must do this for all the brothers.”

“Kick ass” was duly followed by a swift “damn right” when the CIA asked Bush’s permission to waterboard alleged 9/11 mastermind Khalid Sheikh Mohammed (KSM) 183 times. (Spanish Inquisition notables – who actually invented the tortura de agua – may rest in peace; they still retain the copyright.) But there’s the small matter that all this was inconsequential; in a 2008 Vanity Fair article a former CIA officer said 90% of what KSM disclosed was “total bullshit”, and a former Pentagon analyst said it led to “no actionable intelligence”.

The Iraq war was such a foregone conclusion that its announcement could not possibly be the stuff of Faulkner. Here’s ghost written Bush; “I turned to [former defense secretary] Don Rumsfeld. ‘Mr Secretary,’ I said, ‘for the peace of the world and the benefit and freedom of the Iraqi people, I hereby give the order to execute ‘Operation Iraqi Freedom’. May God bless the troops.”

Puzzled readers – not the least Iraqis – may eventually find out how to interpret “peace” and “freedom” in this context. The boy emperor insists Saddam rejected “every opportunity” to avoid war. The reality was exactly the opposite, Saddam Hussein offered to go into exile, unconditionally, on March 2003, but Washington turned him down.

Anyway, Saddam “had something to hide, something so important that he was willing to go to war for it”. Thus, “letting a sworn enemy of America refuse to account for his weapons of mass destruction was a risk I could not afford to take”. Instead of a phone call to Hans Blix, the chief United Nations weapons inspector in Iraq – or acknowledging that weapons of mass destruction (WMD) did not exist since 1995, as defector Hussein Kamel had told the UN inspectors – the Decider preferred shock and awe.

In a letter he “scrawled out” to “Dad” the same day, one learns that, yes, the war was a foregone conclusion; “In spite of the fact that I had decided a few months ago to use force, if need be, to liberate Iraq and rid the country of WMD, the decision was an emotional one”. It was a mission from God anyway; “I do pray few will lose life. Iraq will be free, the world will be safer.”

The boy emperor at least admits his response to Hurricane Katrina in 2005 was “not only flawed” but “unacceptable”. Yet he was – as always – right; “The problem was not that I made the wrong decisions. It was that I took too long to decide.” Long enough to have provided him with “the worst moment” of his eight imperial years. Not 9/11. Not destroying Iraq. But rapper Kanye West saying, “George Bush does not like black people.” Ouch. That hurts.

Needless to say, from now on this atrocity exhibition – high crimes, misdemeanors and abuse of power at the highest levels – masquerading as a bland ghost-written gospel will be neutralized to kingdom come in a marathon of talk shows, book signings and photo ops, not to mention the upcoming inauguration of the Bush “Presidential Center” in Dallas on November 16. The New York Times, for instance, won’t even dare suggest that waterboarding might be considered as torture.

So yes, doublespeak is indeed the law of the land. War is peace. Truth is lies. Invasion is liberation. Resistance is insurgency. Cluelessness is decision. And the boy emperor is not where some believe he belongs – the International War Crimes Tribunal at The Hague. 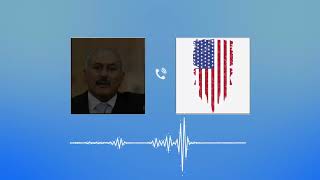 Is Washington Under Alien Control?
Biden and Blinken get everything backwards in terms of US interests
Philip Giraldi • January 25, 2022
• 1,500 Words • 158 Comments • Reply