On 9 to 10 November 1938 the German government encouraged its supporters to burn down synagogues and smash up Jewish homes, shops, businesses, schools. At least 91 Jews â and probably many more â were killed by Nazi supporters egged on by Joseph Goebbels, the minister for public enlightenment and propaganda, in what became known as Kristallnacht â âthe Night of Broken Glassâ. It was a decisive staging post on the road to mass genocide.

On 23 February 2020 in Delhi, Hindu nationalist mobs roamed the streets burning and looting mosques together with Muslim homes, shops and businesses. They killed or burned alive Muslims who could not escape and the victims were largely unprotected by the police. At least 37 people, almost all Muslims, were killed and many others beaten half to death: a two-year-old baby was stripped by a gang to see if he was circumcised â as Muslims usually are, but Hindus are not. Some Muslim women pretended to be Hindus in order to escape.

Government complicity was not as direct as in Germany 82 years earlier, but activists of the ruling Bharatiya Janata Party (BJP), led by Indian prime minister Narendra Modi, were reported as being in the forefront of the attacks on Muslims. A video was published showing Muslim men, covered in blood from beatings, being forced to lie on the ground by police officers and compelled to sing patriotic songs. Modi said nothing for several days and then made a vague appeal for âpeace and brotherhoodâ.

The governmentâs real attitude towards the violence was shown when it instantly transferred a judge critical of its actions during the riots. Judge Muralidhar of the Delhi High Court was hearing petitions about the violence when he said that the court could not allow âanother 1984â to happen, referring to the killing of 3,000 Sikhs by mobs in Delhi in that year after the assassination of former prime minister Indira Gandhi by her Sikh bodyguards. He said the government should provide shelter for those who had been forced to flee and questioned if the police were properly recording victimsâ complaints.

The government says that Judge Muralidharâs transfer had already been announced and claims that its speedy implementation of the move had nothing to do with his remarks.

Accusations of fascist behaviour by present day political leaders and their governments, similar to that of fascist regimes in Germany, Italy and Spain in the 1930s and 1940s, should not be made lightly. Such comparisons have been frequently levelled in recent years against nationalist, authoritarian populists from the US and the Philippines to Poland to Brazil. Often the allegation is believed by the accuser and, at other times, it is simply a term of abuse. Yet Modi and the BJP appear closer than other right-wing regimes to traditional fascism in their extreme nationalism and readiness to use violence. At the centre of their agenda is their brand of Hindu nationalism and a relentless bid to marginalise or evict Indiaâs 200 million Muslims.

The rest of the world has been slow to grasp the gravity of what is happening in India because the Modi government has played down its project to shift India away from its previous status as a pluralistic secular state. The sheer number of people negatively affected by this change is gigantic: if the Muslim minority in India was a separate country then it would be eighth largest state in the world by population.

The violence in Delhi this week stems from the fear and hatred generated by the government-directed pincer movement against Muslims in India. One pincer is in the shape of the Citizenship Amendment Act (CAA), under which non-Muslim migrants can swiftly gain Indian citizenship but Muslims cannot. Even more threatening is the National Register of Citizens (NRC), which is likely to deprive many Indian Muslims of their citizenship. It was the non-violent protests and demonstrations opposing these measures that provoked the Hindu nationalist mobs into staging what was close to a pogrom earlier this week.

Just how far Modi and the BJP will go in their anti-Muslim campaign is already in evidence in Jammu and Kashmir, the one Indian state with a Muslim majority. It was summarily stripped of its autonomy last August and has been locked down ever since. Mass detentions and torture are the norm according to the few witnesses able to report what they have seen.

For 150 days after the government revoked Jammu and Kashmirâs special status, the internet was cut off and it has only been restored to a very limited degree since January. The security forces detain who they want and distraught family members complain that they cannot find their relatives or that they are too poor to visit them in prisons that may be 800 miles away.

The isolation of Kashmir has largely worked from the government point of view in sealing it off from the outside world. But would it make much difference if events there were better known? The burnings and killings in Delhi this week are well publicised, but regarded with a certain tolerance internationally: Modi can trade off Indiaâs reputation as a ramshackle democracy and a feeling that âcommunal violenceâ is traditional in India, like hurricanes in Florida or earthquakes in Japan, and nobody is really to blame.

There has been an encouraging, though fiercely repressed, wave of opposition in India to the degradation of its non-sectarian traditions. The danger here â and the mobs in Delhi may be a sign of this â is that Modi and his government will respond to these protests by playing the Hindu nationalist card even more strongly.

Dealing with foreign criticism, the government may say that, regardless of its domestic political programme, it is supercharging economic growth and this excuses its other failings. Authoritarian regimes, with control over most of their own media, often make such claims and, when economic statistics show the opposite, they simply fake a new set of figures. A recent study of the Indian economy noted that, while overall economic growth had supposedly risen strongly, the growth in investment, profits, tax revenues, imports, exports, industrial output and credit had all weakened in recent years.

In one respect, Modi is in a stronger position than Germany after Kristallnacht. President Roosevelt responded with a statement denouncing antisemitism and violence in Germany and promptly withdrew the US ambassador. President Trump, on a two-day visit to India at a time that Muslims were being hunted down and killed a few miles from where he was sitting, said he was satisfied that Modi was working âreally hardâ to establish religious freedom.

(Republished from The Independent by permission of author or representative)
← With WikiLeaks, Julian Assange Did What...Letâs Stop Pretending People with Ser... →

If You Want to Punch a Real Fascist, Go to India
Peter Lee
• 149 Comments • Reply

Modi and CPEC Put Gilgit-Baltistan On the Table
Peter Lee
• 15 Comments • Reply
← With WikiLeaks, Julian Assange Did What...Letâs Stop Pretending People with Ser... →
Hide 245 CommentsLeave a Comment
"Muslims Are Being Murdered in India"
• 245 Comments
Commenters to Ignore
Commenters to ignore (one per line) 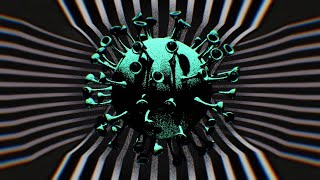