Tens of thousands of Shia militiamen are poised to join the battle for Fallujah, 40 miles west of Baghdad, in a bid to recapture it from Isis fighters who seized the city 18 months ago. The battle is likely to be one of the decisive military engagements of the Iraq war as Fallujah has been at the centre of the Sunni revolt in Iraq since the US invaded the country in 2003.

âFallujah is surrounded, but we will take it little by little,â Brigadier-General Ali Musleh, a senior commander of the Shia militia force known as the Hashid Shaabi, told The Independentas Iraqi armed forces pressed Fallujah on three sides. Iraqi forces say they are keeping open a corridor through which civilians can escape before ground fighting escalates.

In a brief statement, Iraqâs Prime Minister, Haider al-Abadi, vowed to âtake revenge from Daesh [Isis] criminals on the battlefield â¦ and their cowardly crimes against unarmed civilians will only increase our determination to chase them and to expel them from the land of Iraqâ.

The Hashid Shaabi is made up of volunteers who answered a call to arms by Grand Ayatollah Ali al-Sistani after Isis captured Mosul on 10 June 2014. The Iraqi government announced the beginning of the operation to retake the giant Sunni province of Anbar that is 85 per cent held by Isis. Hashid forces match Isis fighters in their fanatical willingness to fight to the death. They are numerous, inspired by religious faith and have been successful in fighting around Baghdad. But their failings include a lack of experienced commanders and training, leading to heavy casualties.

The Iraqi army was weakened and discredited when it unexpectedly lost Ramadi, the capital of Anbar province, to Isis fighters on 17 May this year. The Shia-dominated government badly needs a victory against Isis and has no alternative but to use Shia militia units.

In the build-up to the battle Hashid military leaders have been leaving the holy city of Karbala, site of two of the greatest Shia shrines, for the front line around Fallujah, 54 miles to the north.

âThe fighting has already started and I have been told to be at the front by tomorrow morning,â a Hashid member said late last night.

Fallujah was twice besieged by US Marines in 2004, their forces finally storming the city after prolonged bombardment by air strikes and heavy artillery. Isis has had a long time to plant IEDs and booby traps, which it has used to great effect in the past. Its tactics include well-trained snipers, mortar teams and suicide bombers, the latter deployed in large numbers and driving vehicles that have been specially armoured and packed with explosives.

The poor training of Hashid forces is confirmed by Colonel Salah Rajab, who was deputy commander of the Habib Battalion of the Ali Akbar Brigade, a 300-strong unit whose soldiers come from Karbala. He was so badly wounded by the blast from a mortar bomb on 3 July that his lower right leg has been amputated. Looking cheerful and resolute despite his injury, he explains that he is a 55-year-old military professional who was a colonel in the old Iraqi army from which he resigned in 1999. He says: âI joined the Hashid to defend my country against foreigners and I had been fighting in Baiji city for 16 days when a mortar bomb landed near me, leaving two of our men dead and four wounded.â

Lying in bed in the Hussein Teaching Hospital in Karbala in a ward full of wounded Hashid fighters, Col Rajab lists the main weaknesses of his men. He says that âthere is a lack of experienced commanders who know how to direct an attack, though they do ask advice from professional military officers and usually listen to usâ.

There is a general lack of training for the volunteers, making them less efficient and liable to suffer losses, Col Rajab says, adding that âthey get a maximum of three monthsâ training when they need six monthsâ. This lack of experience and training not only affects tactics, but security. He says that âDaesh [Isis] is continually hacking into our communications, finding out what we are doing and inflicting heavy lossesâ.

These points are borne out by the stories of other wounded Hashid fighters in the hospital. Omar Abdullah, a thin-looking 18-year-old with a heavily bandaged broken arm and leg, says he had just 25 daysâ training before being committed to battle in Baiji. What happened next shows the sophistication of Isisâs battlefield skills.

Mr Abdullah says: âWe were shot at by snipers and we ran into a house to seek cover. There were 13 of us and we didnât realise that the house was full of explosives.â No sooner had they fallen into the trap than Isis detonated the bombs in the house, killing nine and wounding four of the fighters. What did Mr Abdullah think of the short training period? He says: âIt should be more, but we need to fight as soon as possible.â

Isis has always relied heavily on IEDs, booby traps and suicide bombers to slow the advance of their enemies and cause casualties. Fadil Rashid is a bomb disposal expert from Nassiriya, south-east of Baghdad, who was on patrol north of Samara in Salahuddin province when he saw a suspicious-looking bridge about 15ft long over a canal. Before he could prevent him, one of his men put a foot on the bridge, detonating a bomb that killed four and wounded three men.

It seems likely that Isis will fight for Fallujah in a way that it did not fight for Tikrit, Saddam Husseinâs home town, which fell on 1 April after a monthâs siege to an assault led by Shia militiamen. But Isis did not fight hard to hold it while preparing for a surprise counter-attack at Baiji and Ramadi.

Fallujah is more important because it was the first Iraqi city to be taken over by the militants, in January 2014. It is close to Baghdad and poses a threat to the capital. An early sign of the military weakness of the Iraqi government early last year was its inability to launch a successful counter-offensive to recapture Fallujah.

If Fallujah does fall then it will be a mixed blessing for the Iraqi government, which has only limited control over the Shia militias that are now its main fighting force. The regular army has only about between 10,000 and 12,000 reliable combat troops. These are, however, reported to be exhausted and fought-out by being rushed from crisis to crisis without rest.

An important feature in the battle for Fallujah will be the willingness of the US to use its air power to support the Hashid attack. At Tikrit and Ramadi the US insisted that its air power be used only to support regular Iraqi army troops. The US sees several of the Shia militias as being under the control of Iran, though there are others more closely allied to the government.

Yesterday, a delivery of 36 F-16 fighter jets purchased by the Iraqi government was reported to have arrived at Balad air base, north of Baghdad.

If Isis does fight for Fallujah street by street then the destruction may be greater even than it was in 2004 when the US used heavy artillery and air strikes on civilian areas. Isis is preventing civilians from leaving. Baghdad has postponed its bid to recapture Ramadi until after it has taken Fallujah but, if it fails to do so, there will be little long-term chance of defeating the âIslamic Stateâ in Iraq.

(Republished from The Independent by permission of author or representative)
← We Can All Get by Quite Well Without Ba...On the Front Line of the War Against Is... → How Saudi Arabia Helped Isis Take Over the North of Iraq
A speech by an ex-MI6 boss hints at a plan going back over a decade.
Patrick Cockburn
• 16 Comments • Reply
← We Can All Get by Quite Well Without Ba...On the Front Line of the War Against Is... →
Hide One CommentLeave a Comment
"Isis in Iraq: Thousands of Shia Militiamen to Join Decisive Battle to Take Back Fallujah"
• One Comment
Commenters to Ignore
Commenters to ignore (one per line)

← We Can All Get by Quite Well Without Ba...On the Front Line of the War Against Is... →
Current Commenter
says:
Current Date at Time Now
Leave a Reply - Comments on articles more than two weeks old will be judged much more strictly on quality and tone
Cancel Reply 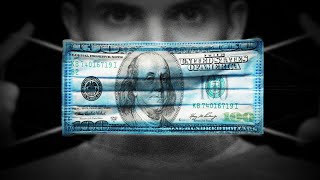