Northern Iraq is one of the most fought over places on earth. Ancient and modern fortifications are everywhere. Just outside Erbil is the site of the battle of Gaugamela where Alexander the Great defeated the Persian army in 331 BC. Saddam Husseinâs soldiers fought the Kurds here for decades. But the nine-month long struggle for Mosul between Iraqi government forces and Isis, which just ended, is probably the most important and decisive battle ever fought in this region.

It is ending with a victory of historic proportions for the Iraqi government which will go far to shape the political future of not just Iraq, but the region as a whole. Isis, which for three years had an army, administration and territory making it more powerful than many members of the UN, has been defeated. It will revert to guerrilla warfare, but it will no longer be in control of a state machine through which it exercised its monstrous rule.

The decisive nature of what has just happened needs to be emphasised, because the likelihood of continuing violence in Iraq may give the mistaken impression that nothing much has radically changed. Iraq also has a long tradition of over-confident rulers declaring victory, such as President George W Bush in 2003, only to see their supposed gains evaporating within a few months or years.

There will be more fighting and Isis still holds enclaves in Iraq at Tal Afar, west of Mosul, and Hawaija near Kirkuk, but these are isolated and will be overrun; in Syria, Isis fighters are holding out in the city of Raqqa and towns further south along the Euphrates. Overall, Isis in future will hide in the deserts of western Iraq and eastern Syria, capable of raids and terrorist attacks, but nothing like the threat it posed to whole populations in 2014 -17.

The Iraqi government is not quite getting the credit it deserves internationally for defeating Isis. Some of the scepticism is not its fault, but reflects worldwide disbelief in claims of military success in the wider Middle East after seeing these disproved in Afghanistan after 2001, Iraq after 2003 and Libya after 2011.

But the Iraqi government is often its own worst enemy here. Other governments have slick PR operations pumping out information and disinformation favourable to themselves. Iraq, for its part, has a sort of anti-propaganda machine geared to denying the undeniable and grossly exaggerating or prematurely announcing very real successes with a consequent lack of credibility at home and abroad.

Over the last week, the Baghdad government and media kept on announcing with embarrassing frequency the final elimination of Isis in the Old City of Mosul. There is no doubt about who had won the battle,but Iraqi Prime Minster Haider al-Abadi ended up making his triumphal visit while the boom of bombs exploding and the rattle of gunfire could still be heard in the background. Official over-optimism was fuelled by different military units â Counter-Terrorism Service, Emergency Response Division and Federal Police â competing to be the first to announce that victory was theirs.

Who are the real winners and losers coming in this battle? The Iraqi government is the biggest winner and Isis the biggest loser. The people of Mosul got rid of Isis, but at terrible cost to themselves. Great stretches of west Mosul lie in ruins, some areas so badly hit that it is impossible to even visit them because the streets are choked with debris. I was in al-Jadida district where local people all complained that there had never been many Isis fighters, but, whenever a sniper fired a shot from a large building, the troops on the ground would call in airstrikes to demolish it.

One aspect of the war does not come across in much of the media reporting. It is clear, looking at wrecked streets towards the centre of the city, that much of the damage has been caused not by airstrikes, but by artillery and rocket fire that have knocked chunks out of buildings in a haphazard way. One can see the artillery of the Federal Police, a paramilitary force, near the airport road to the south of Mosul. Much of the bombardment of west Mosul, as opposed to the east, was in the shape of shells and rockets fired in the general direction of the enemy rather than at specific targets.

Nobody knows how many people were killed, but, talking to survivors, the number must be very large. One unconfirmed report says that civil defence workers have already pulled 2,000 bodies from the rubble. The Airwars monitoring group says that 5,805 civilians may have died in west Mosul between 19 February and 19 June. The authorities may not be trying to very hard to find out the true figure: one observer caustically noted that hundreds of planes, drones and artillery pieces were mobilised to bombard Mosul, but, on one day last week, only a single bulldozer could be found to aid the search for bodies buried under the ruins of the Old City.

The horrific civilian loss of life is explained in part by the merciless determination of Isis to prevent civilians from escaping and depriving them of human shields. Isis snipers shot people who tried to flee and Isis officials welded shut the metal doors of houses with people packed inside. It is difficult to think of any other example of a siege in which civilians have been herded together like this to deter air or artillery attack.

There is a compelling and meticulous account by Amnesty International of the bombardment called At Any Cost: The Civilian Catastrophe in West Mosul. Out of thousands of attacks in west Mosul, it investigates and documented 45 attacks that âit had reasonable grounds to attribute to Iraqi government or US-led coalition forces. These 45 attacks alone killed at least 426 civilians and injured more than 100.â The report should be read by everybody interested in why so many died in west Mosul.

âPro-government forces relied heavily upon explosive weapons with wide area effects such as IRAMs (Improvised Rocket Assisted Munitions),â it says. âWith their crude targeting abilities, these weapons wreaked havoc in densely populated west Mosul, where large groups of civilians were trapped in homes or makeshift shelters.â This is important because the government officials and the western media sometimes contrast the indiscriminate Russian and Syrian government bombardment of East Aleppo with the accurate and discriminating Coalition backed assault on west Mosul.

The crass response of the leaders of the US-led coalition who orchestrated the attack on west Mosul is telling and shows that we are back in the Vietnam era when American officers were happy to volunteer that they were destroying populated areas in order to save them.

In the face of all the evidence, General Stephen Townsend, the senior U.S. general in Iraq, said: âI reject any notion that coalition fires were in any way imprecise, unlawful or excessively targeted civilians.” Reading this, I was reminded of the old Israeli military saying about one general: âHe was so stupid that even the other generals noticed.â

(Republished from The Independent by permission of author or representative)
← Mosul Residents Face Mass Persecution f...Why Isis Fighters Are Being Thrown Off ... → 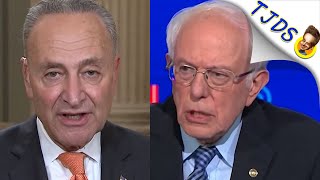