For the French establishment, Sunday’s presidential election came close to a near-death experience. As the Duke of Wellington said of Waterloo, it was a “damn near-run thing.”

Neither candidate of the two major parties that have ruled France since Charles De Gaulle even made it into the runoff, an astonishing repudiation of France’s national elite.

Macron is a heavy favorite on May 7. The Republicans’ Francois Fillon, who got 20 percent, and the Socialists’ Benoit Hamon, who got less than 7 percent, both have urged their supporters to save France by backing Macron.

As an indicator of historic trends in France, Le Pen seems likely to win twice the 18 percent her father, Jean-Marie Le Pen, won in 2002, when he lost in the runoff to Jacques Chirac.

The campaign between now and May 7, however, could make the Trump-Clinton race look like an altarpiece of democratic decorum.

Not only are the differences between the candidates stark, Le Pen has every incentive to attack to solidify her base and lay down a predicate for the future failure of a Macron government.

And Macron is vulnerable. He won because he is fresh, young, 39, and appealed to French youth as the anti-Le Pen. A personification of Robert Redford in “The Candidate.”

But he has no established party behind him to take over the government, and he is an ex-Rothschild banker in a populist environment where bankers are as welcome as hedge-fund managers at a Bernie Sanders rally.

He is a pro-EU, open-borders transnationalist who welcomes new immigrants and suggests that acts of Islamist terrorism may be the price France must pay for a multiethnic and multicultural society.

Macron was for a year economic minister to President Francois Hollande who has presided over a 10 percent unemployment rate and a growth rate that is among the most anemic in the entire European Union.

He is offering corporate tax cuts and a reduction in the size of a government that consumes 56 percent of GDP, and presents himself as the “president of patriots to face the threat of nationalists.”

His campaign is as much “us vs. them” as Le Pen’s.

And elite enthusiasm for Macron seems less rooted in any anticipation of future greatness than in the desperate hope he can save the French establishment from the dreaded prospect of Marine.
But if Macron is the present, who owns the future?

Across Europe, as in France, center-left and center-right parties that have been on the scene since World War II appear to be emptying out like dying churches. The enthusiasm and energy seem to be in the new parties of left and right, of secessionism and nationalism.

The problem for those who believe the populist movements of Europe have passed their apogee, with losses in Holland, Austria and, soon, France, that the fever has broken, is that the causes of the discontent that spawned these parties are growing stronger.

What are those causes?

A growing desire by peoples everywhere to reclaim their national sovereignty and identity, and remain who they are. And the threats to ethnic and national identity are not receding, but growing.

The tide of refugees from the Middle East and Africa has not abated. Weekly, we read of hundreds drowning in sunken boats that tried to reach Europe. Thousands make it. But the assimilation of Third World peoples in Europe is not proceeding. It seems to have halted.

Second-generation Muslims who have lived all their lives in Europe are turning up among the suicide bombers and terrorists.

Fifteen years ago, al-Qaida seemed confined to Afghanistan. Now it is all over the Middle East, as is ISIS, and calls for Islamists in Europe to murder Europeans inundate social media.

As the numbers of native-born Europeans begin to fall, with their anemic fertility rates, will the aging Europeans become more magnanimous toward destitute newcomers who do not speak the national language or assimilate into the national culture, but consume its benefits?

If a referendum were held across Europe today, asking whether the mass migrations from the former colonies of Africa and the Middle East have on balance made Europe a happier and better place to live in in recent decades, what would that secret ballot reveal?

Does Macron really represent the future of France, or is he perhaps one of the last men of yesterday?

Patrick J. Buchanan is the author of a new book, out in May, “Nixon’s White House Wars: The Battles That Made and Broke a President and Divided America Forever.”

← Is Democracy in a Death Spiral?The Rise of the Generals → EU Election Roundup
Europe Polarizes Between Nationalists and Globalists as Old Parties Fritter Away
Guillaume Durocher
• 88 Comments • Reply
← Is Democracy in a Death Spiral?The Rise of the Generals →
Hide 20 CommentsLeave a Comment
"Is Macron the EU's Last Best Hope?"
• 20 Comments
Commenters to Ignore
Commenters to ignore (one per line)

← Is Democracy in a Death Spiral?The Rise of the Generals →
Current Commenter
says:
Current Date at Time Now
Leave a Reply - Comments on articles more than two weeks old will be judged much more strictly on quality and tone
Cancel Reply 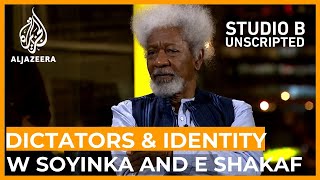