David Cameron is the most successful Tory Party leader since Margaret Thatcher.

Yet history may also record that his success led to the crackup of his country, and Great Britain’s secession from the European Union.

How did Cameron’s Tories capture their majority?

First, they compiled a strong record to run on.

More critically, they attacked the Labour Party of Ed Miliband as too far left to govern, and warned that a Labour government would be hostage to a secessionist Scottish National Party, without whose votes Miliband could never reach a majority in Parliament.

Labour could not shake off the charge, because it was true.

The attack on the SNP as a subversive party secretly allied with Labour had an ancillary benefit for the Tories. It helped produce a SNP sweep of all but three of Scotland’s 59 seats. The Labour Party was virtually wiped out in Scotland, its northern bastion.

How Labour recovers from this amputation is hard to see.

What does this portend for the United Kingdom?

To keep Scotland within the UK, Cameron has promised a “devolution” of tax and spending powers to the Scottish Parliament.

But this will not be enough. For the Scots are going to be forced to sit in Westminster for five years and watch a Tory prime minister, acting on Tory principles, gut the social welfare state in which they believe. And, with Labour, the SNP will be helpless to stop it.

This situation seems certain to stir Scottish demands for a new referendum on independence, which would have a far better chance of succeeding than the last one — it lost 45-55.

What does the SNP want?

Retention of the social welfare state, British nuclear missile subs out of Scottish bases and Scotland out of the U.K. But Scottish nationalism is certain to generate a countervailing English nationalism.

Scotland’s demand for a divorce may soon find an echo in England.

Which brings us to the party that won 13 percent of the vote, three times the SNP total, but only a single seat in Parliament.

This is the United Kingdom Independence Party, whose populist leader Nicholas Farage resigned when he failed to win a seat of his own.

Nevertheless, the UKIP and the anti-EU Tories, some of whom sit in Cameron’s cabinet, have been promised a national referendum on secession from the EU by 2017.

Consider how the interests of these parties will push them all toward an England that is free of the EU and of Scotland both.

Unhappy with Tory policies, yet unable to alter them, the Scots are likely to create conflicts in Parliament that strengthen the forces of secession. Former SNP leader Alex Salmond, who won a seat in the Parliament, is promising it.

As for the Tories, with Scotland outside of the U.K., they would see a brighter future. For Scotland is lost to them, and in a U.K. of England, Wales and Northern Ireland, a Tory future is assured.

As for the UKIP, its goal of secession from the EU would be easier to achieve if the pro-EU Scots are out of the U.K. and unable to vote in the referendum on Britain’s future.

As for Labour, the SNP is now not only its dominant rival north of Hadrian’s Wall, it is a secessionist albatross draped around their neck in England. What good is Scotland to Labour now?

Yet the United Kingdom may be only the first of the nations of Old Europe to break up or break out of the EU.

Should Scotland leave the U.K., this would surely set off a reflex reaction in Catalonia in Spain, Veneto in Italy and Flanders in Belgium.

Moreover, the forces driving the European Union toward a breakup today seem far stronger than the forces for deepening the political and economic ties of Europe.

In postwar Europe, transnationalism and globalism, the opening and erasure of borders, the transfer of power from nation-states to transnational institutions and elites, all seemed inevitable.

No more. Jean Monnet is passe. Now is the time of Marine Le Pen and Nicola Sturgeon of the SNP. Patriotism, populism, nationalism are the growth stocks of 2015.

Northern nations like Germany and Holland are weary of carrying what they see as the lazier and more profligate EU members of Club Med. In Greece and Spain, populist parties are fed up with the endless austerity demands of the Germans.

Most of the countries of Europe have a secessionist party or an anti-immigration, anti-EU Party. Like Great Britain, some have both.

Across Europe, peoples are eager to recapture control of their borders from the EU and halt immigration, especially from across the Mediterranean, where war, terrorism, poverty and overpopulation are propelling north millions of Arabs, Africans and Muslims who are failing to assimilate into European societies.

These Europeans seek to re-establish their independence, to build nations that reflect their true identity, something we Americans went to war for in 1775, when we, too, threw the cousins out. 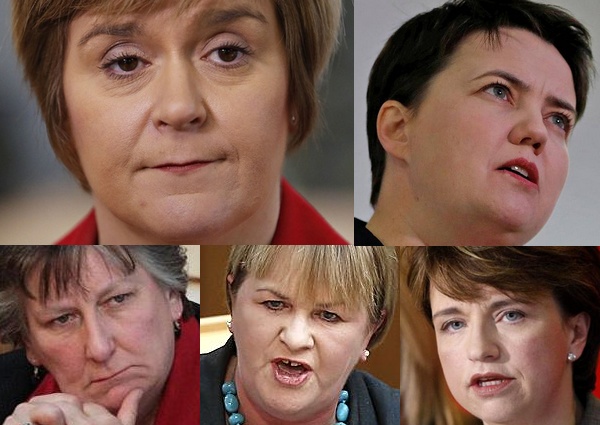 New UK Prime Minister Rishi Sunak A Triumph for Globalists, Immigration Enthusiasts. of Course, UK May Not SurviveâBut, ...
James Kirkpatrick
• 260 Comments • Reply
← On a Fast Track to National RuinOur Next Mideast War -- Syria →
Hide 15 CommentsLeave a Comment
"Is a UK Crackup Ahead?"
• 15 Comments
Commenters to Ignore
Commenters to ignore (one per line)

← On a Fast Track to National RuinOur Next Mideast War -- Syria →
Current Commenter
says:
Current Date at Time Now
Leave a Reply - Comments on articles more than two weeks old will be judged much more strictly on quality and tone
Cancel Reply
Commenting Disabled While in Translation Mode