It was supposed to be a bailout. It turned out to be a death sentence. Given the checkered and unremarkable history of the Brussels bureaucrats, is anyone really surprised?

Yes, an agreement was reached between Cypriot government officials and the so-called troika (the European Commission, the European Central Bank, and the International Monetary Fund) in 11th hour wrangling, but at what cost? If the $10 billion bailout was intended to keep Cyprus in the Eurozone, then the strategy failed. The capital controls that have been put in place to avert a bank run effectively create a second-tier currency, a shadow euro that will be quarantined on the island. Here’s how economist Frances Coppola sums it up on her blog Coppola Comment:

“Once full capital controls are imposed, a Euro in Cyprus will no longer be the same as a Euro anywhere else in the Euro area. It cannot leave the island. The Cyprus Euro will in effect be a new domestic currency. The imposition of capital controls in Cyprus is therefore the end of the single currency in its present form….

Yes, the Eurogroup will claim that it is “business as usual” in the Euro area. Draghi will continue to claim that the Euro is “irreversible”. Eurostat will continue to produce statistics for E17 and E27 including Cyprus. But the reality will be that the Euro will be broken in two. There will be the Cyprus Euro, and the “mainland” Euro (if we can call it that).” (“The Broken Euro”, Coppola Comment)

Naturally, the Cypriot euro will be of less value than the mainland euro which will make it more difficult for the government to meet its deficit targets. (So, they’ll never pay back the loan) Also, it will create a two-tiered system at-odds with the EU’s original masterplan. Here’s Coppola again:

You can see what a mess this is and how the troika has made a hash of the bailout. Eventually, the people of Cyprus will begin trading in other currencies for convenience. (Probably British pounds or USDs) I would expect the “all cash” black-market deals to become the new mode of conducting business, just as I would expect the banking system to eventually collapse as depositors steadily withdraw their money in protest and businesses boycott the system altogether. Let’s face it, without blanket guarantees on deposits, there’s no reason to keep your money in a bank. A mattress will do just fine. The troika doesn’t seem to grasp this simple point.

What was the troika trying to achieve with their ham handed bailout? Were they trying to destroy the tiny island’s economy or send a message that profligate banking will not go unpunished? Whatever the motive was, their actions have condemned the entire population to a long-term slump that will probably lead to political upheaval and a formal exit from the euro. Here’s a blurb from an analysis by Society General via zero hedge aptly titled “Depression for Cyprus”:

â¨“Our Cypriot GDP forecast entails a drop of just over 20% in real GDP by 2017.This forecast had already factored in much what was agreed, but did not account for the additional uncertainty shock generated by the past weekâs appalling political mess. Risks are clearly on the downside and Cyprus will in all likelihood require additional financial assistance further down the road.” (SocGen, zero hedge)

Cyprus is toast. Capital inflows have been cut off, uninsured depositors, bank shareholders and bond holders have been wiped out, (insured depositors up to 100K euros will be spared), and Cyprus’s offshore banking model is kaput. The country has been destroyed for a measly $10B in loans from the EU, less than the ECB hands out on a daily-basis via its many bank-friendly liquidity facilities. Now take a look at some of the new rules that are being imposed on Cyprus’s banks. This is from the Prodigal Greek via naked capitalism:

Compulsory renewal of all time savings deposits upon maturity

Restrictions on use of debit, credit or prepaid debit cards

Ban or restriction on cashing in checks

Restrictions on domestic interbank transfers or transfers within the same bank.

Restrictions on the interactions/transactions of the public with credit institutions.

Any other measure which the Finance Minister or the Governor of Cyprus Central Bank see necessary for reasons of public order and safety…” (“Will Cyprus be contained”, naked capitalism)

So the confiscation of deposits is just the beginning of the hassles. It’s also going to be nearly impossible to get whatever is left of your money out of the banks. Good luck, with that!

And just think of how these restrictions are going to crush local business. These businesses are in no better position to get their money out of the banks than the average working guy. They’re both screwed. Think of what that’s going to do to unemployment? And what about tourism? You won’t be able to access your money from a bank, so you’d better arrive with a briefcase full of euros, otherwise, you’re out of luck. The whole thing is a farce. This has got to be the most flubbed up, screwball bailout of all time. Greek economist Yanis Varoufakis summed it up best in an interview on Friday with the BBC. He said:

“The way the European union has handled this dream-turned-nightmare is remarkable. Think of it, in one, short week, we put in jeopardy the sacrosanct concept of state-guaranteed deposit insurance, the monetary integrity of the Eurozone, and we now have a European union whose single market principal is under threat by capital controls. It is quite unprecedented.”

“Unprecedented” is an understatement. The troika is putting a gun to Cyprus’s head and demanding that its people pay for the criminal excesses of its bank oligarchs. That’s not a bailout. It’s blackmail.

(Republished from CounterPunch by permission of author or representative)
← Our Chavez: Huey LongChina's Shadow Bankers and the Vampire ... → 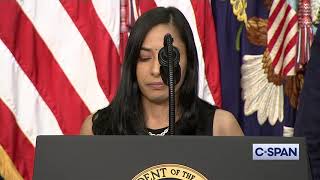