Back in the day, guidance counselors were those helpful (but not unduly intrusive) high school officials who dispensed vocational and career advice, reminded you of college application deadlines, and made sure your transcripts and letters of recommendations got where they needed to go. But like so much else in the 1960s and 1970s, traditional roles fell to radical transformation. A cadre of new and radicalized school counselors appointed themselves “comprehensive” providers of “social and emotional learning,” mental health coaching, and sexual education proselytizing.

And now, all hell has broken loose.

Modern school counselors are zealous social justice meddlers bent on replacing parents and exposing your children early and often to anti-white, anti-American, anti-nuclear family propaganda. Speakers at the American School Counselor Association (ASCA) brag openly about being “master manipulators” of children and train their members on how to “become an LGBTQ-inclusive school.” Intrepid whistleblowers at Courage Is a Habit, an action-oriented group founded by Indiana parent activist Alvin Lui, videotaped multiple seminars held at ASCA’s 2022 national conference in July. They collected conference materials outlining “learning objectives” such as being able to “define transgender, gender expansive and other important terms related to sexuality and gender identity” and “how to identify legal resources” for transgender and gender expansive students.

School counselors at the conference were also told to collect data and snitch on any student “who is not transgender and complains about being uncomfortable” with transgender and gender expansive students â complaints which ASCA deems a form of “bullying and harassment.”

Courage Is a Habit also caught ASCA’s past president and current Ethics Committee Chairman, Carolyn Stone, laughing as she told attendees about a school counselor who took a child to a clinic to obtain contraceptives in defiance of her mother’s wishes. That counselor asked Stone for advice on what to do next. Stone gave a group pop quiz: Do you tell the counselor to tell the child “to tell her parent,” or “two, do you tell the girl’s mother yourself and confess,” or “three,” withhold all information and “hold your breath and pray?” The conference broke out in cackling laughter as they all voted for the third, parental autonomy-undermining choice, at which point Stone exulted that “you are all ready to be part of the ethics committee.”

No wonder ASCA’s conference was titled “No Limits.”

As I’ve reported the past three decades, the overriding agenda of the education elite and their ancillary left-wing allies in the nonprofit, corporate and government swamps is to drive a wedge between parents and children. That’s what the establishment of school-based health clinics was all about â as was “outcome-based education,” Common Core math, the infiltration of Big Tech, critical race theory and the entirety of “social-emotional learning” conditioning for which school counselors act as “master manipulators.” Their. Own. Words.

As Courage Is a Habit’s founder Alvin Lui told me this week, “One of the biggest hurdles parents face is that schools hire third parties that delivers surveys, SEL lessons, resources, etc., and it’s technically not part of the ‘curriculum.’ So when parents say ‘let me see the curriculum,’ it doesn’t always look so bad but they aren’t aware of all these third parties. For the parents who are aware, they get stonewalled because they say that it’s a third party so the material is proprietary.” In the same vein, school counselors are not a part of any K-12 curriculum or policy, “but they train school counselors in all these highly woke methods and ideas, and the school counselors pass that to children. Unless parents know who ASCA is and really dig, they have no idea where to even look.”

Vampires and cockroaches hate sunlight, so you won’t be shocked to learn that ASCA has taken vicious measures to deplatform Courage Is a Habit for its highly effective, fair-use critiques of the “No Limits” conference. The woke school counselor mafia pressured Lui’s website hosting provider (Carrd), web server provider (Amazon Web Services), and Google Drive to censor links and documents related to their Behind Closed Doors campaign. [PARENTS: DOWNLOAD THE CENSORED “BEHIND THE SCENES” PDF HERE.] I’d call such Maoist tactics shocking, but that’s the way end-stage America rolls these days. Protecting parents and simply demanding transparency has now earned Courage Is a Habit and like-minded groups like Moms for Liberty the label “far-right” by, um, far-left Mother Jones magazine. (Same old, same old: That’s what the Southern Poverty Law Center called us nearly a decade ago when we resisted Common Core). But as always, catching flak equals over the target. Lui and his crew are doing incredibly vital work arming parents with information about what’s going on “Behind Closed Doors” in the schools. More importantly, they provide concrete action plans on how to fight back against groomers and brainwashers turning children against their families. Mark Ousley, an Oklahoma education activist, told me Courage Is a Habit offers “tangible and accessible tools to help parents and advocates like me push back against what is a massive and complicated bureaucratic monster.”

That includes the conniving school counselors indoctrinating students in the transgender cult, birth control worship and white guilt. Even more than a habit, courage is a muscle. Parents, flex it now or surrender your children. 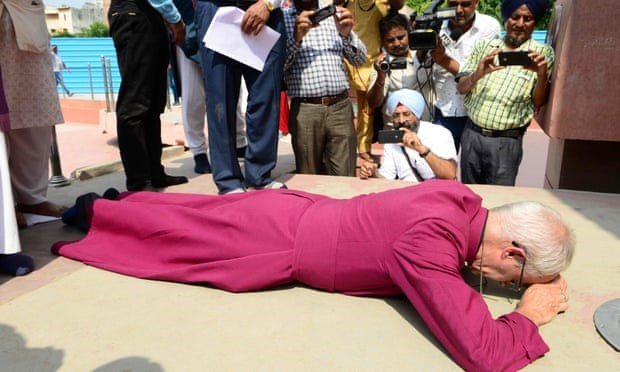 Who Are We? Towards an Anglo-Protestant Political Theology
Andrew Fraser
• 112 Comments • Reply

Black Brutality
Either we talk about it or we lose our country.
Jared Taylor
• 512 Comments • Reply
← Whiny Media McWhiner of the MonthThey're All Open-Borders Hypocrites →
Hide 31 CommentsLeave a Comment
"Exposing the Woke School Counselor Cabal"
• 31 Comments
Commenters to Ignore
Commenters to ignore (one per line)