Rightly Disgusted at the Banks

A bailout, like any other government expenditure, is a tax. Someone must pay all this money. And it is unfair to tax the broad population to pay for a special interest. Instead of being a progressive tax policy, bailouts enable bad behavior by the financial elite, sticking taxpayers with the cost.

Bailouts are unpopular among Europeans who see them as a tax being paid by the population as a whole to financiers at the top of the pyramid. These bankers have lived in the short run, taking large risks of capital for short-term gains to outperform their rivals. It is a game that most individuals have not played with their own savings, and they donât think that governments should compensate banks for taking these risks.

The bonds in question are held largely in German and French banks in Europe, and by U.S. banks. Germans are especially angry by reports that U.S. Treasury Secretary Timothy Geithner intervened in opposition to the insistence of Germanyâs chancellor, Angela Merkel, that bondholders should take a loss on their irresponsible investments. News reports say that as many as half the troubled securities are held by U.S. money market funds or subject to derivatives gambles. So it is not only European banks that are being bailed out, but also risk-taking U.S. speculators.

Banks bought these bonds to earn high rates of interest; they took a risk, and now the taxpayers will pay. This is morally repugnant.

The tendency among German voters is to favor tangible investment and employment over financial speculation. Indeed, throughout Europe there is a feeling that bank executives are acquiring too much political power, pushing for regressive taxes that serve their own interests at odds with those of domestic populations.

This in part helps explain the rise in nationalist parties throughout Europe, most noticeable a month ago when populist Finnish nationalists opposed the bailouts.

As in the United States, the financial mentality in Europe is to take the money and run. The bankers who have made the bad loans pay themselves exorbitant salaries and bonuses, and then look for the other highest-return possibility in some other country.

This mentality flies in the face of a perceived national interest, and it subsidizes the emergence of a very unpleasant, greedy and increasingly loathed oligarchy. Worst of all, the bankers will use a large amount of their money to buy even more control of politicians serving their interests and arguing their case for why populations should pay even higher taxes to subsidize financial wealth at the top of the pyramid.

But the most important reason for opposing the bailout is economic: there is growing awareness that the bailouts must fail in the end. The debt simply is too large for governments who issued the bonds to pay by taxing their populations â without forcing them into stark austerity. 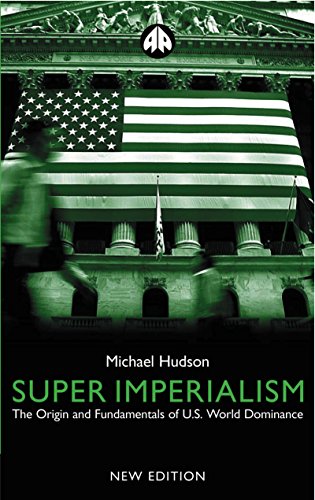 One German professor who follows financial markets told me that bailouts in the form of buying Greek and other government bonds from banks under present conditions âare like removing water from a leaking ship. They will not succeed when the damage is too big and more water comes in than goes out. At a point, the captain has to give up the ship and let it sink. Take the lifeboat and flee; there will be other ships around to take you in. Life will go on without the debts being paid to the banks. Let their bondholders lose.â

The problem is that the debts have grown too high to be paid without wrecking the economy. So someone will have to lose in the end. Banks bought these bonds to earn high rates of interest. They took a risk, and now want to take the money â and make taxpayers pay. This is morally repugnant.