After their excessive and macabre display of delight and satisfaction, and even celebration, over the killing of Solemani, the White House was tight-lipped about Iranâs almost immediate retaliatory missile attack on two US bases in Iraq, with Donald Trump soon claiming only a bit of physical damage, announcing on Twitter a day after the attack, âNo Americans were harmed in last nightâs attack by the Iranian regime. We suffered no casualties.â Trump also stated there was no significant damage to the bases.

CNN initially reported that there were only casualties among Iraqi personnel but then quickly dropped the story altogether, initially stating âAfter days of anticipation, Tehranâs zero-casualty retaliation came as a relief to many.[1]https://edition.cnn.com/2020/01/13/middleeast/iran-s...x.html At the time, Iranian officials maintained that the US had suffered least 80 dead and perhaps 200 wounded in the attack.

That story is slowly unwinding to indicate something very different, with various Middle East media reporting multiple casualties, and statements from the US Central Command directly contradicting Trumpâs comments.

The paper later reported that another 8 casualties had been flown to Germany for treatment, with more to Camp Arjifan, and that many others with more minor injuries were being treated in Iraq. These flights were confirmed by the Pentagon, stating the soldiers had been flown to Germany and Kuwait for screening of âpotential concussion injuriesâ and âpossible brain injuriesâ and suffered in the attack. 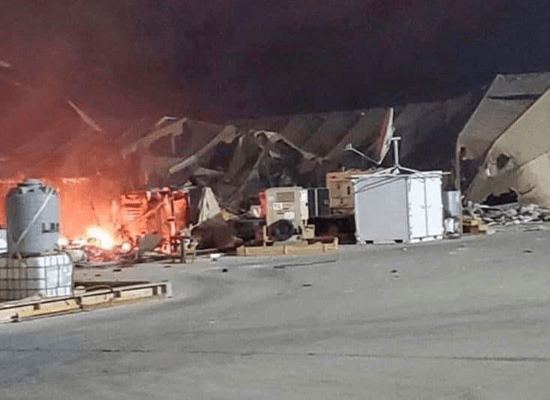 US base, Iraq MEM

But then it seemed that every week the casualty list enlarged, now at 50 and still counting. In keeping with the US governmentâs war on truth, the US Central Command said, âit is possible additional injuries may be identified in the futureâ, apparently committing themselves to the political safety of drip-feeding fatalities and injuries on the pretense of them being unrelated.

Nevertheless, the US continues to inflate the number of troops diagnosed with âtraumatic brain injuriesâ caused by Iranian missile strikes.

It seems perhaps politically expedient but humanly bizarre for Trump to have claimed, âI heard that they had headaches and a couple of other things, but I would say and I can report it is not very seriousâ, adding that he didnât âconsider them serious injuries relative to other injuries Iâve seen.â[4]https://t.co/anmIdCHO6a pic.twitter.com/boSjvDujCS

Then, Brigadier General Ali Hajizadeh, a senior commander of the Islamic Revolutionary Guard, stated in a press conference that although Iran was not directly seeking to kill American soldiers, âat the very least, many tens of US troops have likely been killedâ.

He said if deaths had been his intention, Iranâs missiles could have killed at least 5,000. He went on to document that the casualties from that attack âwere transferred to Israel and Jordan on 9 sorties of C-130 flightsâ. The C-130 Hercules is a huge aircraft that can carry 100 passengers or 75 fully-equipped troops, so 9 flights would represent at least several hundred casualties.

Nevertheless, that military operation was described as merely âa slap in the faceâ to the US, and that âa harsher revengeâ would soon come.[5]https://www.middleeastmonitor.com/20200124-the-truth...g-out/

Ali Hajizadeh also claimed that Iran had identified more than 100 critical US locations across the entire region, should the US âmake any mistake againâ. Reports are that Iran targeted the Ayn Al-Assad air base because it holds the highest number of US troops in Iraq, but also because that is the base location of the American Reaper drones.

It is interesting that the casualties were experienced on a major American airbase equipped with the Patriot missile defense system, and that the Americans received ample warning (more than 6 hours) of the impending attack from several sources â the Danes, the Swiss authorities, and the Iraqi government. Danish soldiers said on Danish TV that they were give a 6-hour warning of the attack by the Iranians and shared this information.[6]https://www.reuters.com/article/us-iraq-security-den...1Z91O1[7]https://edition.cnn.com/2020/01/13/middleeast/iran-s...x.html

In spite of what one writer termed âalmost ideal conditions from the point of view of defenseâ, the Americans appear to have miserably failed in their ability to protect themselves. It isnât clear how or why American soldiers would have incurred so many casualties, and especially brain damage from an attack they knew was coming.[8]https://www.unz.com/tsaker/u-s-in-the-middle-east-pr...aster/

After the Saudi Aramco attacks, and after failing to even identify much less intercept the Iranian missiles in Iraq, it appears that the Patriot missiles are indeed what Foreign Policy termed âa lemon of a missile defense systemâ. 9Reports are that not even one Patriot missile was fired in defense against the 15 incoming missiles.

Researchers at the Defense and Arms Control Studies Program at MIT performed a detailed study of all available video evidence of the use and effectiveness of the American Patriot missile system and stated there was âno unambiguous evidenceâ that Patriot missiles destroyed even one incoming missile. It stated that âThe videos instead contain substantial evidence that Patriotâs success rate was very low, possibly even zeroâ.[9]https://foreignpolicy.com/2018/03/28/patriot-missile...where/

Several troops to whom CNN spoke, said the event had shifted their view of warcraft: the US military is rarely on the receiving end of sophisticated weaponry, despite launching the most advanced attacks in the world. âYou looked around at each other and you think: Where are we going to run? How are you going to get away from that?â said Ferguson. âI donât wish anyone to have that level of fear,â he said. âNo one in the world should ever have to feel something like that.â[1]https://edition.cnn.com/2020/01/13/middleeast/iran-s...x.html

On January 13, 2020, the Pentagon replied to a FOIA request from US Congressman B. G. Thompson on the casualties and damage sustained by the US in the Iranian missile attack. You can read his reply in the attached photo, but he stated the US military had incurred 139 deceased, 146 injured, and âextensive damage to 15 helicopters, 2 cargo aircraft and 3 MQ-1 Predator dronesâ. He further outlined âextensive damageâ to the base command center, hangars and barracks, the aircraft control tower and the runways.

He said further that âinitial assessments indicate mentioned damages will cause âtotal impairmentâ â¦ of air base activities for at least 3 weeks.â

I want to make a request here. I donât mean to tease you, but this is a trick question. Please read the above paragraph again, and identify what is to you the most important point.

* An elected US Congressman â the US Government in fact â had to resort to a Freedom of Information Request to learn the facts of a critical adventure experienced by his own military â a request that could easily have been refused on grounds of ânational securityâ.

Thompson is not only an elected Congressman but the Chairman of the Department of Homeland Security, not a trivial position by any measure, and yet his personal requests for information must have been refused if he were forced to resort to FOIA for an answer. Who is the servant and whom the master? On this one metric alone, on what grounds can you rebut the double assertions that[1]https://edition.cnn.com/2020/01/13/middleeast/iran-s...x.html the US government is not in control of the US and,[2]https://www.middleeastmonitor.com/20200120-16-us-sol...trike/ democracy in America is a dead corpse wearing a Disneyland shroud?

When the Taliban in Afghanistan claimed to have shot down an American military aircraft in Ghazni, Afghanistan, the US initially denied the event, then, after clear and graphic images were posted publicly, admitted the loss of a Bombardier E-11A plane. The US at first disclaimed knowledge of the number or identity of the crew or passengers, then claimed only two occupants, later revised to 6 after more photos emerged. Russian intelligence sources almost immediately claimed that American Michael DâAndrea was killed in that crash, the aircraft apparently serving as his mobile command post in Afghanistan.[10]https://www.middleeastmonitor.com/20200128-cia-chief...istan/ 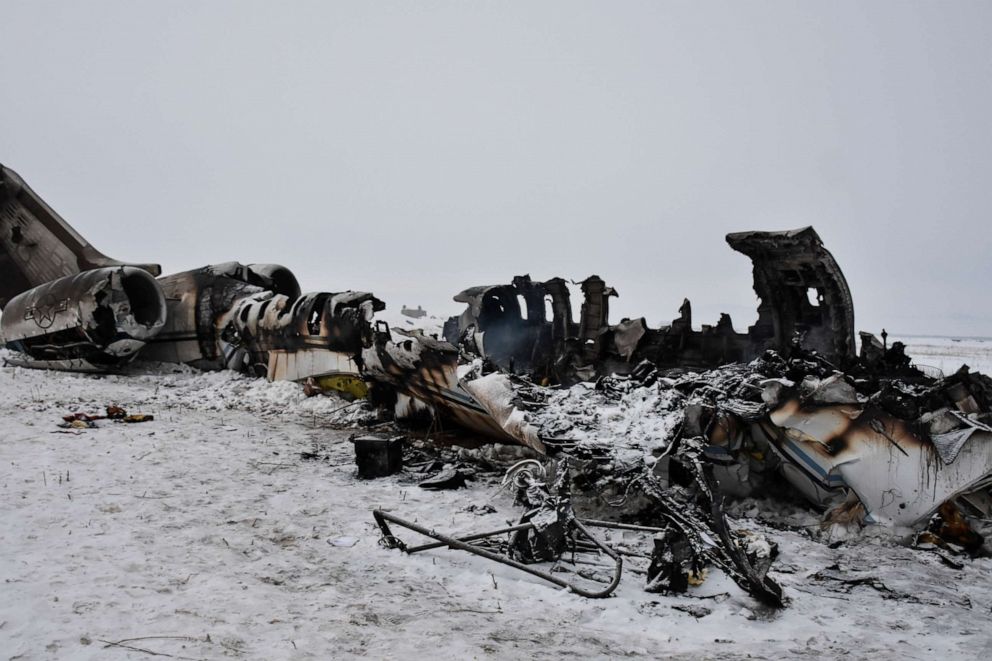 DâAndrea was a prominent figure, the head of Iran operations for the CIA, and the man who orchestrated the assassination of Iranian General Qassem Soleimani as well as other targeted murders. The New York Times claimed DâAndrea had overseen hundreds of drone strikes which âkilled thousands of Islamist militants and hundreds of civiliansâ. The US government has officially denied his death and has refused requests to display him in public, which almost certainly means the claims of his death are accurate.

It was also speculated that Iran organised the downing of that aircraft, having previously provided considerable anti-aircraft hardware and training to the Taliban, and not being without intelligence sources of their own. Several Iranian journalists posted comments on social media that âthe name of Iran will emerge in this caseâ, and âWe are attacking them on the same level as they are attacking us.â An Italian reporter, Fabio Giuseppe Carlo Carisio, first published in Italy the news of DâAndrea having been killed, stating âThe news is so big that we have to write it running the risk of a denialâ.[11]pic.twitter.com/7Da2jmkHug; Veterans Today, January 28, 2020

A New Definition of Warfare
Sanctions can be more deadly than bullets
Philip Giraldi
• 141 Comments • Reply
← Biological Weapons: A Useful and Timely...The Geopolitical Deployment of Biologic... →
Current Commenter
says:
Current Date at Time Now
Leave a Reply - Comments on articles more than two weeks old will be judged much more strictly on quality and tone
Cancel Reply
Commenting Disabled While in Translation Mode