Philadelphia, 2011
◄►Bookmark◄❌►▲ ▼Toggle AllToC▲▼Add to LibraryRemove from Library • BShow CommentNext New CommentNext New ReplyRead More
ReplyAgree/Disagree/Etc. More... This Commenter This Thread Hide Thread Display All Comments
AgreeDisagreeThanksLOLTroll
These buttons register your public Agreement, Disagreement, Thanks, LOL, or Troll with the selected comment. They are ONLY available to recent, frequent commenters who have saved their Name+Email using the 'Remember My Information' checkbox, and may also ONLY be used three times during any eight hour period.
Email Comment Ignore Commenter Follow Commenter
Search Text Case Sensitive  Exact Words  Include Comments
List of Bookmarks

Voting or protesting, Americans donât just achieve nothing, they lend legitimacy to their criminal government, for it can declare to the rest of the world, âSee, we are a democracy! Our citizens do vote, and they can even protest!â

Itâs an obvious point Iâve made repeatedly, though clearly into the void, but in my last article, I also suggested that revolution and coup dâÃ©tat are impossible in the USA, but âWith guerrilla actions, [Americans] can certainly carve out liberated zones, however, so thereâs your glimmer of hope.â

A reader responded, âNo, they canât. If that were possible, it would have been done in the 80âs or 90âsânot now or in the future, when the repression is at its heaviest. You need to let go of that fantasy.â

Although I agree the American state will repress ever more barbarically, with even less an appearance of legality, Washingtonâs reach will be greatly diminished, simply because it has wrecked the country on which its power depends.

Americaâs economy is a staggering zombie, its infrastructure duct taped and its global prestige splattered with much innocent blood and relentless mendacity. Worse, it canât be rebuilt because it has no racial, cultural or philosophical foundation left, and even its borders are disavowed by a large chunk of its population. 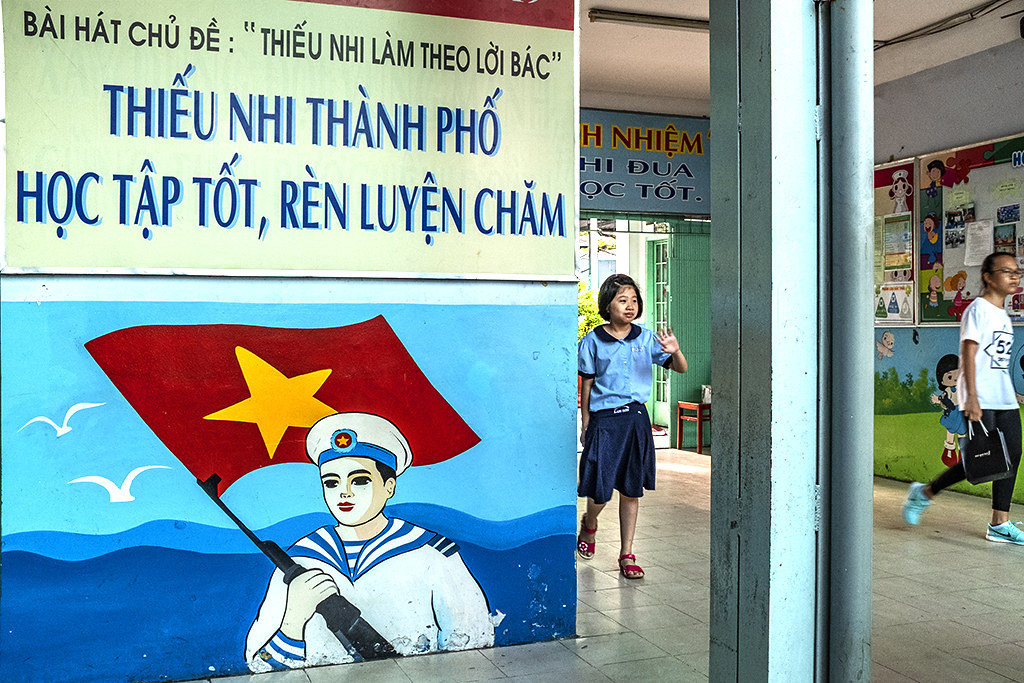 Many 21st century Americans will cringe at my listing of race as a national foundation or glue, but across the American Southwest, there are countless graffiti extolling âla raza,â and in âCommunistâ Vietnam, I routinely see nationalist or racialist billboards. Last week, I spotted a sign, âVIETNAM IS ONE, VIETNAMESE ARE ONE.â Ho Chi Minh declared this in 1963, meaning North and South Vietnam should be united, but here, now, it means all the ethnic tribes, some only recently conquered, should see themselves as Vietnamese.

Thereâs always violence in assimilation, and you canât have unity without conformity. With 54 ethnicities, Vietnam is also multicultural, like most other societies, but the Vietnamese are securely dominant numerically, thus culturally, and theyâre not going to let this leverage be challenged or diluted.

Although Kurds, Armenians, Kazakhs or Chams, etc., may be invaded, massacred, evicted or scattered, they can reclaim or reconstitute their nation even centuries later, as long as theyâve retained enough of their core identity, which is primarily based on their practically hermetic language. Unlike English, itâs not a much corrupted whore. Iâm messing with her right now.

In the US, the argument for open border is not just impractical, but confused. In âAbolish Borders as Revolutionary Futurity,â Carlos Jackson argues, âFor decades, the idea of border abolition and âsin fronterasâ was a utopian speculation, yet now it is becoming a necessary response to the fascist turn in U.S. domestic policy. On February 22, 2017, Guadalupe Olives Valencia committed suicide moments after being deported back to Mexico. National and international news outlets covered the suicide, and its coincidence with the U.S. Presidentâs initiation of a mass militarized deportation effort. Valenciaâs suicide reminded me of Walter Benjaminâsâa German Jewish Marxist philosopher and member of the Frankfurt School, who in 1940 committed suicide rather than be repatriated to Nazi controlled France.â 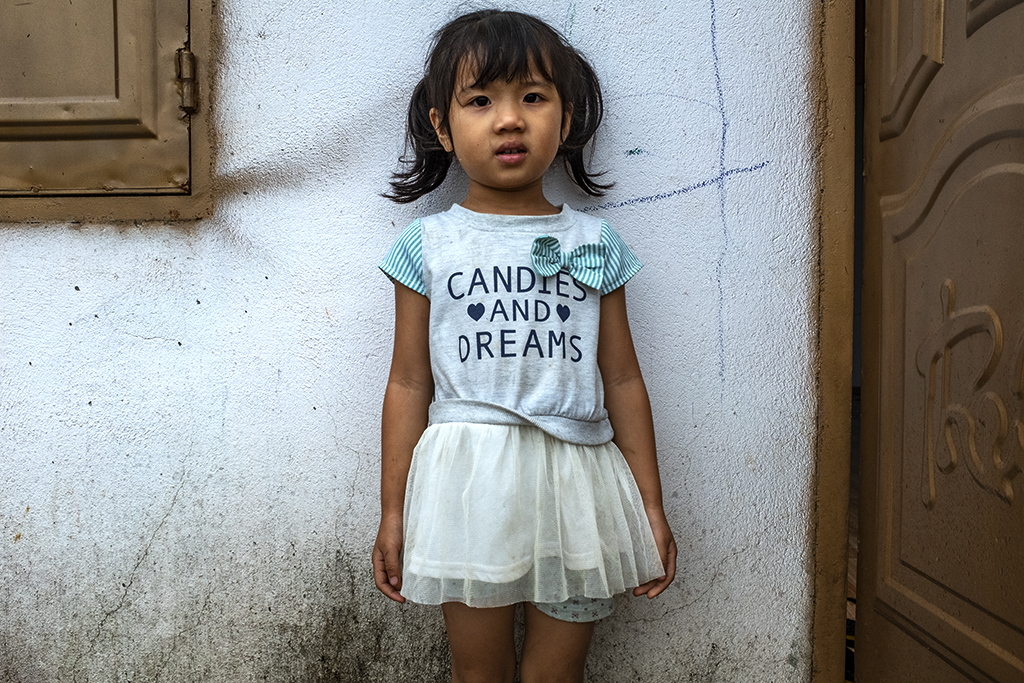 Decomposed, America has but one rallying symbol, its flag, but that I can find even on the thin asses of teenage girls in my buttfuck town, Ea Kly! Itâs true they have a more positive view of America than just about all its citizens. Though they know nothing about American history, heritage or geography, they can’t help but be mesmerized by the money tossing, twerking and grinding America that constantly streams into their consciousness.

With its unprecedented heterogeneity, nearly a quarter of its population enslaved and its indigenous massacred or chased across the continent, the United States was a tenuous proposition right from the beginning, but with its tremendous wealth, much of it gained through imperial plunder and blackmail, it has kept enough of its citizens fat and happy. Once this racket unwinds, the nationâs done, and donât expect Uncle Sam to ever rise from his coffin.

But how will he go into that good night? Dmitri Orlov lists the five stages of collapse as financial, commercial, political, social and cultural, with the rot abetting each happening simultaneously.

With full social collapse, âSociety fragments into extended families and small tribes of a dozen or so families, who find it advantageous to band together for mutual support and defense. This is the form of society that has existed over some 98.5% of humanity’s existence as a biological species, and can be said to be the bedrock of human existence.â

Though that may sound dandy to some, most Americans wouldnât want to slip that far. To avoid this, they must arrest their collapse at the political stage, as the federal government loses its mandate and power. Orlov, âThis is the age of Big Men: charismatic leaders, rabble-rousers, ruthless Macchiavelian princes and war lords. In the luckier places, they find it to their common advantage to pool their resources and amalgamate into some sort of legitimate local government, while in the rest their jostling for power leads to a spiral of conflict and open war.â At best, then, they must work together to establish local order and democracy. Thatâs a tall order.

What about the immediate future, as in the next twenty years? Americaâs demolitionists will be long gone, with the remaining affluent retreating into walled communities, to be guarded by well-armed goons. Their servants will dwell in slums even more menacing than todayâs.

Raving, he will barf up tales that must be lies, theyâre so unbelievable, âThere was a peachy faced Jewish princess who expertly blew a burger clown inside the Whitey House, but juking impeachment, this man became a season ticket holder at a Caribbean theme park, where there was only one kiddie ride! Each sunset, thereâs a raw parade of naked orphans sashaying down Main Street.â The fossilized fart hacks up some red, white and blue phlegm. âBill, thatâs his name, never got tired of his Jewish treat!â

âYes, and she was worshipped by all the bulldykes of this land, because she stood by her young pussy loving man.â

âYou donât know nothing.â Then, with his voice trailing off, âBy and by, the buy and buy went bye bye…â