Vinh Chau Chinese at the Seven Wonders Restaurant, Saigon, 2018
◄►Bookmark◄❌►▲ ▼Toggle AllToC▲▼Add to LibraryRemove from Library • BShow CommentNext New CommentNext New ReplyRead More
ReplyAgree/Disagree/Etc. More... This Commenter This Thread Hide Thread Display All Comments
AgreeDisagreeThanksLOLTroll
These buttons register your public Agreement, Disagreement, Thanks, LOL, or Troll with the selected comment. They are ONLY available to recent, frequent commenters who have saved their Name+Email using the 'Remember My Information' checkbox, and may also ONLY be used three times during any eight hour period.
Email Comment Ignore Commenter Follow Commenter
Search Text Case Sensitive  Exact Words  Include Comments
List of Bookmarks

In the 17th century, the Manchus conquered China, causing thousands of defeated Chinese soldiers and their families to flee to Vietnam, then divided between north and south. The Nguyen Clan, rulers of the south, granted these Chinese land in nominal Cambodian territory, paving the way for Vietnamâs annexation of a third of Cambodia. This obscure history is just another example of how immigrants are used to serve rulers, and how de facto borders are often fluid, to be contested over.

In Bien Hoa, the competent and enterprising Chinese built a thriving port city that traded internationally, and for this achievement, their leader Chen Shangchuan [é³ä¸å·] was showered with accolades and honorifics. In the late 18th century, however, this Chinese city was looted then razed by Quang Trung, a rival to the Nguyen Clan. Thousands of Chinese were slaughtered.

In Bien Hoa, there is a modest shrine to Chen Shangchuan, but each Vietnamese town has a street named after Quang Trung, a brilliant general and king who instituted many key economic and social reforms. His butchery of innocent Chinese is but a footnote.

Through all the persecution, the Chinese are still doing well in Vietnam, thanks to their human capital. Never dwelling on historical injustices, they merely forge forward. Yesterday, I had coffee with Chan, a 64-year-old Chinese from Vinh Chau, a once miserable backwater on the coast. Visiting it in 1998, I had to endure a primitive ferry crossing plus miles of rocky road. Perched on a low chair in its main market, I had a regrettable bowl of soup. 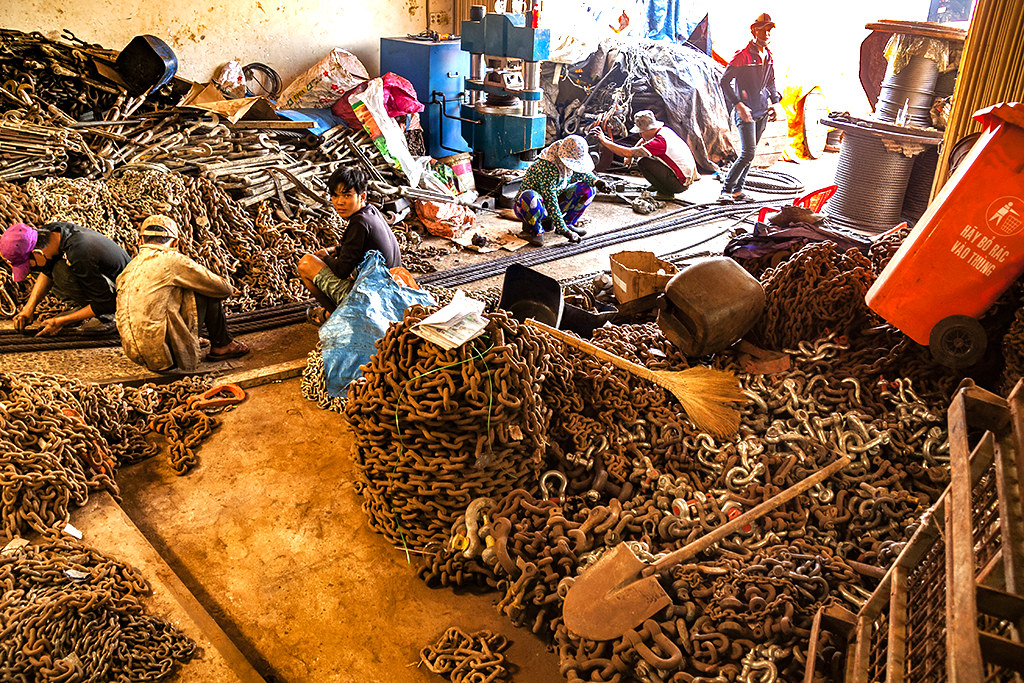 Thirty years ago, Chan couldnât afford his morning coffee. Now, he owns four houses and a 22-employee business that buys and sells used chains, cables and pulleys, âMy son worked for a guy who did this, so thatâs how we learnt the business. Now, we have clients from all over the country, even in Hanoi.â

âWhy canât they just buy their chains and cables up there?â

Vietnamâs revival results from the economic reforms of Doi Moi. Once the state got out of the way, commerce blossomed, wealth was generated and abject destitution mostly disappeared.

Like most Chinese in Vietnam, Chan betrays an accent when speaking Vietnamese, and his usage of idioms can be slightly odd. Language bonds or repels in a continuum, and a Vietnamese can pick up immediately if youâre from the Mekong Delta, Saigon, Hue or Hanoi, etc.

A hands-on boss whoâs not leery of getting his hands dirty, Chanâs at work by 7:30 each morning. âI canât take a vacation. If Iâm not here, my employees may pocket some of the receipts, you know, or neglect urgent orders.â

During the decade and a half after the Vietnam War, over a million people fled Vietnam by boat, but not Chan, âI had a friend who was a boat builder, so I could have escaped for free, but I didnât go because of my aging father.â

To get on a boat, one normally had to pay eight gold taels, then risk capture, prison, hunger, thirst, sickness, storms, pirates and death, all in the hope of arriving in Thailand, Malaysia, Philippines, China or Hong Kong, yet even then, one may be repatriated, as many were.

Although wealthy now, Chan has only been outside Vietnam once, âI have a business associate in Cambodia. He kept saying, âYou must come over!â but I never went, so once, he just showed up and basically kidnapped me! I spent three days in Cambodia. It was fun.â

The cafÃ© was on a street with an unusually wide sidewalk. We leaned back and watched people stream by. Since it was around 6:30AM, the temperature was pleasantly cool. Seeing a slow-moving funeral procession, Chan laughed, âOnce in a wedding car, once in a hearse, then itâs over!â

I was about to joke that one can get in several wedding cars, then I remembered that Vietnamâs divorce rate is extremely low. Though many men frequent prostitutes or have mistresses, they donât tend to dump their wives.

Though no longer living in Vinh Chau, Chan still owns land there. âI leave it fallow. Itâs really not worth it to grow anything. The weather is too unpredictable. Before, you knew it would be dry for six months, rainy for six months, but now, it rains whenever it feels like. You stand a good chance of losing money by growing crops.â By owning land there, Chan is asserting he hasnât abandoned his roots.

âWhat about shrimp farming? I hear thatâs huge down there.â

âBut they can all die. Shrimp farming is also very risky.â

âBut I hear thereâs a lot of development down there. Itâs like a brand-new town!â

âThatâs because of the money thatâs being sent back by people like me. You must know your roots. If not for Vinh Chau, I wouldnât be here. Although weâre no longer home, we stay in touch. If we hear, for example, that the temple needs to be fixed, we all chip in.â

Leaving Chan, I went to the Seven Wonders Restaurant to meet more Chinese from Vinh Chau. Once a week, about a dozen men and women meet to socialize and discuss what needs to be done back home. As the conversation was mostly in Teochew, I was out of the loop. Still, it was remarkable to witness such a sense of community from these successful business people. 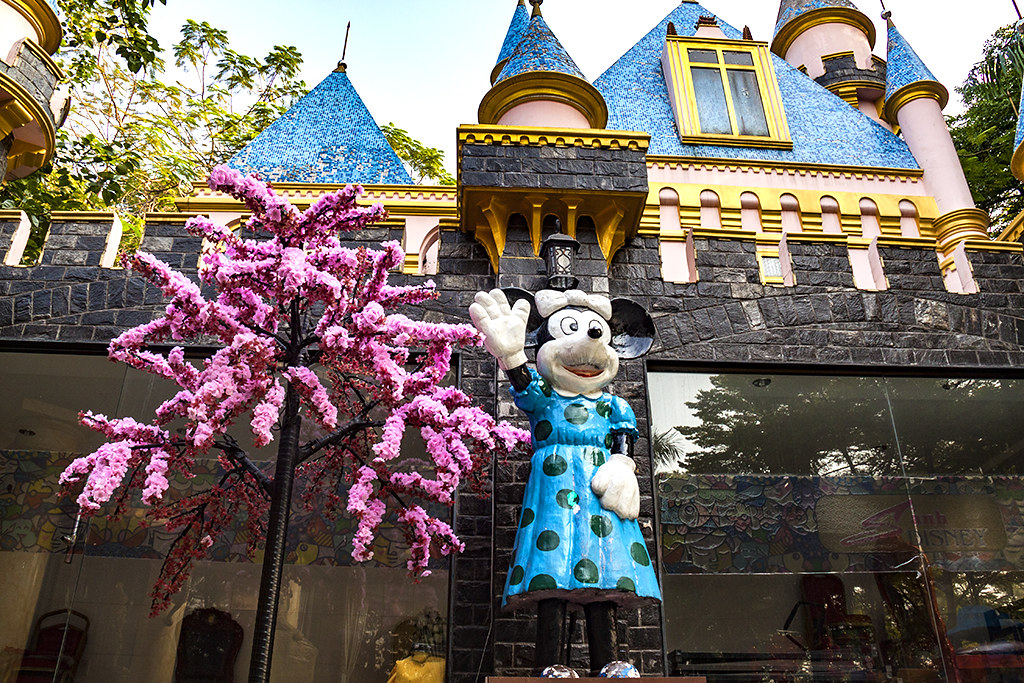 If you ask a Vinh Chau Chinese how did his ancestors end up there, youâd only get vague answers, such as, âThatâs where our boat land, more than hundred years ago.â One man said, âtwo, three hundred years ago.â And, âIt was undeveloped land, so we just start to farm it and build houses.â Sort of like the Pilgrims.

Another man added, âAnd once we became more established and successful, we bought land from the Cambodians. Thatâs how our community grew.â

A young Cantonese raised in Cho Lon, Saigonâs Chinatown, told me his great-grandfather walked there all the way from Guangdong.

âCouldnât he, ah, have gotten on a cart or something?â

Sen, âMy people didnât have any money! They were starving! In fact, when one of them died, the others had to hold him up and pretend he was still alive. They couldnât bury him until dark.â

âIf the other people saw a dead man, they would have eaten him! They were all starving!â

After his dad abandoned the family, Senâs mom became a whore, so he and his sister grew up desperate. Now, heâs a well-traveled yoga teacher, and his sister is married to a rich Jewish guy nearly twice her age in California. They roam the world to scuba dive.

At its peak in the 12th century, the Cambodian Empire occupied much of present day Thailand, half of Vietnam and all of Laos, then came eight centuries of decline that reached its nadir under Pol Pot, a man who combined secular Jewish messianism with atavistic Angkor yearnings.

The collision between East and West was greased by zealots pushing a bearded Jew, Jesus or Marx.

âPlease, white man, can I endure this already taxing existence without any Jewish savior? Do I try to shove Buddha, Confucius or Laozi down your throat?â

âNo, yellow man, you must choose one Jew or the other! Jewish is the only way! Itâs universal brotherhood and all that, except in Israel!â

As smart and successful immigrants to be found in many countries, Chinese and Jews have often been compared, but there are many key differences between them. Unlike Jews, Chinese are not dominant in media, education, government or banking in their host countries. Native children are not taught to despise themselves for having wronged the Chinese, and Chinese donât produce or host television or radio shows that mock the locals. There is no Chinese Howard Stern or Jerry Springer. Unlike Israel, the Chineseâ ancestral homelandâs survival is not dependent on the support of a heavily manipulated and indoctrinated client state.

Here, the main historical lesson is that China is a constant threat to encroach upon Vietnam, that Vietnam may be swallowed up entirely by China. Can you imagine American kids being taught that their nationâs biggest menace is not Putin, Islamic patsies or Mexican busboys, but the machinations of Israel?

← Postcard from the End of America: Palmy...Tet Offensives, Hungry China and Dumbed... → 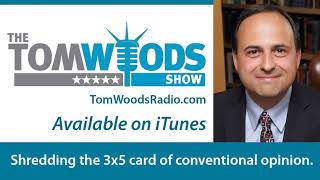