Saigon, 2018
◄►Bookmark◄❌►▲ ▼Toggle AllToC▲▼Add to LibraryRemove from Library • BShow CommentNext New CommentNext New ReplyRead More
ReplyAgree/Disagree/Etc. More... This Commenter This Thread Hide Thread Display All Comments
AgreeDisagreeThanksLOLTroll
These buttons register your public Agreement, Disagreement, Thanks, LOL, or Troll with the selected comment. They are ONLY available to recent, frequent commenters who have saved their Name+Email using the 'Remember My Information' checkbox, and may also ONLY be used three times during any eight hour period.
Email Comment Ignore Commenter Follow Commenter
Search Text Case Sensitive  Exact Words  Include Comments
List of Bookmarks

First, the good news. To those who canât stand my scribbling, itâs clear this pitiful, barely gurgling font is drying up quickly, for lately, all I feel like doing is vegetate at a sidewalk cafÃ©, or wander mindlessly for miles, so that I can be just another anchovy in this demanding, forgetful stream.

Though my synapses are burnt toasts, and Iâd rather putz in peace, I shall strive to paint some pictures, will a few thoughts into being, and if you deem they suck, just shove me into the nearest gas chamber already, for Iâm primed to be chosen. Disinfested, Iâll ascend, or rather, descend, for Iâm as guilty as the next mensch. 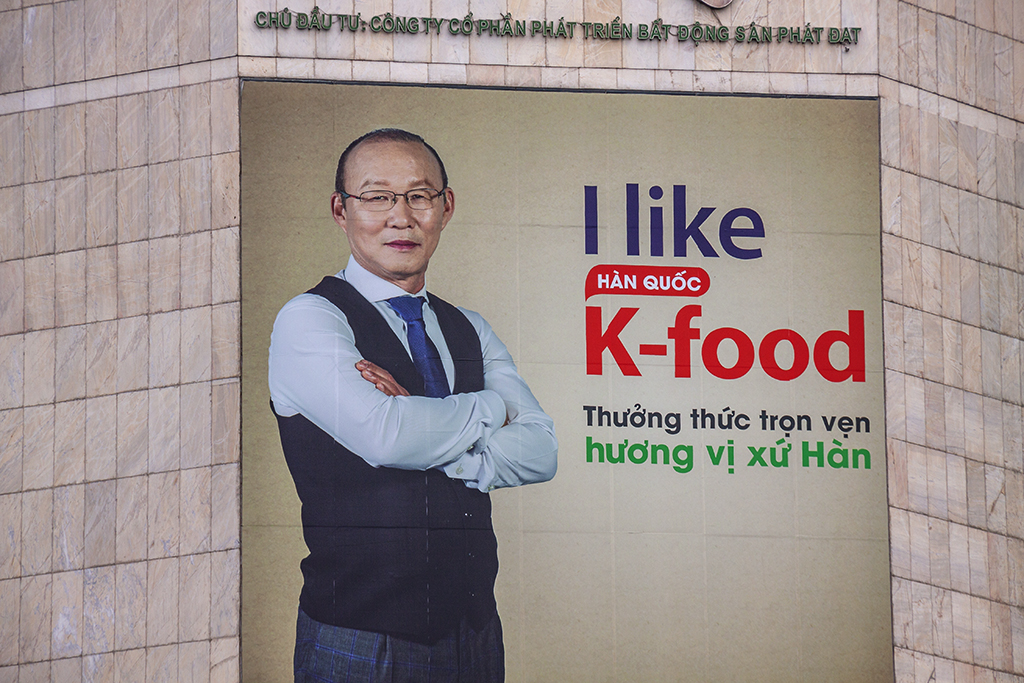 In oven like heat or monsoon rain, Iâve walked. With parked motorbikes and food vendors cluttering sidewalks, Saigon is not ideal for strolling, thatâs for sure, but itâs still the best way to see everything. On signs for barbers, dentists, opticians and gyms, nearly all the models are white, and English is often inserted to lend cachet to whatever is being sold. âHENRYâS GAMING / LETâS FEEL THE ASSASSINâS SPEED.â Toyotaâs slogan, âNO QUALITY / NO LIFE.â On the side of a massive building, thereâs an image of bespectacled Korean executive, with âI like K-food.â The more universal English becomes, the more infantile, even at its sources. For $2, you can buy a locally-made âFUCK LIFEâ baseball cap.

A decade ago in Reykjavik, I was on a literary panel with handful of international poets. Along with Canadian Angela Rawlings, I found myself somewhat dominating the discussion, and it wasnât because we were overbearing or brilliant, but simply because the proceeding was in English. When this was pointed out by an audience member, I conceded, âWhen America collapses, which will happen soon enough, English will also lose its dominance, so cheer up!â

In Singapore two years ago, translator Motoyuki Shibata pointed out to me after a group reading that the host had given me the longest and most enthusiastic introduction, âI think you being an American has something to do with it.â

Goddamned, sexy English, and the most sexed up English is Americanese, as promoted by an endless stream of movies and songs, spanning a century.

Under a nagging Saigon rain, I trudged past a tiny, shriveled up woman, with a raisin-like face. Her faded blue T-shirt had two pairs of feet, and this in English, âIâM YOUR BIG LOVER, SWEETHEART.â

On a teenage boyâs backpack, âBORN TO BE PLAY HARD.â 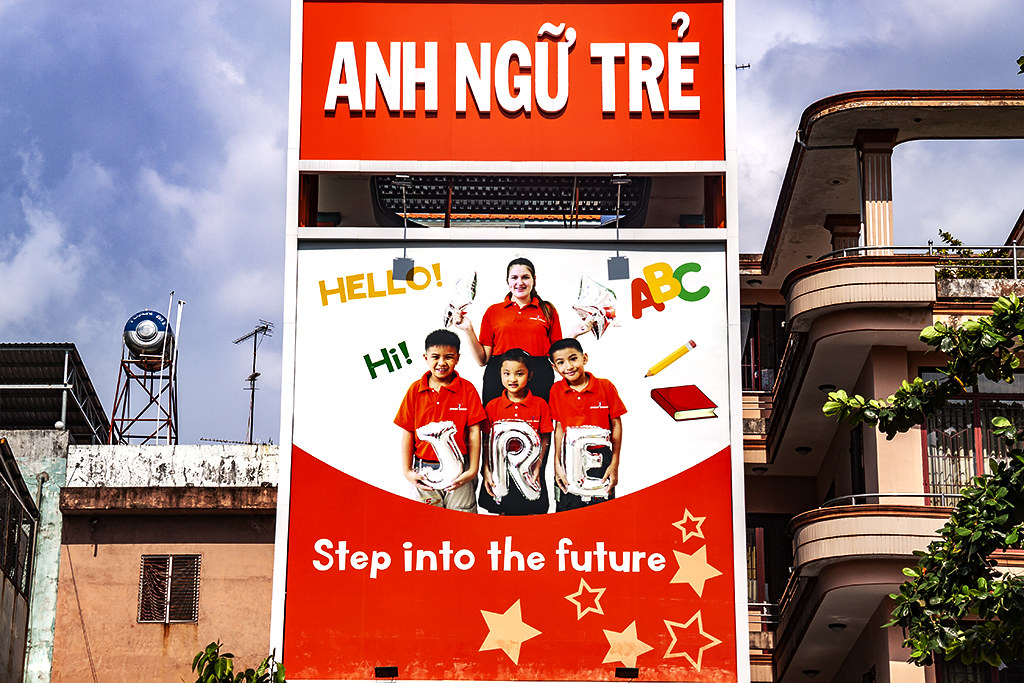 One academy is named âBeyond English / Premium Quality.â What is âBeyond English,â exactly? Russian? Chinese? Martian? What nonsense, but donât worry, just give us your money and weâll hire some white guy, as on the billboard, to hand your child a spiffy award.

In an alley, I stumbled upon an English learning club that meets twice a week. On its sign was a black bearded and head scarf-wearing white househusband holding a baby, brush and dust pan, while flexing his biceps, âWe Can Do It!â

Speaking English, you can converse with, befriend and perhaps live among whites. There are many businesses here to help you secure a student visa to white countries, thus on a sign, there are three white faces and a very light-skinned black one, with the Australian flag behind them, and, âYou did it! Congratulations. A warm welcome to Australia.â

Whites are sexy. On a bus from Phnom Penh to Saigon, there were two French women behind me, one black, one white. Speaking a surprisingly good English, a Vietnamese guy was coming on hard to the pale one. Heâs very Christian, he declared, and had even been to Israel to visit holy sites. Although heâs married, âVietnamese men are allowed five girlfriends,â he joked, âand Iâd like a white one!â To cement this possible bond, he suggested they go into business together, âand make lots of money.â She could provide used clothing from France, and heâd sell them in Cambodia. âYou know, Vietnamese people love foreigners. Blonde hair, blue eyes!â Later, after the French lovelies were long gone, the Christian told me he had a sister in Nebraska, but had never visited her. Then, âHow much do prostitutes cost in America?â

On the webzine Kiáº¿n Thá»©c [Knowledge], I read about a young Vietnamese woman, DuyÃªn BkrÃ´ng, whoâs attracting much adulation because sheâs tall, pale and has a high-bridged nose. âAlthough she has tried to explain that sheâs an Ã ÄÃª [a minority tribe], DuyÃªn is still annoyed by people who keep whispering, âIf sheâs not of mixed race, how can she be so beautiful?ââ

White is sexy. Most Ã ÄÃª, though, tend to be darker than Vietnamese. A dwindling tribe, they are most numerous in remote Dak Lak. At some dusty gas station in that province, I was suddenly struck by the beauty of a young Ã ÄÃª, then by another at a roadside refreshment stand. Vietnamese used to call them savages, highlanders then minorities. Now, theyâre just ethnics, ngÆ°á»i dÃ¢n tá»c.

My last week in Philly two months ago, I had a couple of beers with Paul Bonnell, an Idahoan who was just passing through. Adopted from Vietnam as an infant, Paul suspects heâs an Ã ÄÃª, for he looks more Amerindian than Vietnamese. His culture, though, is thoroughly American. After a childhood in Malaysia and the Philippines, then college in Tennessee and North Carolina, Paul has established roots in Boundary, a sparsely populated county abutting Canada. Paul has taught English and American history at the junior high, high school and college levels. He coaches cross country and track, hikes, climbs, skis and performs folk music at bars.

A year ago, Paul returned to Vietnam and Dak Lak for the first time. Even as Ã ÄÃª culture is being gravely eroded by the Vietnamese and modernity, enough remains to deepen Paulâs sense of himself. He will return.

Teaching 8th grade, Paul assigned Earth Abides, George R. Stewartâs 1949 portrait of an America in ruins, after a pandemic. For an endlessly bullying, bombing and chest-thumping nation, the US has produced a staggering number of books and films about its own demise, and all this began when the good times were rolling! Now, despair, confusion, anger and division reign, and not just in the US, but across the West.

By contrast, Asian countries are more coherent and united, thus stronger, thanks mostly to their insistence, sometimes via violence, on having a common culture. Most Asian economies are also improving year by year, so there’s a palpable sense of hope here.

In Vietnam, there’s a tremendous building boom, so traipsing around Saigon, I see many brand new high-rises, including the 14th tallest skyscraper in the world. In fact, 18 of the 20 highest buildings on earth are in Asia. In these nations of small men, monstrous phallic symbols are sprouting all over.

Just look at a map, man. The Eurasian landmass is destined to become the center of civilization once more, but with the yellow nations not subjugated by white ones. After centuries of shunning Asia, Russia will increasingly embrace Alexander Blokâs outraged declaration, âYes, we are Scythians! Yes, we are Asians.â Knowing it wonât have a role in this integration, America is trying its best to sabotage it.

As for Africa, its people will be contained and its resources exploited by Eurasians.

Already hollowed out, caustically divided and poisoned by a preposterously crass culture, America will break apart, with choice parts hacked off by China, Russia and Mexico, probably. The rest will revert to savagery, but peopled mostly by newly-feral whites. The more enterprising ex-Americans will escape to less devastated lands, to become line cooks, dishwashers, gardeners or sex workers.

With English dead, there wonât be a demand for English teachers.

← Blacks, Jews and YouNation Above All → Corpses in Ocean
Linh Dinh
• 124 Comments • Reply
← Blacks, Jews and YouNation Above All →
Hide 196 CommentsLeave a Comment
"Sunstroked Observations from the Orient"
• 196 Comments
Commenters to Ignore
Commenters to ignore (one per line)

← Blacks, Jews and YouNation Above All →
Current Commenter
says:
Current Date at Time Now
Leave a Reply - Comments on articles more than two weeks old will be judged much more strictly on quality and tone
Cancel Reply 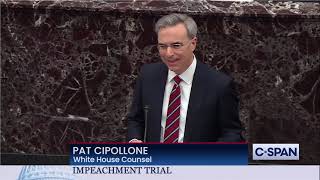