Scotty's Bar in Point Breeze, 2014
◄►Bookmark◄❌►▲ ▼Toggle AllToC▲▼Add to LibraryRemove from Library • BShow CommentNext New CommentNext New ReplyRead More
ReplyAgree/Disagree/Etc. More... This Commenter This Thread Hide Thread Display All Comments
AgreeDisagreeThanksLOLTroll
These buttons register your public Agreement, Disagreement, Thanks, LOL, or Troll with the selected comment. They are ONLY available to recent, frequent commenters who have saved their Name+Email using the 'Remember My Information' checkbox, and may also ONLY be used three times during any eight hour period.
Email Comment Ignore Commenter Follow Commenter
Search Text Case Sensitive  Exact Words  Include Comments
List of Bookmarks

Southerner Fred Reed writes about Yankee hypocrisy, âYouâve heard about white flight. In nearly about every city in the North, white people streak for the suburbs soâs not to be near black people, and then they talk about how bad Southerners are for doing the same thing [â¦] Fact is, you can see more social, comfortable integration in a catfish house in Louisiana than you can in probably all of Washington.â

As of 2010, Philly was 41% white, 43.4% black and 6.3% Asian, and I would guess there are more whites and Asians now, thanks to obvious gentrification in several neighborhoods. See what I just did there, equating gentrification with fewer blacks? But thatâs just how it is in contemporary America, where fewer blacks in any neighborhood means fewer crimes, better schools and rising house prices. Even Spike Lee canât refute this.

I live in Passyunk Square, a white, Asian and Hispanic neighborhood thatâs adjacent to Point Breeze, a gentrifying ghetto. Broad Street is the dividing line, and for the longest time, it would not be wise to cross into Point Breeze, unless you were begging for a mugging. I know one white guy who was relieved of his wallet, at gunpoint, and a white woman who was punched and kicked by a bunch of black teens, just for the fun of it.

Just before Christmas, a black acquaintance had his apartment burglarized, with the thief breaking in by taking out the air conditioner from a window. He took that, plus the television and a Michael Kor watch. âItâs weird he knew where it was. I kept it in a drawer. I think heâs a friend,â or a lover of this gay man. With 24,137 people, Point Breeze had 112 burglaries in 2017. 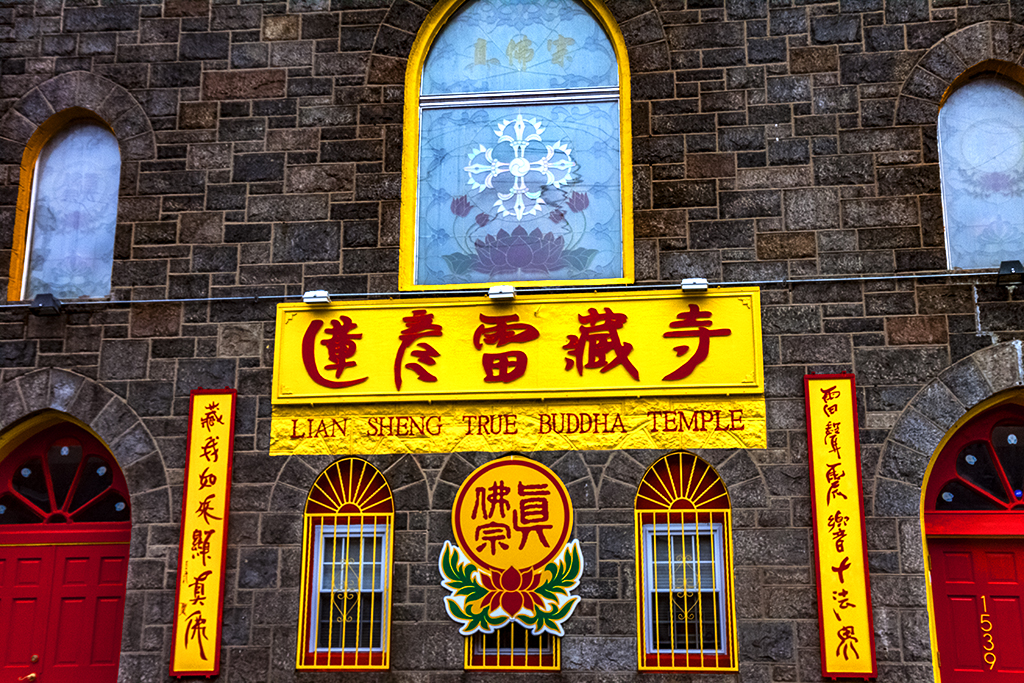 With its cheap rent and proximity to Center City, Point Breeze has lured many non-blacks over the years, however, and the first group to move in were poor Asian immigrants. In 1984, I visited an overcrowded house that had people sleeping in the living room. I remember a tiny pregnant woman, lying on the floor. By 2000, there were 900 Vietnamese in Point Breeze, or 12% of the population. Now, Point Breeze has Indonesian groceries and restaurants, an Indonesian storefront mosque, a Chinese Buddhist temple, and a Laotian one. At St. Thomas Aquinas, a magnificent church founded by Italian immigrants in 1885, there are Vietnamese and Indonesian services each Sunday.

Rocky marries Adrian in this church. From its website, âSt. Thomas Aquinas Catholic Community, through our cultural diversity, united in our expressions of faith, lives the Gospel message in our neighborhood through worship, education, service, and advocacy.â Inside, thereâs a beautiful shrine to the Vietnamese Catholic martyrs of the 18th and 19th centuries. For following the Western religion and, in many cases, supporting the invading French, at least 130,000 were tortured and killed by Vietnamese authorities.

I know all you lovers of diversity canât wait to move into Point Breeze now, for it has every color in the rainbow, but by the time you get here, there wonât be too many African-Americans left, Iâm afraid, so let me give you a quick tour of black Point Breeze. Our first stop is Scottyâs Bar, famous for its Obama shrine. Our handsome, half-white 44th president is seen smiling inside an oval, blue background frame, with tinsel and colored string lights all around him. 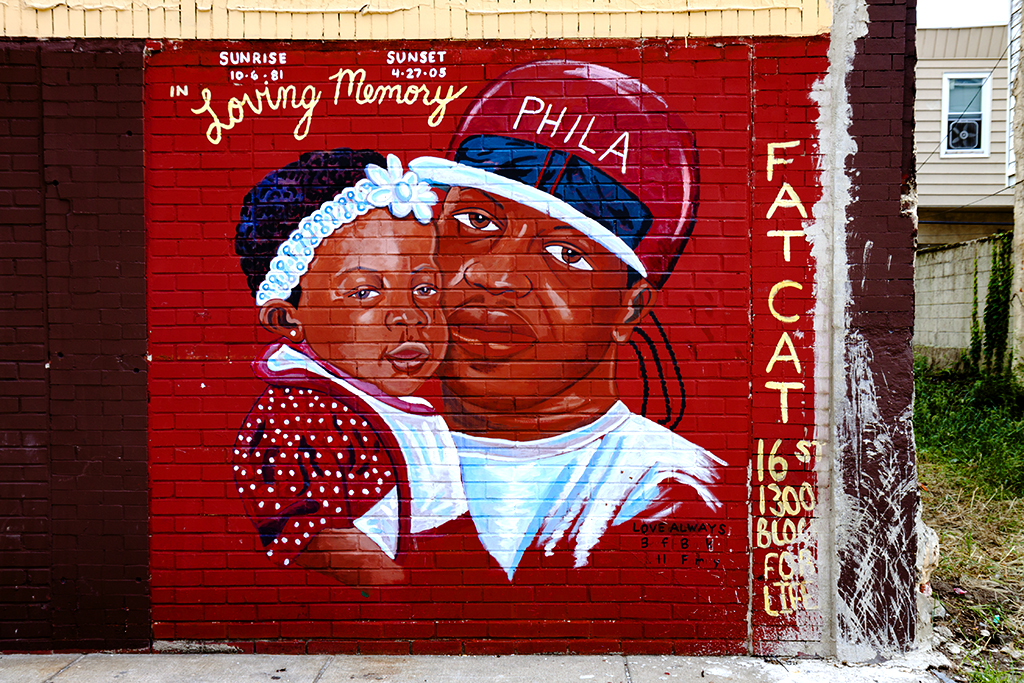 Other black men are honored throughout Point Breeze for, well, being shot. Walk around and youâll run into their wall portraits, such as that of âFAT CAT.â Seen holding his daughter, he was killed in 2005 at age 23. In the bay window of a well-kept middle-class home, there are two colorful banners with purple stars and red roses. Under the message âALWAYS AND FOREVERâ is the face of a young soldier in uniform.

Nearby, thereâs a framed print of a black Jesus. 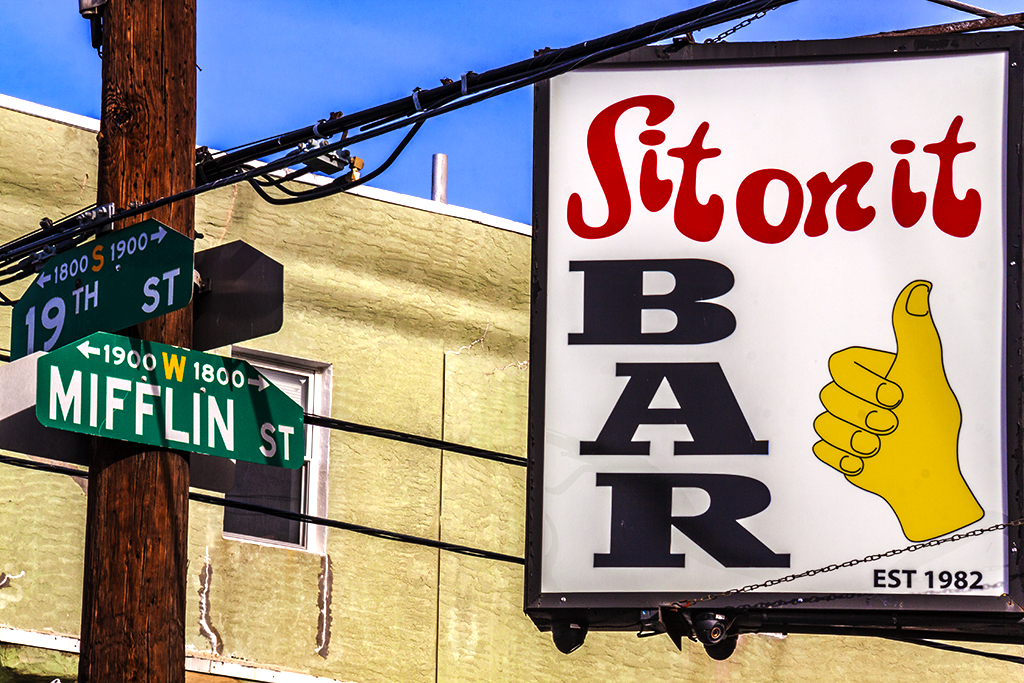 Since itâs just around the corner, letâs stop in Sit on It, my favorite black bar in Point Breeze, and itâs dirt cheap too. Here, the bartenders are Miss Cynthia, Miss Mary and Miss Rose, all old ladies. Fifty-four, Rose is divorced and has four grown kids, âTheyâre doing OK, except my boy. Heâs giving me a bit of trouble.â

Rose works three days a week, and is also a home nurse. Although Rose lives five miles away in West Philly, she still comes here to drink on her days off.

âYou donât get sick of looking at the same people?â

âNo, no, I love the people here. Iâm a people person!â She certainly is. Rose remembers every name and is always cheerful.

âYours is easy. I just think of Ding a Ling!â

Since itâs the afternoon crowd, the patrons are all old heads. With so many young black men dead or in prison, those who make into old age tend to be exceedingly mild and pleasant. The worst of the tribe cull themselves. When I walked into Sit on It on January 2nd, several strangers shouted, âHappy new year!â

In North Charleston, South Carolina, I chanced upon a ghetto bar that was owned by a South Asian who wouldnât allow anyone younger than 35 to enter his establishment, âThey cause too many problems,â he smiled. In Trenton, a Middle Easterner who owned a liquor store told me he had set up a bar, âBut it wasnât worth it. Too many fights.â

Point Breeze was home to John Blake and the Heath Brothers, but since this is 2018, youâre not going to hear any jazz in Sit on It. Even for those with white hair, itâs mostly rap, varied by a bit of rhythm and blues, soul and rock oldies.

Across the bar is an 86-year-old Korean War vet. Like us, heâs eating two small pieces of fried chicken, free of charge. Itâs a bit salty, yes, but damn good! In Jackson, Mississippi, I wandered into a black bar in a frightful neighborhood littered with burnt out houses and, what do you know, they gave me a free plate of food, since it was a barbecue day. Like Sit on It, it was filled with older folks, nattily dressed.

As with many black neighborhood bars, Sit on It is actually not black-owned, but neither are most ghetto grocery stores and restaurants, and one can only conclude that blacks generally canât compete with non-blacks in running small businesses. Even the black barbershop, that social institution, is being undercut by Asian barbers. On YouTube, thereâs a hilarious commentary by Jay Love, a Philly homeboy, on black vs. Asian hair cutters:

So for a basic haircut, Jay Love prefers the Asians:

Iâm not gonna go to no black barbershop. Theyâre unprofessional [â¦] You donât conduct yourselves like businessmen. Every time I go to a motherfucking black barbershop, yâall motherfuckers up in the air. Instead of doing my hair, it takes you 45 minutes to do anybodyâs hair, because youâre busy leaving out the barbershop, answering your cellphone in the middle of cutting somebodyâs hair, leaving out the barbershop, talking to your girl for 15 minutes. I guess you must have forgotten that your client was in the chair, and maybe you think he donât got nothing better to do with his day [â¦] Yâall talking about Floyd Mayweather, the latest fight, this sports event or gossiping about how many bitches you fucked [â¦] You know, nobody wants to hear that. 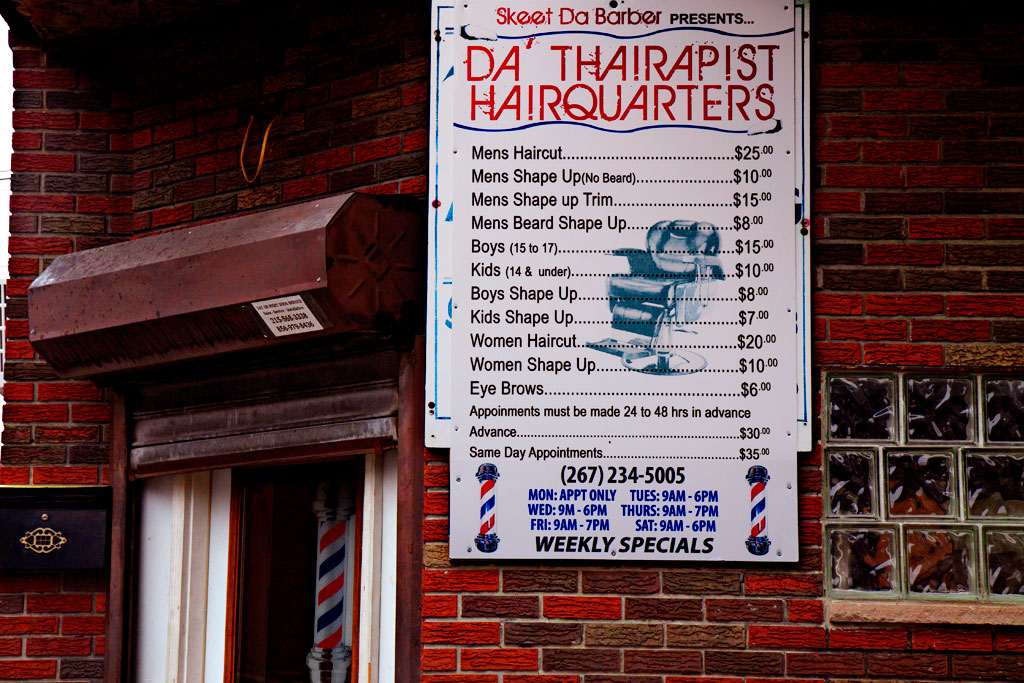 Providing a quicker service, Asian barbers also charge less than half of their black peersâ prices. At Daâ Thairapist Hairquarters, a haircut by Skeet da Barber costs $25, but itâs $30 if you want an appointment, which must be made at least 24 hours in advance. If not, itâs $35.

Itâs curious that socialist, universal brotherhood types are usually quite militant about supporting multiculturalism, when itâs in fact a capitalist tool to drive wages down and squeeze the most from each worker. More insidiously, it can often turn him into a caricature, for in any multicultural society, each ethnic group is forced to become more specialized in its working, and thus social, roles. Just think of all the Latinos in the kitchens of American restaurants, serving whatever food.

With my chance of becoming a professional athlete near zero, I might have to paint finger and toe nails for a living. Others with longer limbs and a much better vertical leap may decide to shoot hoops all day. Before integration, there were many more black business owners, for they had to provide not just their own bars, restaurants and barbershops, but also banks, insurance companies and car dealerships, etc. Though meant to blur racial differences, integration actually accentuates them.

The Civil Rights victories of 1964 and 1965âthe public accommodations act and voting rights actâcreated tremendous anxiety among African Americans about how they would fit into a desegregated society, so the rise of black separatism at exactly that moment of legislative triumph was not an accident. It offered a segment of the black population the choice of opting out of the new disposition of things. Opting out had consequences, and over several generations since then, the cohort of poorer black Americans has grown only more oppositional, antagonistic, and economically dysfunctionalâwith the sanction of Americaâs non-black âdiversityâ cheerleaders, who remain adamant in their own opposition to the idea of common culture.â

Ah, but race, ethnicity and border are but reactionary social constructs, designed to keep us apart! Though dwelling on this resource-depleting population time bomb and babbling 7,000 languages, we are all kin. Those who think such may consider moving to, say, Equatorial Guinea, where they can decide for themselves if border, ethnicity or race matters. Most of us are bred to function reasonably well within one society only. Expelled for just an hour, most would freak. At the very least, home is where they speak your language.

At Sit on It, thereâs a curious sign, âGrab Your Passport All Abroad / Cynthiaâs World Travel To China / BIRTHDAY Celebration.â

Cynthia has worked at Sit on It for two decades. Thoroughly at home in Point Breeze, she doesnât really want to go anywhere, and hasnât. The world, though, is coming right at her, and with the cut throat competition intrinsic to multiculturalism, Cynthia may even find herself evicted before too long.