Poets Phan Nhien Hao and To Thuy Yen (far left) in New Haven
◄►Bookmark◄❌►▲ ▼Toggle AllToC▲▼Add to LibraryRemove from Library • BShow CommentNext New CommentNext New ReplyRead More
ReplyAgree/Disagree/Etc. More... This Commenter This Thread Hide Thread Display All Comments
AgreeDisagreeThanksLOLTroll
These buttons register your public Agreement, Disagreement, Thanks, LOL, or Troll with the selected comment. They are ONLY available to recent, frequent commenters who have saved their Name+Email using the 'Remember My Information' checkbox, and may also ONLY be used three times during any eight hour period.
Email Comment Ignore Commenter Follow Commenter
Search Text Case Sensitive  Exact Words  Include Comments
List of Bookmarks

Iâve only been to New Haven four times, and last week, it was only to participate in the commemoration of the Fall of Saigon, as organized by the Vietnamese Studies Program at Yale. I was one of three poets invited. The other two were Phan Nhien Hao (b. 1967) and To Thuy Yen (b. 1938).

Iâm the translator of the only book by Hao in English, Night, Fish and Charlie Parker (2005). I first met Hao in Saigon in 2000, and weâve hung out in San Jose, Illinois and Philly. Iâve even bought a used car from the man. Weâre friends, in short. Haoâs father died while fighting for South Vietnam in 1975.

To Thuy Yen, I only got to know last week at Professor Quang Phu Vanâs house, where we all stayed. Itâs very Vietnamese to prefer the friendlier, shared space of a home, instead of separate hotel rooms. We ate wonderful dishes cooked by Vanâs wife and downed vast quantity of his beer, wine and whiskey. Our conversations lasted for hours.

Visiting Iceland in 2007, I learned that a Vietnamese water puppet troupe had performed there. At their hotel, the Vietnamese had converged into just two rooms to socialize, with many sleeping on the floor instead of returning to their own beds. The man who related this was quite bemused. With so few people, Iceland has more than enough space for everyone.

Since To Thuy Yenâs real surname is also Dinh, I brought that up immediately, but we couldnât establish any shared regional roots. We did discover we had many mutual friends, however, despite our age difference. As a South Vietnamese colonel in charge of propaganda, Yen had many writers working under him.

I asked Yen how much influence did the Americans have on South Vietnamese propaganda, and he said very little, surprisingly. It was the Taiwanese who worked closely with Yen, âSince they had lost to the Communists, they had plenty of experience in dealing with them. The Taiwanese sent four advisors and maintained an office in South Vietnam for about a decade. Our people also went to Taiwan to learn.”

Wartime South Vietnam had many private newspapers, unlike the North, with its government monopoly on all publishing. âWhenever an article appeared that was somewhat favorable to the Communists, they would buy as many copies as possible, since this encouraged the editor to publish similar stories in the future. The article could also be distributed in areas under their control, for their propaganda.â

South Vietnam was also crawling with North Vietnamese agents. âOne man was caught on the beach in Phan Thiet. He was originally a Southerner, so spoke like a local, but he had forgotten to adjust his watch! Back then, Hanoi was an hour ahead of Saigon. One of our policemen noticed this discrepancy.â

âUnfortunately, he was killed in jail by other Communists. They knew he had too much information.â

In hindsight, of course the man should have been kept separately but, as with any war, there were so many prisoners to manage. After the Fall of Saigon, Yen found himself locked up for 13 years altogether, âWhen they first came in, they had a guy with a red armband and an AK-47, guarding my house, then a truck came by to take all of my books away, to burn or sell as scrap.â

Before 1975, Yen sometimes interrogated Communists at a jail by the SaigonRiver. Now, he was kept in the same prison. âHistory is just people changing costumes,â Yen chuckled.

Like all South Vietnamese soldiers, Yen was never convicted or sentenced, but simply kept until his captors decided he was properly reeducated. After a decade, Yen was finally released. At least, he didnât die in custody. His wife, whom I also met in New Haven, had brought food and medicines to Yen while he was imprisoned. The strength of the Vietnamese family is testified by the fact that so many women never abandoned their jailed and highly stigmatized husbands.

Life inside Vietnam was extremely difficult during those postwar years. In a 2000 interview, Phan Nhien Hao told me he had been hungry all the time, âOne could hardly think of anything but food.â Luckily, Yen received cash assistance from overseas friends and admirers. Some visited him in Saigon.

When one of his poems was smuggled out and published anonymously in France, Vietnamese state intelligence quickly found out whose it was, thus Yen was again jailed, this time for three years.

âDid he apologize later?â I asked about the man who had leaked the poem. I know this prominent scholar.

In 1993, Yen and his family were finally allowed to emigrate to the US. âThe day before we left, I warned my wife and kids to watch what they say even after we get on the plane, because itâs still their territory. They can always turn that plane around. It wasnât until we had landed in Taiwan that we could speak freely.â

Though the global powers, Russia, China and the US, certainly got involved in the Vietnam War, it was still essentially a civil conflict. All of the groups that were aligned against the Communists, such as the Catholics, Cao Dai, Hoa Hao and various nationalist parties, were active way before the Americans showed up. This shouldnât surprise, for Vietnam, like any other country, didnât exist simply to be pro or against America. The same Vietnamese factions are still squabbling.

For over a century ending in 1775, Vietnam was also divided, with war erupting between the two halves regularly. Into eternity, most northerners will be annoyed by the southern accent, and vice versa. Like folks everywhere, Vietnamese value their family and home town above all, so no rootless, globalist ideology can enlist them, except by deceit, temporarily. Dodging taxes, they hate centralized control.

Yen, âAll societies are tribal. You protect your family and friends, and you get by on your network of allies.â

One of those Yen took under his wings is a poet friend of mine, âHe started out as a captain, but went AWOL twice, so was demoted to second lieutenant when assigned to me. He was totally useless as a soldier. He would be carousing in town all day, then steal cigarettes from my drawers in the evening. I would find him sleeping on my desk! Once he sneaked into a morgue to eat the banana offerings to a corpse!â

Of course, this manâs appalling behavior was deeply unfair to those who had to fight and die, but most men are more like him than a hero under fire. Behind the myth of a John McCain or Davey Crockett is often a frightened, browbeaten, bumbling and compromised mortal. Many others simply wonât fight out of an innate revulsion to slaughter.

At Yale, I read a poem by a man who sided with the Viet Cong. Hereâs his bio from my anthology of contemporary Vietnamese poetry, The Deluge, âTran Vang Sao, real name Nguyen Dinh, was born in Hue in 1942, where he now lives. His father was killed by the French during the First Indochina War. During the Vietnam War, Sao was a contributor to the underground newspaper âYouths Against America.â He joined the National Liberation Front in 1965, lived in areas under its control, broadcasting propaganda until 1969, when he was injured and removed to the north. In spite of his allegiance to the Communist cause during the warâhis pen name, âVang Sao,â means âYellow Star,â a reference to the national flagâhe has been blacklisted since 1972 for his candid depictions of social conditions inside Vietnam. Heâs been harassed constantly, even imprisoned, his manuscripts confiscated.â

Iâve introduced you to two poets who chose radically different paths during the Vietnam War. For siding with the losing South, Yen lost 13 years of his life. After fighting for the victorious North, Sao has still been punished because his poetry dared to stray from the tyrannical stateâs view of itself.

Wandering through Yale, I saw flyers announcing a John Kerry talk, so his shape shifting from anti-war activist to war monger has caused no consternation among his admirers. Likewise, Obamaâs eight-year reign as the worldâs leading mass murderer hardly dimmed the glow of his Nobel Peace Prize.

In the US, a wrong political stance yields no dire personal consequences, and since no special valor is required, no cowardice is exposed. One can wave the red flag, join the Nazi party, cheer for Trump, swoon for Hillary or idolize Bernie, all without risking anything, really. Collectively, however, Americans’ collusion with their leaders’ political charade is resulting in the ongoing destruction of this nation.

As a child, I witnessed the violent collapse of one country. As an adult, Iâm living through the systematic, orderly and, so far, meekly accepted dismantling of another.

You can bet it wonât stay calm much longer. Soon, weâll see who are our rare heroes, and who will do whatever it takes just to survive another day. 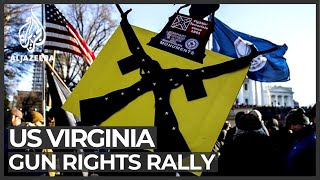