Dresden, 2015
◄►Bookmark◄❌►▲ ▼Toggle AllToC▲▼Add to LibraryRemove from Library • BShow CommentNext New CommentNext New ReplyRead More
ReplyAgree/Disagree/Etc. More... This Commenter This Thread Hide Thread Display All Comments
AgreeDisagreeThanksLOLTroll
These buttons register your public Agreement, Disagreement, Thanks, LOL, or Troll with the selected comment. They are ONLY available to recent, frequent commenters who have saved their Name+Email using the 'Remember My Information' checkbox, and may also ONLY be used three times during any eight hour period.
Email Comment Ignore Commenter Follow Commenter
Search Text Case Sensitive  Exact Words  Include Comments
List of Bookmarks

In a few hours, I’ll fly to Europe, my favorite continent, and why not? Most of my intellectual and artistic heroes are Europeans, Kakfa, Beckmann, Kippenberger, Siebald, Rabelais, Rimbaud, Celine, Orwell, Kundera, Dostoievsky and Milosz, etc. I’ve spent significant time in Italy, England and Germany, and have fond memories of a least a dozen other European countries, all very distinctive from each other. Still.

White culture has dominated much of the world for several centuries, but it is winding down through self hatred. The white left mostly hate whites, while most of the white right are contemptuous of everybody else. Half of whites, then, hate the other half, and contemporary white culture is a degraded mess. Think Katy Perry being breaded, kneaded, garnished then cooked. Free of war and colonialism, whites are doing a fine job of destroying themselves.

Many are cheering. It’s about time! Susan Sontag in 1967, “The white race is the cancer of human history; it is the white race and it aloneâits ideologies and inventionsâwhich eradicates autonomous civilizations wherever it spreads, which has upset the ecological balance of the planet, which now threatens the very existence of life itself.”

After white hegemony comes Chinese leadership, many whites themselves are hoping. When I was in Leipzig in 2015, a German friend insisted that the Chinese were lifting up the Third World. It was a constructive partnership, he said, unlike murderously exploitative white colonialism. Often citing Andre Vltchek, this man believed that a resurgent Communism would be led by Russia and China. He didn’t care for my observation that the Russians and Chinese had regained their footing, confidence and compass thanks to nationalism. Nationalism is reactionary, he believed. He himself didn’t feel German and could care less for the concept. Most tellingly, this man had never been outside Germany. He didn’t know how grounded to Germany he was.

No population anywhere needs a global ideology. Not only is global solidarity unachievable, but undesirable.

Bereft of a homeland, many Jews dreamt of a international brotherhood, thus the nightmarish chimera of Communism, which is defended to this day by the most emotionally arrested, historically amnesiac or simply hypocritical. Many who extol the virtues of international Communism will also rabidly defend the ultra nationalist and racist state of Israel.

In the popular mind, the evilness of white culture is epitomized by Nazi Germany, with Germans forever stigmatized as the worst of whites. Contemporary Germany, however, is one that supposedly allowed 500+ German women to be sexually assaulted by Muslims in Cologne during New Year’s Eve of 2016. Germany is really that neutered, goes the narrative.

Perhaps emboldened by such, Vietnam recently kidnapped a Vietnamese asylum seeker from the Tiergarten, right in the heart of Berlin, then smuggled him back to Hanoi to stand trial. A former head of the state-owned oil company, Trinh Xuan Thanh is accused of pinching $150 million. Maybe Turkey will follow suit and snatch a few of Edorgan’s enemies?

I’ll be in Barcelona by morning. Emerging from the train onto the Placa de Catalunya in 2003, I encountered so many Africans and Chinese peddling goods, I thought I was in, well, Naples or Belleville in Paris. My mind has been in Spain for weeks. Reading Spanish newspapers, I learnt that a Senegalese had been beaten to death by four other Africans in Salou, just a 15 minute drive from Taragona, where I’ll be staying with Jonathan Revusky.

In Salou in 2015, a Senegalese peddler of pirated DVDs, counterfeit sunglasses and fake handbags jumped to his death from a third floor balcony as police raided his apartment. This led to two days of clashes between 100+ Senegalese and police.

In Florence more than a decade ago, I often ran into Africans selling bogus goods made by Chinese, often in nearby Prato. With a population of 191,104, it has 45,000 Chinese.

Taragona and Bacerlona Provinces are 10% Muslims, the highest in Spain. In Reus, a law was passed in 2014 banning burquas. When it was struck down by the Spanish Supreme Court, this code was revised to ban all full-face coverings, so you best not loiter in the Reus McDonald’s while wearing a motorcycle helmet, baclava or facekini.

I read that in Pizarra, population 8,990, a three-year-old girl was hit by a train. What’s most remarkable is that as news of her disappearance spread around midnight, 300 locals immediately volunteered to search for her. That’s the kind of small town Europe I remember, having spent two years in Certaldo, Italy, population 16,000.

You see, where every stone tells a story, people are ardently loyal to their home turf. Shared history matters. Strip malls don’t. Europe will only be saved if the American empire, with its corrosive ideologies and madnesses, collapses, and this will happen soon enough. There is hope.

← On NationalismGeorge Orwell and Mohammed Atta Were Here → ← On NationalismGeorge Orwell and Mohammed Atta Were Here →
Current Commenter
says:
Current Date at Time Now
Leave a Reply - Comments on articles more than two weeks old will be judged much more strictly on quality and tone
Cancel Reply 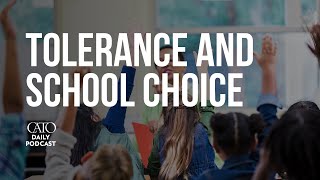