Fred Reed ran but got no votes, so itâs my turn. Iâm officially announcing my candidacy for the President of the United States of America. Foreign born, Iâm technically ineligible, but the deep state can make anything happen, and I have Jewish power behind me, for Iâm not just its secret agent, but a real Jew, though tomorrow, I may declare myself German or Swedish.

How we feel trump biology. A pitbull is just like a poodle, we must all agree. Raise rutting bulls like cows. 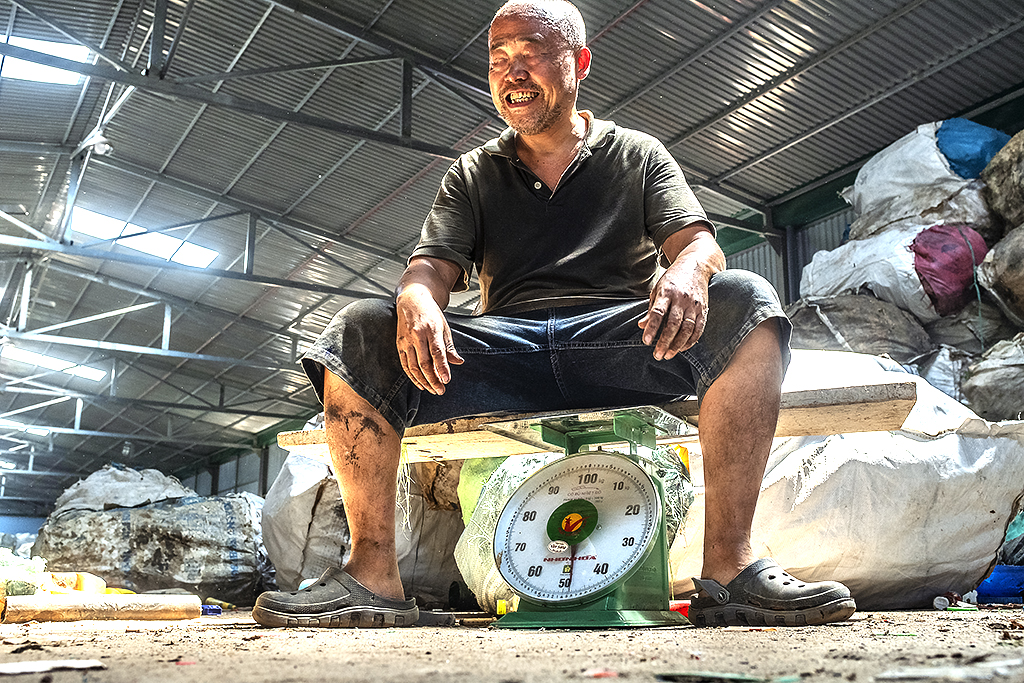 All this crap about me sweating in a plastic recycling plant in Ea Klyâis there such a place?âis just a clumsy skit, done on a sound stage, like the Apollo landings. With Gal Gadot rubbing against me, Iâm actually lounging in Tel Aviv, within sniping distance of Topsea Beach.

As for my blathering about gas chambers and wish for the erasure of Israel, theyâre just head fakes to gain support from neo-Nazis and other deplorables, who constitute 99% of every state but California, Oregon, Washington, Vermont, Massachusetts and New York. Deep down, Iâm a classic Jewish progressive, just like Bernie Sanders and Jonathan Revusky. With my platform, I will out green, out Marx and out Jill Stein all of these half assed faggots, so here it is:

Until yesterday, this reactionary country somehow believed that only men, with their toxic masculinity, should fight wars, but thank Goddess, that shitâs over, so now we have all these uniformed babes, bull dykes, chicks with dicks, tranimals, lezbois and whatever else, all failing to do the required pushups and chin ups, before theyâre sent into battle to slaughter Muslims for Israel.

Among the pros of having troops with boobs is that weâll have more hard up losers enlisting, for an incel will have a much better chance of rubbing against softness if heâs in the same fox hole with someone with a theoretical vagina. The cons are numerous, as in having more GIâs constantly scheming to screw each other more often. Already, there are nearly 30,000 intramural sexual assaults yearly, with more than a quarter of our female grunts victimized. Confronted with a serious foe, how will our multigendered military perform? Perhaps not so optimally. China or Russia may disrupt our tampon supply lines. Enraged and near death, trained killers might as well just stick it hard in the nearest rosy hole, damn the consequences, for even well-bred young men can barely constrain their erections just strolling down the peaceful lanes of Norman Rockwell, USA.

Did I just say âmenâ? My bad. Under my totally green yet entirely red administration, there will be no more men or women, two outdated and frankly embarrassing categories. We must become much more progressive. Soon as I take office, I will mandate that all Americans be transitioned into a sexually fluid state, with constantly shape shifting genitalia, so they wonât ever know, again, if theyâre fucking or being fucked. A screwing penis will suddenly become the penetrated vagina, then back again, indefinitely.

As for borders and border walls, weâve wasted way too much time arguing, for the solution is obvious. Iâll declare the entire world to be America, so everyone will become American, and in. Rejoice over your visa free travel everywhere! The deplorables may not be too happy about this, so Iâll explain to them, âThe next time youâre sent to the Middle East, where you may lose a nut or two, you wonât be fighting for Israel, geopolitical positioning and/or energy routing, but, finally and unequivocally, to defend your homeland, for itâs all America, all the time, so no more of this, âWe must fight them over there so we wonât have to fight them over here,â for everything will be âover here.â The removal of that ambiguity alone will make this worthwhile. As you lie in Walter Reed for decades on end, with no limbs, half a face and a tenth of your brain, you wonât have to seethe over being suckered, for you really did fight for America.

Since it should be abundantly clear by now that everyone wants to become American, my decree will be met with unprecedented jubilation worldwide, with thundering chants in Mogadishu, Caracas, Damascus, Beijing and Moscow, etc., of âI am an American!â Dictators like Putin and Xi Jinping will undoubtedly balk, however, but weâll bring all these breakaway provinces into the red, white and blue fold, for the the peopleâs wishes shall not be denied. As some clown once plagiarized, âThe arc of the moral universe is long, but it bends toward justice,â and thereâs no justice but American.

Whatâs up with this Ocasio-Cortez chick? She ainât ish, a mere teaser to my programing. Why stop at giving an income only to those who are unwilling to work? Why not just outlaw work?! Which is what Iâm going to do, for with the Jewish Reserve, money can be farted out of thin air, so a universal guaranteed income is more than feasible, with everyone an instant millionaire even. Of course, an ounce of chicken liver will cost a billion, but with our fudged statistics, already in place, inflation wonât be an issue.

For decades, misguided malcontents have grumbled about offshoring and the importation of cheap labor, leading to thousands of American factories shutting down, millions of workers laid off and every Main Street outside the Hamptons desolate. Demanding that jobs be brought back, these dimwits donât understand that the master plan has always been to get rid of as many jobs as possible, to create a work free America. In the American workersâ paradise, there wonât be anything for useless eaters to do but shoot up synthetic heroin, as sent to us from China. Thank you, China!

Other great news include soaring rates of suicides, rising emigration and, soon enough, casualties from street battles between equally clueless factions, so the population will cull itself, leaving just the docile to perform menial tasks for the chosen few, of which youâll never be. Who are you kidding?!

Now, for some side matters. Our higher education has been moving relentlessly in the proper direction for decades, with students taught to hate whiteness, grammar, men, nationhood, common sense and their own mind, lest they have an incorrect thought, but we must not stop here, comrades. Inside a cowed undergraduate there may still lurk a heretic who actually thinks that men and women are biologically distinct, that the races are different, with each having relative advantages and defects, that the Holocaust is a litany of lies enabling out of control Jewish power, and there is no reason why the USA, whatâs left of it, should be complicit in Israelâs endless criminality. To stamp out these disgusting thoughts, I will mandate that all of our colleges be renamed Hasbara University, and deployed with exactly the same curriculum.

I understand that during football season, Hasbara of Ann Arbor vs. Hasbara of Columbus doesnât quite have the same ring as Michigan vs. Ohio State, but you better get used to it, you whiny bitches, for anyone who complains will be charged with anti-Semitism, a capital offense, and be executed at halftime.

Itâs remarkable what weâve been able to accomplished, for the American left now openly hate the masses, and our educated are militantly ashamed of their nationâs heritage, but much more needs to be done, so my Secretary of Education will be, youâve guessed it, Jussie Smollet. Although this exceedingly winsome African-American queer fumbled a bit lately, his people of color heart and mind are correctly aligned. He knows exactly what weâre after, miseducation wise.

You may be wondering how I can court both the right and left at the same time? Easy. Since neither camp reads the otherâs websites, and those who watch CNN avoid Fox, and vice versa, I can freely contradict myself without hardly anyone noticing, as long as the deep state is behind me. During presidential debates, I will speak from both sides of my mouth, literally at the same time, and be lauded by pundits for my unmatched honesty. Everything will be transparent. Unlike all the others, I wonât even wait months to break promises. 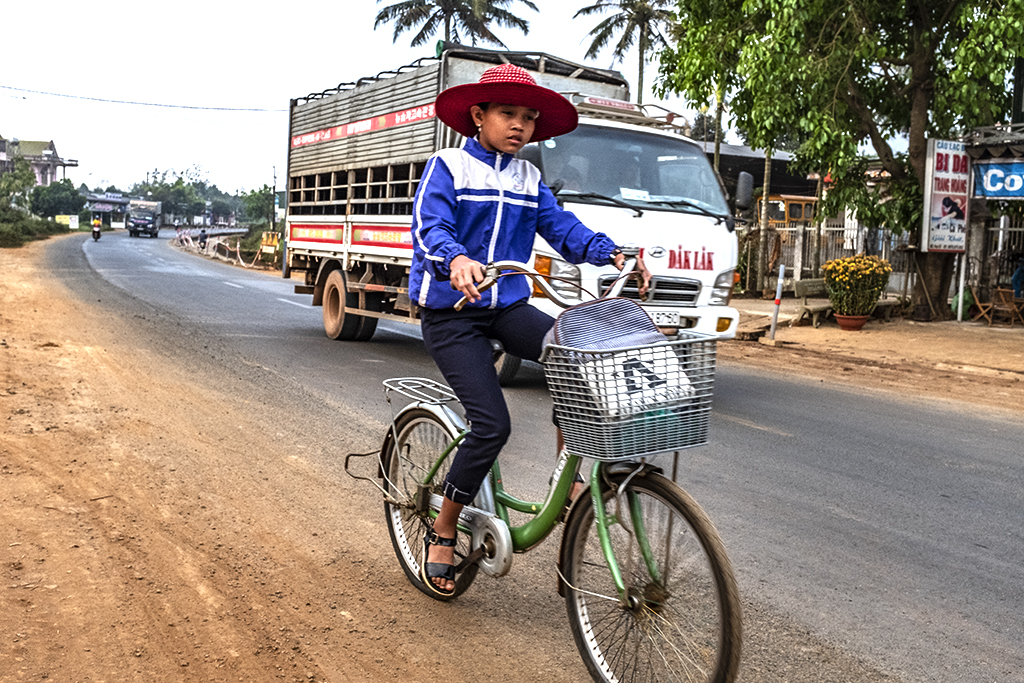 It is, again, 5:30 in the morning, and Iâm yawning at Mrs. Haâs cafe, as her first and only customer. The lovely Rade schoolchildren wonât be rolling by on their bikes for another hour or so. Thereâs no more calming sight than their serene, angelic and bantering faces. In the inky dark, a Saigon-bound bus idles. Hungry, I canât wait for my morning msabbaha at Lala Land. Oh shit, I mean pho! Homemade pho! Letâs do this scene over! BLM Is Just a Totally Jewish Scam That Isnât Even Run by Black People
Andrew Anglin
• 190 Comments • Reply
← MonkeysEscape from America: Dedovsk, Russia →
Hide 141 CommentsLeave a Comment
"Iâm Your Next President"
• 141 Comments
Commenters to Ignore
Commenters to ignore (one per line)