From 10AM to 11PM, Hoi Anâs old town is choked with tourists, so just get there just after sunrise if you want to admire its architecture, and it is magnificent. How did this slice of old Vietnam survive?

During the Vietnam War, Hoi An was the administrative center for the entire province, so it was well-protected by the South Vietnamese. After 1975, Le Duan ordered many shrines and temples destroyed, to eradicate superstition. For two decades, he was the head honcho of the Vietnamese Communist Party. A true progressive, Duan relentlessly lunged towards an ever-elusive utopia as he copiously farted at the stinking and reactionary past, but at least he was anti-Chinese, many Vietnamese will add in his defense. It was left to a Pole, interestingly, to save much of Hoi An.

The architect and preservationist Kazimierz Kwiatkowski spent nearly 16 years in Vietnam. Working with Vietnamese archeologists, he documented the astonishing Cham site of My Son, then turned his attention to Hoi An, then atrociously neglected. Primarily through his efforts, both My Son and Hoi An have become recognized as World Heritage Sites. On Tran Phu Street in the heart of Hoi Anâs old town, thereâs a Kazimierz Kwiatkowski Park, with an eight-foot-tall stone portrait of this noble man, as executed by sculptor Pham Hong.

Documenting My Son, eight members of Kwiatkowskiâs team died, either through illnesses or by stepping on unexploded mines, left over from the Vietnam War. Kwiatkowski could have easily been one of them, but it was all worth it, âI can put up with anything, as long as I can live for these [Cham] towers.â 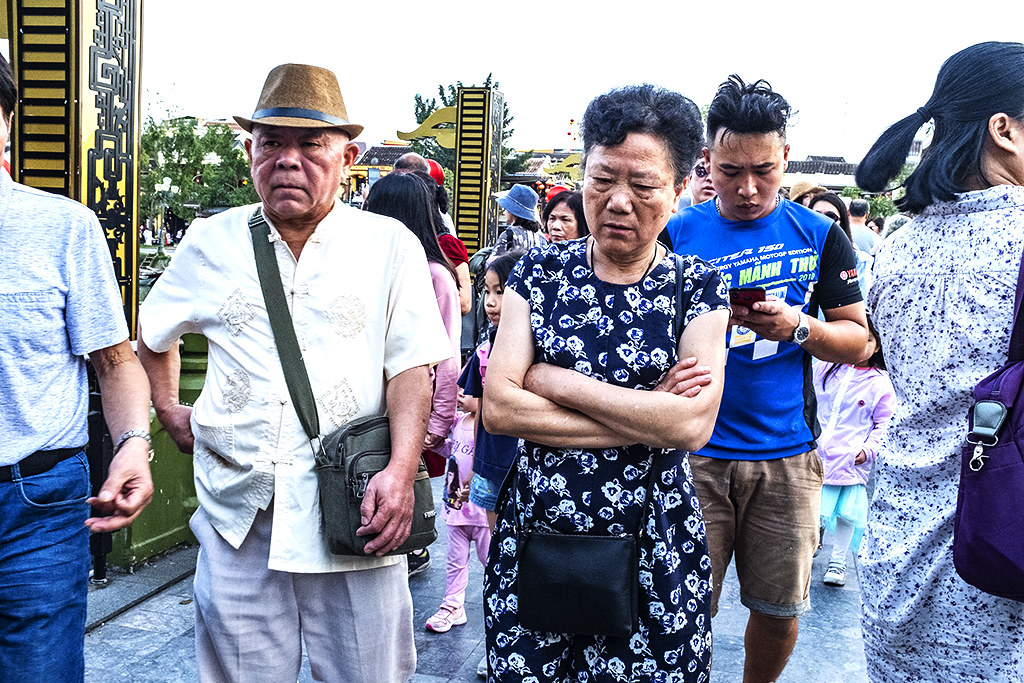 Wandering around Hoi An, I canât help but notice how hideous are many of the tourists. As one with an extensive catalog of congenital defects, generic and likely even unique, I should be the last one to judge. Still, I think their ugliness can be partly attributed to the fact that theyâre hectically being herded on tour, with the imperative to constantly admire everything in front of them. They’re denied travel’s chief pleasure of freedom. Surrounded by beauty, they look like constipated grief.

The point isnât to enjoy yourself anywhere, but to take enough photos to prove that you have had a great time in some place your neighbors havenât been. Just as nearly all of life now comes to us via photos, we can only convince others, and ourselves also, of having lived, through photos. The worldâs infinite richness has been reduced to a monotony of duckfaced selfies.

In Hoi An, I often felt like I was plowing through a biblical-sized daytrip from some mental hospital, for I certainly bumped into Nurse Ratched at least half a dozen times, as well as (mostly Chinese) versions of Chief Bromden, Billy Bibbit, Martini and Candy, etc. 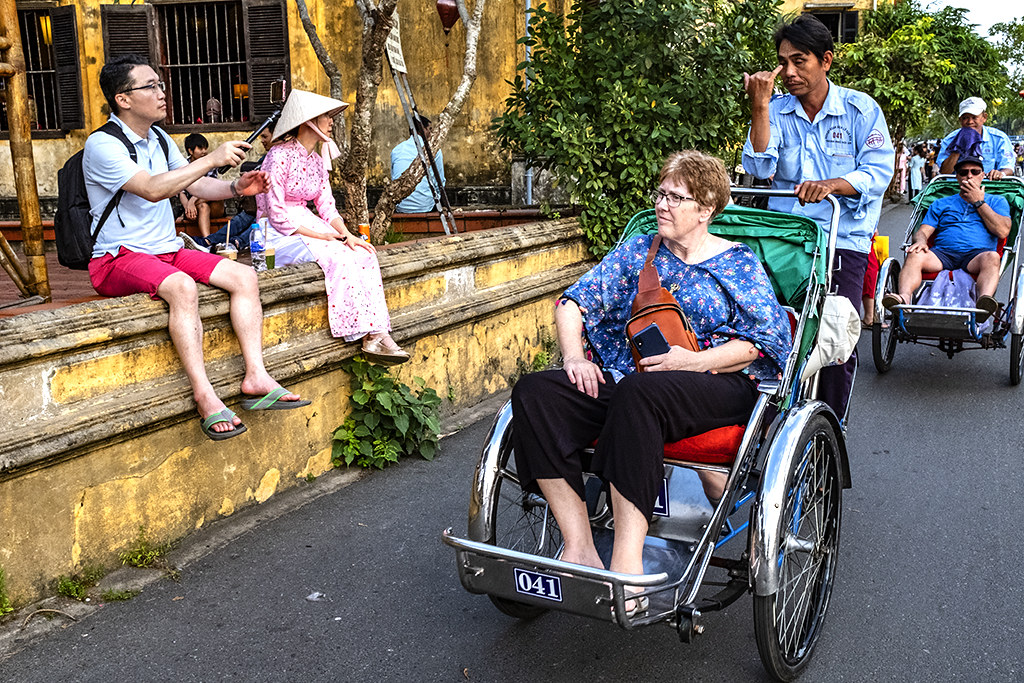 Looking uncomfortable, they sit exposed on pedicabs to be steered, most recklessly, through the packed-sardine streets. Itâs Vietnamâs version of the Running of the Bulls. For variety, maybe Spanish Toro Bravos can be imported here, and demented pedicab drivers can be dispatched to Pamplona.

Strutting primate, âBATHING APE,â with a tricorn wearing monkey, on top of a cartoony skull and bones.

There is a tiny, tucked away oasis from all this at Tadioto, a bar owned by Nguyen Qui Duc. One afternoon, I looked up my old friend to find the mofo as suave as ever. With Vietnamâs turbulent history, few can claim to be from a pedigreed family, but Duc comes close. His great grandfather is Nguyen Van Tuong, a Machiavelli, Cromwell type who had a hand in the liquidation of three Vietnamese kings. He screwed a queen. Deported by the French to Tahiti, Tuong died there in 1885. Ducâs father was the highest South Vietnamese civilian official arrested by the Communists in 1968, and he wasnât released until 1980.

âThis guy is a great poet,â Duc introduced me to his manager, a young South African.

âYeah, right, youâre so full of shit,â I wearily replied, then to the South African, âHow long have you been here, dude?â

âNo, Australian, but she was born in Hoi An. She speaks Vietnamese perfectly.â

Duc told me he was finishing his Morocco novel, and starting a screenplay about Madame Nhu. What a mess of a family. Her brother killed their parents in Washington D.C.

Duc is infatuated with Morocco. He stays there for a month each year. Since the 62-year-old had only published one book, I urged, âYou better get your ass moving, man. Soon, it will be over. I already feel exhausted.â 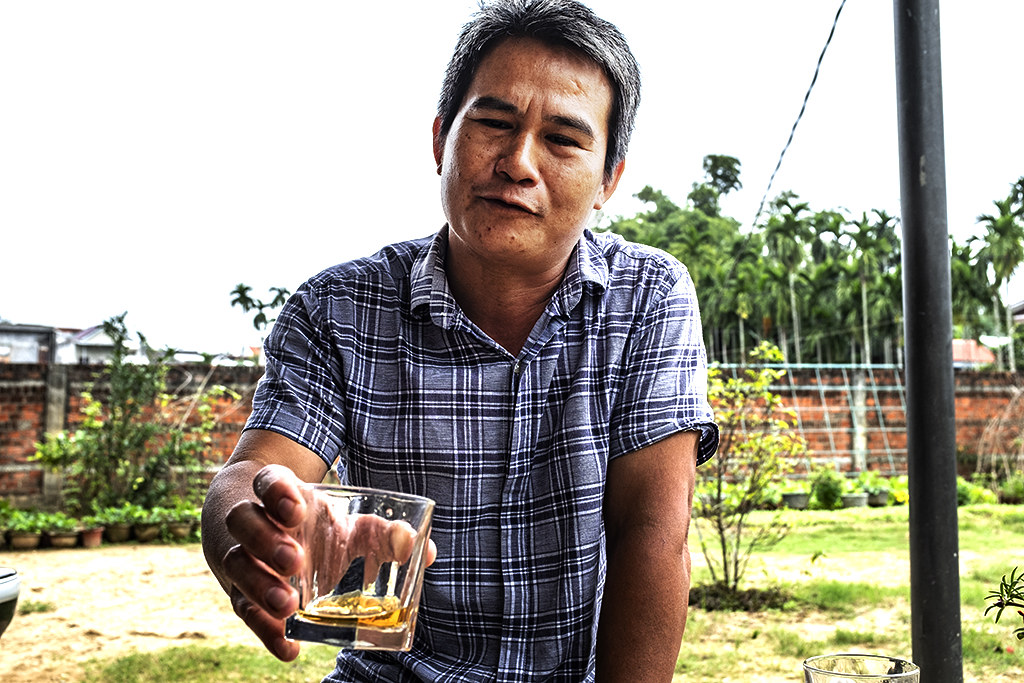 One day, poet, journalist and documentary filmmaker Lieu Thai rescued me from this mass tourism madness. In their beat-up Corona, he and his wife whisked me to their home in rural Dien Minh. Thank God Iâm a country boy, at least for a day.

Suddenly, I was no longer among sad cases in retarded T-shirts, but salt of the bombed earth desperados, standing in fragrant and pristine mud. With its rows of areca palms, the landscape was a softly lit, balming retreat into a more eternal existence. Lieu Thaiâs wife quickly dished up goat, pork then chicken with bamboo shoots, but she didnât care to get sloppy with us, so Lieu Thai and I steadily clanked glasses of three Vietnamese wines, one from as far north as Sapa.

Though this was our first meeting, Lieu Thai didnât hesitate to offer me an indefinite stay at a house he owned, âIt has all amenities, and you can even use of a motorbike!â

There is definitely a brotherhood among Vietnamese writers. We have many friends in common. We talked about much, including Jack Londonâs Call of the Wild, how to quickly get access to an alien place (by befriending and overpaying a motorbike taxi guy, who knows the locality inside out), why Quang Namâs proverbs and folk poems are more bawdy than elsewhere (because of Cham influences, with their yonis and lingas), the virtues and drawbacks of Singapore and why many older Vietnamese women are so angry and deranged. Halfway through, we were joined by poet Pham Tan Dung, who gave me his new book.

Lieu Thai lives with his wife, two kids and mother. Next to their house is his grandpaâs, now a ruin and unoccupied. It has an ornate yet very dignified faÃ§ade. Though showing clear European influences, itâs definitely Vietnamese. Fifty years ago, there were still thousands of sublimely beautiful homes like this all over Quang Nam. Now, there are almost none.

Commandeering this house during Tet of 1968, the Viet Cong fought from inside it. After the Americans managed to flush them out, they shot into the floor to make sure there was no hidden basement or tunnel. With a flashlight, Lieu Thai showed me the bullet holes.

He also showed me black and white and sepia photos of his forebears, still there on the shelf altar. In the dark, they sit, day and night, with no food offerings or incenses. 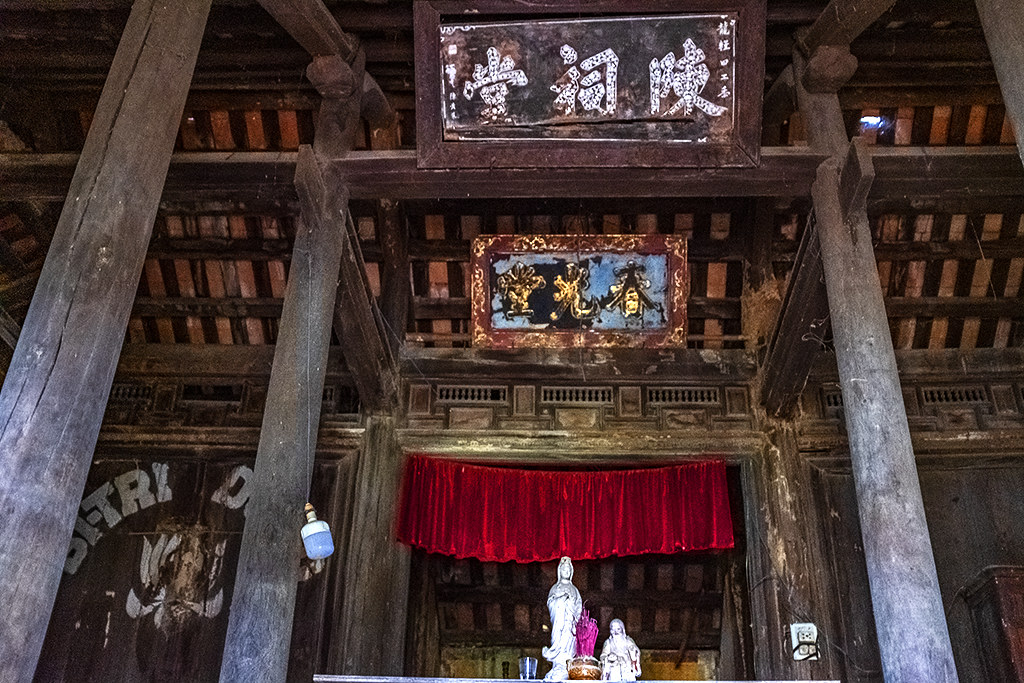 Every Vietnamese house is a shrine, for as soon as you enter the living room, you see a large altar, though this is shrinking with each passing year. What theyâre worshipping, above all, are their ancestors. Vietnamese revere their own past. What irony, then, that many Vietnamese were momentarily tricked into fighting for a Party that was militant in eradicating the past, with the promise of a utopian future.

During the Vietnam War, most Vietnamese on both sides simply fought for Vietnam. The nationalistic propaganda from both the Hanoi and Saigon governments reflects this reality.

America, too, offered utopia. Professing an unprecedented mission, it bombed away, but now it is nakedly bankrupt, miserable and insane.

Speaking to Lieu Thai, I blathered, âYou know, the lesson of Jack Londonâs People of the Abyss is that, here, in the heart of the greatest empire on earth, there were so many people, English natives, who were living like animals. People can claim that Call of the Wild is only about the most unusual of situations, that these gold seekers were freaks, but what about these ordinary people in London?! If you go to any American city, youâll see the same. In San Francisco or Los Angeles, for example, youâll see thousands camped out on the sidewalks, right downtown even, by City Hall! Theyâre living like animals, man. America is in crisis. It hardly makes anything.â

With nothing to sell, you canât participate in a âmarket economy.â Pitching its increasingly threadbare sexy image, America threatens at gunpoint the entire world, including its own citizens. What a joke, albeit a very dangerous one.

Our entire orientation is wrong. We need to reorganize our cities, lives and minds along saner coordinates. SÄnus means healthy and sane. Weâre much sicker than we know.

Once a month in Hoi An, all the electrical lights are turned off for about four hours in old town, so that youâre only lit by candles and lanterns. Kwiatkowski initiated this reactionary yet magical tradition. All those darkened centuries should be reexamined. Again, the man knew what he was doing.