The older you get, the more likely you are to ramble, or, to put it more delicately, to improvise quite freely, incoherently or repetitively, the more youâll sound like Sun Ra on acid, in short.

Warning label out of the way, I must talk about dogs, to start with. 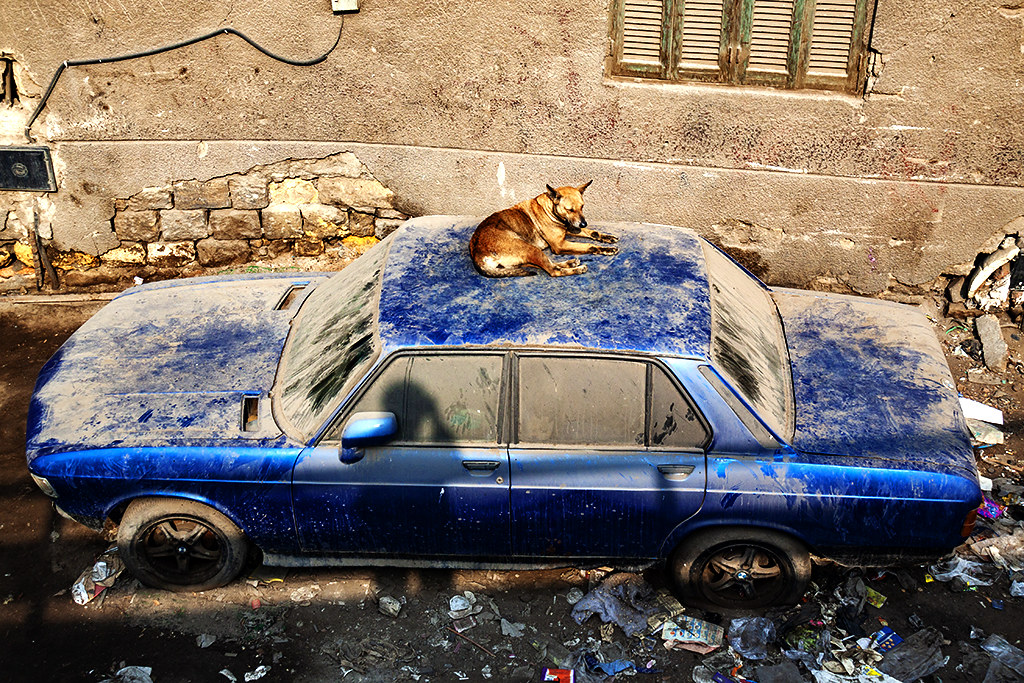 In Egypt, theyâre everywhere, but nearly all are strays. Never petted nor allowed indoors, they find warmth on the heated metal of parked or abandoned cars. Like Egyptian sheep, goats, horses, donkeys, cats and even herons, they eat garbage, which in Egypt is quite plentiful, everywhere. From birth to death, they live a most unnatural existence, not unlike humans.

Eternally hounded, they look at you with pitiful eyes and donât even dare to whimper. Only once did Egyptian dogs bark at me, and that was in Cairoâs City of the Dead. Among the lowest of that society, these creatures seemed less wretched. 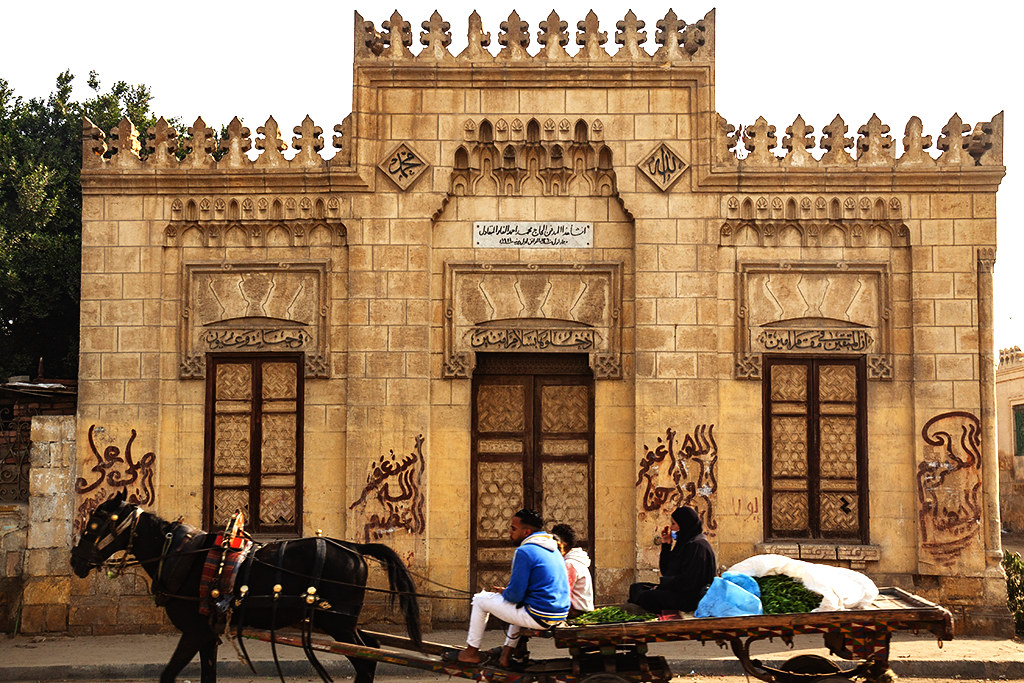 With its quiet, uncluttered streets and often grand, dignified structures, The City of the Dead is perhaps Cairoâs most pleasant neighborhood. Incredibly, itâs also very affordable. Paying no rent, the living coexist, quite peacefully, with the long-dead, inside abandoned tombs.

Since the dead donât drive, parking isnât a problem, but they definitely do enjoy coffee, at least in moderation. Relaxing at a City of the Dead cafÃ©, I was vaguely hoping some long departed broad would show up. Well decomposed, she had had enough time to deconstruct herself, thus come to some self-understanding, if not wisdom, after a conversation or two with God, perhaps. If in hell, she could finally see the Devil without disguise. Her conquered, done with, he could laughingly confide to her all his tricks.

Plus, to her eyes, I would be considered young, fresh meat.

Even with minimal foot traffic, the City of the Dead still has its beggars, so I gave some cheerful, white bearded guy, sitting on the ground, enough for lunch.

Speaking of which, I just had my first cheeseburger in Tirana. Most promisingly, it came with what looked like dill pickles, but, oy vey iz mir, these were merely thinly sliced cucumber! 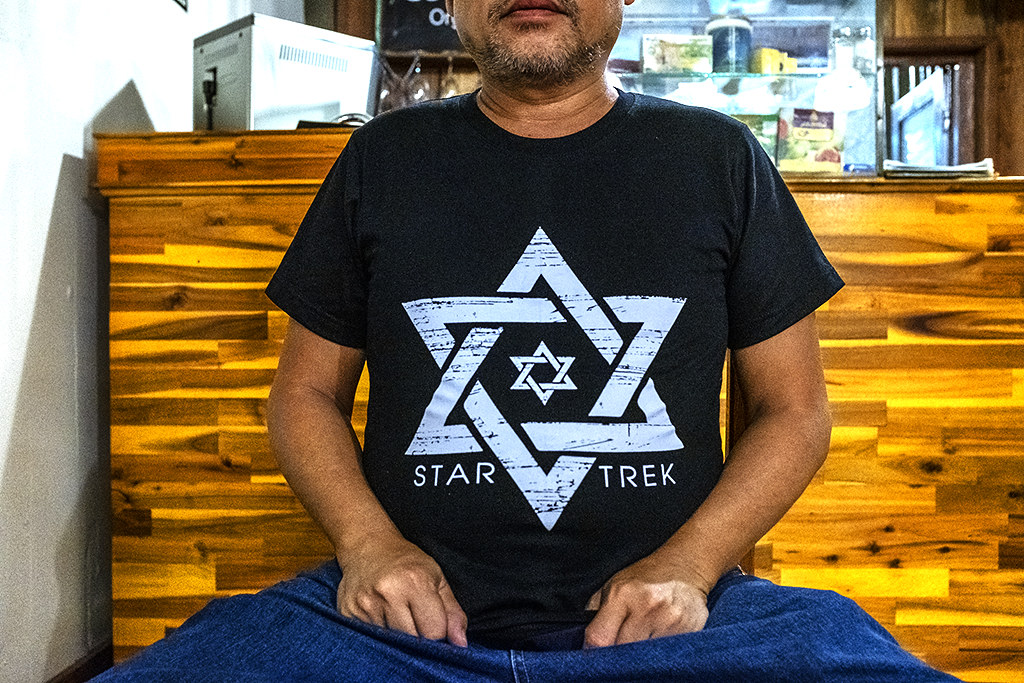 As a bonafide Jew, as proven by this T-shirt, dearly purchased in Vientiane, Laos, thereâs no way Iâm going to put up with this gasly insult! Itâs like being slapped six million times! And where, pray tell, is their Holocaust Memorial Museum? Thereâs not even a synagogue here. I donât care that Albanians fought against both Mussolini and Hitler, these people are obviously brazen Nazis!

Italian culture is common here. Everywhere, pizza, pasta and calzoni are sold. Albanian prosciutto is not quite Italian quality, but good enough. Standing in a bakery, Iâm staring at rolls called tartarughe [turtles] and rosette, just like in il bel paese, and a croissant here is also a brioche.

Every language is a collective poem, with each grunt or exhalation an inspired moment, once upon a time or just yesterday. Take the Albanian makina. Derived from the Italian macchina, it means machine or car, but car as merely machine is very childish, of course, if not ridiculous, but thatâs its charm, just like the Spanish tienda means tent or store.

Call me biased, but the cutest along that line is the Vietnamese for crocodile, cÃ¡ sáº¥u, which literally means ugly fish.

Man plays with language, for itâs his most available toy, and costs nothing, except loss of employment, prison or even death, if heâs corralled inside a Satanic system. Worse off than dogs in a necropolis, he canât even bark.

Smile, youâre not quite there yet, but watch your back.

If you consider death as the total erasure of reality, then its eclipse is always a partial death, so how dark has your noon become?

As I waver between turtles and rosettes, Fred Buscaglione is belting, âGuarda che luna! Guarda che mare!â From this night, without you, I must remain. OK, Fred.

During those suffocating decades of Enver Hoxhaâs Communism, Italian radio broadcasts, heard surreptitiously, were all Albanians had of the outside world.

In return, Albania beamed its Stalinist and Maoist messages towards Italians, but such relentless hammering and sickling wasnât too popular, so music had to be interspersed.

In December of 1972, Hoxha have had enough of this diluted nonsense, so he ordered Radio Tiranaâs directors, composers and singers sent to internment camps, along with their families.

Few things are as weird as a Communist song and dance routine, for it is most awkwardly pistoned by rigid, coerced emotions. No spontaneity is allowed, not even an impromptu smile.

I witnessed this firsthand at a North Korean restaurant in Phnom Penh, where the stiffly pretty waitresses wore the most plastic faces as they gutted out shlock rock or pop numbers. Their guitar, bass and drum playing was adroit, but as anyone with a soul must know, precise muscle twitching alone doesnât make music. It was torture, especially for them.

Granted, to be civilized is to compose and choreograph yourself constantly, but under a totalitarian regime, this imperative is pushed to an insane degree, at all time, even when youâre alone, for Big Brother has been implanted inside your skull.

Everyone is always watching everyone else, and himself, for ideological deviations. A single thought crime can finish you off. No playfulness is allowed. Hyper conscious, your mind eats itself. 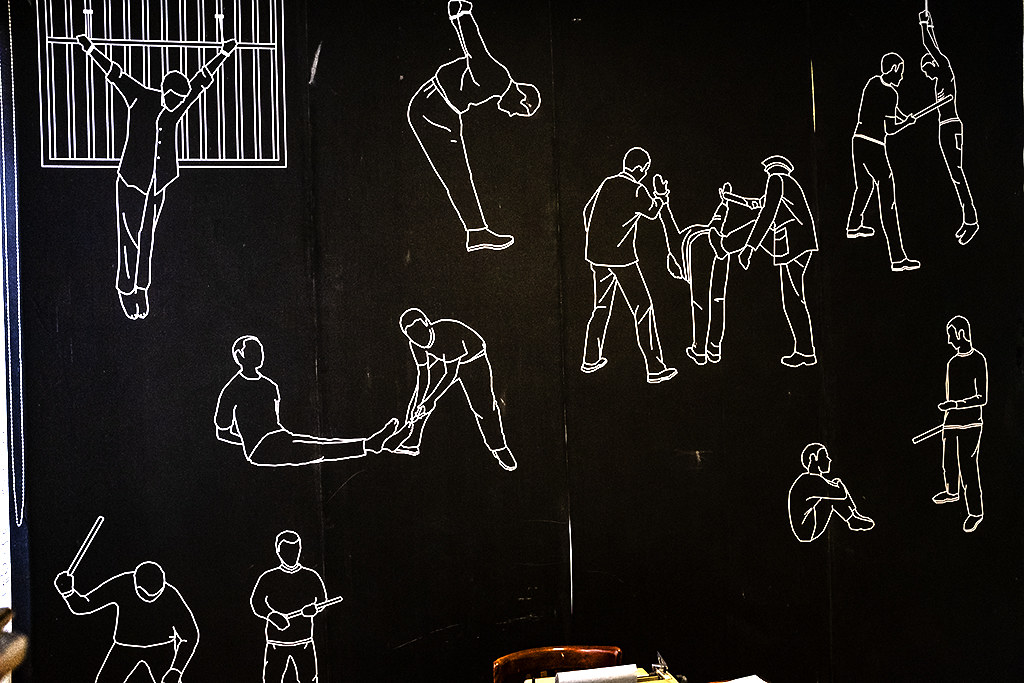 Even with your children, you must always be on guard, for they have been well indoctrinated, day after day at school, to detect and denounce heretics.

In Tirana, the former headquarters of the secret police has been turned into a museum, House of Leaves. Here, thousands were taken to be interrogated, often under torture. Like its innocent name, this sinister place has been mostly scrubbed of its terror. 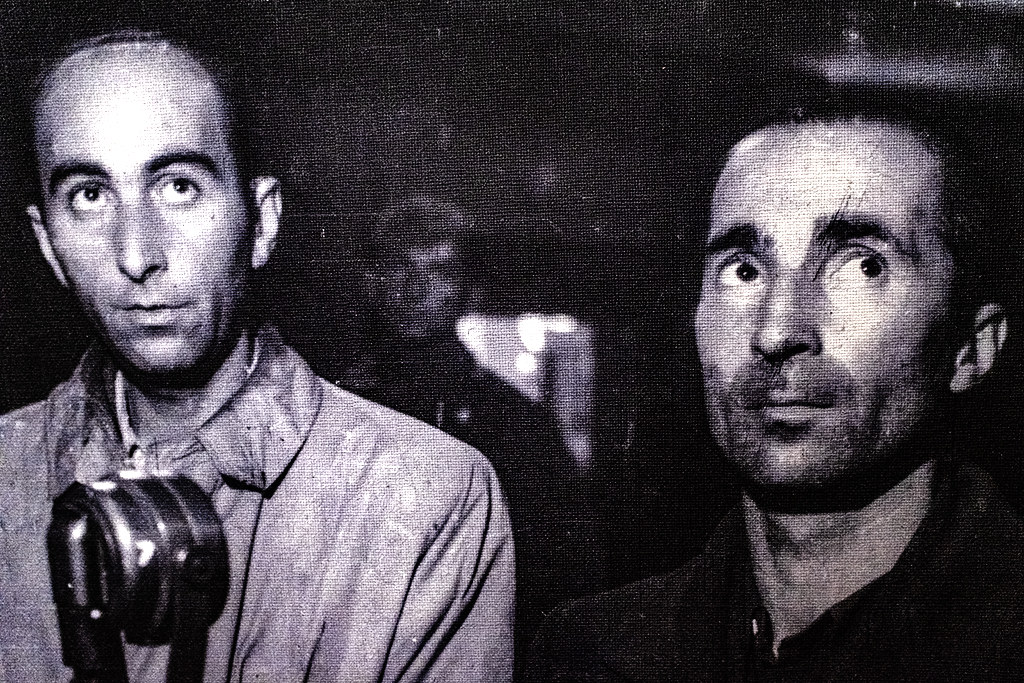 In one room, though, there are photographs of political prisoners on trial. Violated, humiliated and hopelessly doomed, their faces show fear or abjection, of course, but also a stubborn dignity, with more than a hint of disbelief, as in how can such savagery occur in a land they so love and think they know so well?

Across the street from the House of Leaves is the huge Resurrection Cathedral, consecrated in 2014. Albaniaâs archbishop is a 91-year-old Greek, Anastasios Yannoulatos. Hoxhaâs decades-long war against all religions left Albania with almost no priests or imans. After being jailed for 23 years, Hafiz Sabri KoÃ§i became its Grand Mufti in 1991.

Just down the street was the well-guarded block where the top Communist pigs, only those with three chins or more, lived grandly.

Since totalitarianism is all about conformity, its advocates and apologists are not fighting for more justice and freedom, but less, much less. Theyâre as radical as the worst religious extremists, and just as rigid. Hyper masculine, they have stone tits.

Just listen to them. Brainwashed, they only speak in catchphrases and slogans. Rabid, they canât discuss anything, but only hector, attack and denounce. Humorless and deranged, they seethe.

Nearly all the self-styled Socialists Iâve met in the West are social misfits who canât get along with three people, much less the masses. Misanthropes, they hate just about everybody, not just âFascists.â

Sated by soft bread, bland beer, beamed sports and virtual sex, many also resent being spared all historical cataclysms, as in no bombing raid, Storming of the Bastille, Saigon airlift or stepping on babies to reach the last escaping ship, so why not, bring on the totalitarianism! At least it wonât be boring, so they think.

Even with the terror, nothing will be more tedious.

Iâve been away from Saigon for more than a year. On one of my last days there, I went with my buddy Giang, also a Vietnamese-American, down to the Saigon River. We had no problem locating the exact spot where he had escaped in 1975. (Itâs also where Tony Lueng Ka-fai was last seen in The Lover.)

âI was so scared, I shat in my pants!â Giang cheerfully said. Always grinning, he would be chirpy even if standing on a chair, with a badly knotted noose around his neck.

âSo you got onto the ship just like that!â I laughed. âHow many days?â

When youâre about to lose everything, shit and other trivia hardly matter. Some, though, will keep on swallowing shit until the very end, for itâs become habitual. Shit in their eyes, nose and mouth, theyâll spew their share of shit also.

Today in Tirana, itâs colder than usual, with snow on the ground. Looking girlish with a pom-pom on her knit cap, a young mother pushes a stroller. With its fingers spread, a tiny arm sticks out, but the baby is warm. Trotting by its striding owner, a thickly coated dog flutters is tail rhythmically. As the sun heats up, puffs of snow flake from the dark, wet branches.

Since the cafÃ© is underheated, each customer wears a coat and even a scarf inside, but the conversations are bright and cheerful. Laughter erupts. Again, the music is Italian. Unâaltra vita mi darai, che io non conoscoâ¦

Having had my burek with ham and cheese, plus three cups of macchiato, Iâll steal out of here with an 80-cent baguette. Bread without crust is no breakfast of champions, whatever Kaitlyn Jenner may think.

Itâs a normal Sunday morning, and thatâs enough. Like Vietnam, Albania has emerged from its foulest days. ← Good Morning, Albania!From Communism to Remembering the Holoc... →
Current Commenter
says:
Current Date at Time Now
Leave a Reply - Commenters who are not discussing the article, but are only indulging in ad hominem attacks, will not be tolerated.
Cancel Reply
Commenting Disabled While in Translation Mode