Nha Trang, 2019
◄►Bookmark◄❌►▲ ▼Toggle AllToC▲▼Add to LibraryRemove from Library • BShow CommentNext New CommentNext New ReplyRead More
ReplyAgree/Disagree/Etc. More... This Commenter This Thread Hide Thread Display All Comments
AgreeDisagreeThanksLOLTroll
These buttons register your public Agreement, Disagreement, Thanks, LOL, or Troll with the selected comment. They are ONLY available to recent, frequent commenters who have saved their Name+Email using the 'Remember My Information' checkbox, and may also ONLY be used three times during any eight hour period.
Email Comment Ignore Commenter Follow Commenter
Search Text Case Sensitive  Exact Words  Include Comments
List of Bookmarks

Last month, I frowned on those who are drawn to the vagabond, rootless lifestyle, who think it is ideal to move from hotel room to hotel room. Guess what? Iâve joined them. Life is goofy that way.

After my mother-in-law threatened to stab me more than ten times, I left Saigon and stayed in Vung Tau for over a month. Days ago, I took a 11-hour bus ride to Ea Kly, where I still had my stuff. Arriving at 3AM, I was out of that hill town by 6:30. With a backpack and two bags, I paid $4 to travel 88 miles to Nha Trang, via two vans. You canât even go half a mile in a NYC cab on that.

In the first van, our legroom was severely trimmed by bundles of bamboo rods, laid on the floor. It was a delivery vehicle as much as a passenger one. At one stop, a bag of iced chicken was left at a restaurant, for that dayâs lunch. A Rade man bargained his fare from $1.25 down to 85 cents. When an old lady got off, she also knocked off her fare by a third, âTen thousand are enough for auntie.â The driver just chuckled. He couldnât chase her down and tackle her to the ground.

For just over $8 a night, Iâm well tucked into a luxury suite at Queen 3 Hotel, right downtown. At the reception, I mumbled through my white, pho-flavored moustache and whisker, âHow many days do I have to stay to get a discount?â

âThere is no discount, uncle. Weâre already the cheapest.â

And they are. In the lobby, four mismatched, ratty couches line one wall, where staff and guests often lie. Wrapped in a mangy blanket, a dark and skeletal young man sleeps dreamlessly with his mouth half open. Next to him on the floor, thereâs a full ashtray and an empty can of Saigon Beer, lying on its side. Itâs a war zone, minus the moaning and blood. A sign lists a thicket of rules in Vietnamese and English, including âNo prostitutes to bring in here.â 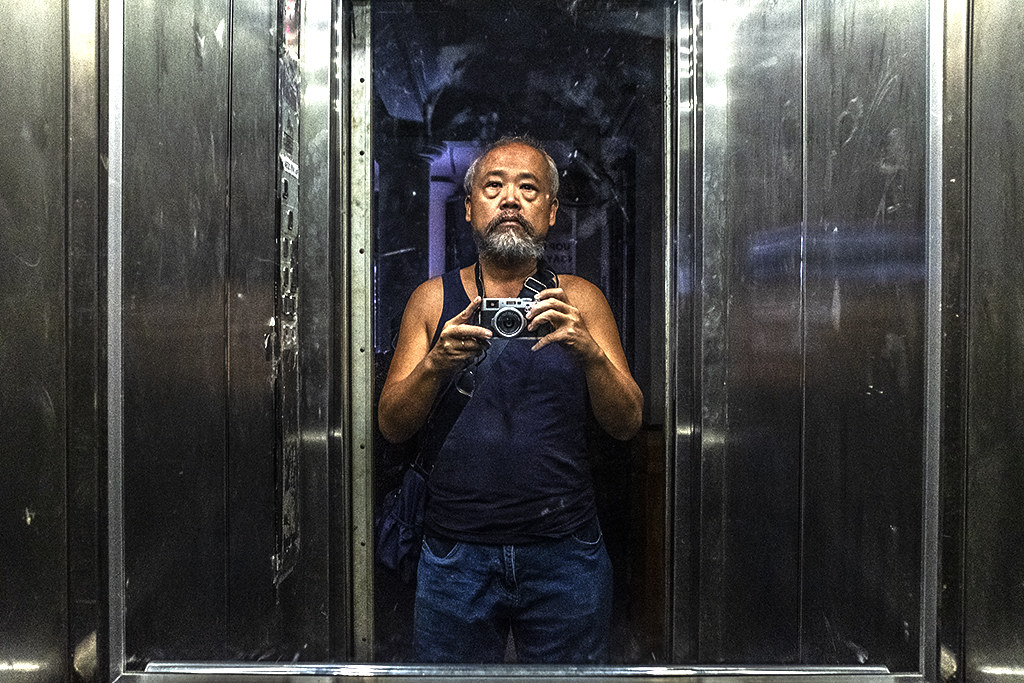 The elevator can fit four severely malnourished individuals, stand pressed together, without anyone talking or breathing. Thereâs often some liquid on the floor for some reason, but at least itâs not piss. The button panel is held in place with plenty of clear tape, impatiently applied, with even his or her âfuck itâ lingering in the stagnant air, like mist. Itâs the hotelâs motto, to be muttered secondly by all who enter.

I have two beds to myself. Why canât the CIA send me al pronto two or even three Swedes? With nothing to lose, Iâm ready to be entrapped. âI love you both equally, Astrid and Ingrid, but one thing at a time, please. I only have four balls and three strikes left.â Iâm swinging.

Water pressure in the bathroom sink barely exists, and the toilet must be flushed at least twice each time. All fixtures and porcelain are so old, they look suspect even when clean, but hey, Iâm in a great location, right downtown. I even have a pseudo balcony thatâs useful for hanging laundry, which I wash by hands, in the morose, Iâve seen it all sink. He, too, is on his last legs.

Every shelf tilts outward. Nothing is level in this room, but itâs probably better this way, to remind you that life isnât fair. The paint job was likely done by a blind, depressed, arthritic and distracted monkey, but Iâm sure he tried his best. All you can ask for is love.

In Brussels in 2003, I had a musty room near the train station, in a hotel mainly patronized by morose and prune faced Arabs. Two years later, my wife and I somehow survived three nights in Edinburghâs Three Sisters, where all through the early hours, drunkards howled, laughed and staggered in the hallway, just outside our thin door. We felt like these blokes and birds were all in the same room with us. Worse, the bed was so lumpy, we had to sleep on the floor. It was a lovely city, though, one of my favorites.

In El Paso in 2006, I paid $35 for a room with no toilet at the dingy Gardner Hotel (where John Dillinger once stayed!). My sheet had cigarette holes.

Compared to all that, my Nha Trang suite is a Medici Palace, and who knows, maybe some Vietnamese gangster once slept here as well. 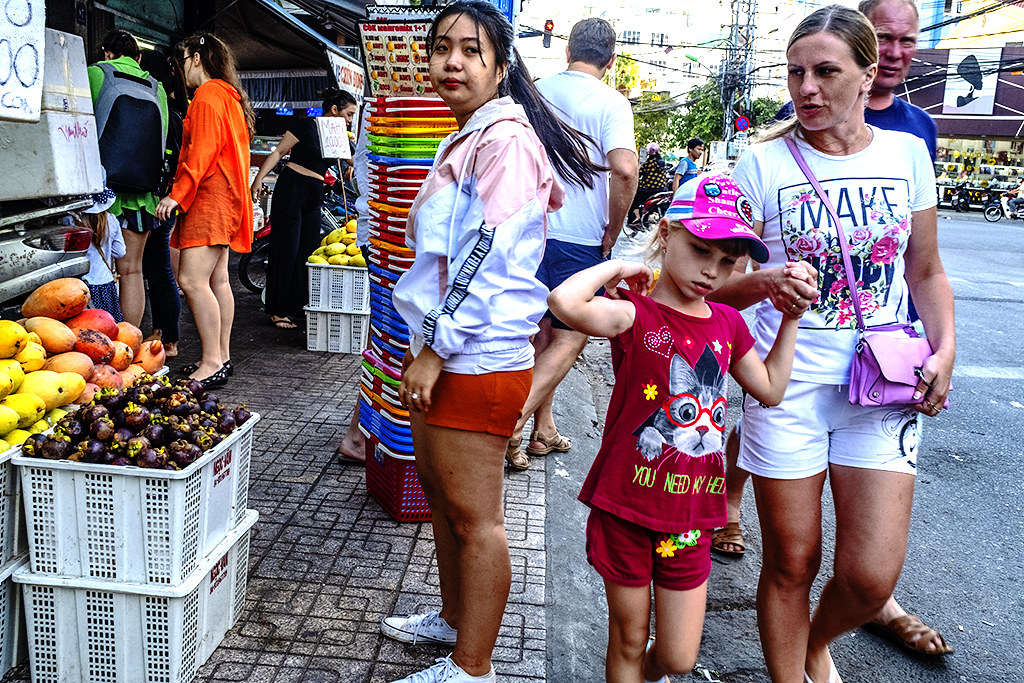 Twenty years ago, I had my beat-up glasses stolen on the beach in Nha Trang. Life was desperate then. This city is now a stylish resort attracting throngs of tourists, mostly Russians and Chinese.

White T-shirt on a tallish Chinese, âWE ALL START OUT AS STRANGERS.â Another dude, âBEAUTIFUL HELL,â with a beach scene, crudely sketched in black.

Chinese come here to be massaged and cheaply stuff themselves with Cantonese dishes. Itâs almost like home, but much warmer, and more exotic than Hainan. Chinese see Vietnamese as wayward cousins. So close to Chinese, Vietnamese canât stand them, and Iâll probably get beaten up in a minute for even writing that. Ukrainians are not Russians, Catalonians are not Spaniards and Scotts are not English, etc.

With beaucoup cash to be made, everyone gets along in Nha Trang, at least on the surface, so there are even Hungarian, Swiss, Armenian, Caucasian, Uzbek/Tajik, Turkish, Greek, Egyptian, Argentinian and Mexican restaurants. Miss Universe 2008 was held here.

Nha Trang is served by Cam Ranh Airport, just down the road. There are direct flights from 33 Chinese cities, and four Russian ones, including Irkutsk in Siberia. Itâs 3-degree Fahrenheit there right now, compared to 82 in Nha Trang. Where would you rather be?

Solzhenitsyn, âYou could count on a month with nowhere to go for a warm, not so much as a dog kennel. You wouldnât even be able to light a fire out in the openâwhere would the fuel come from? Your only hope would be to dig, dig, dig, for all you were worth.â

Translator H.T. Willetts did one hell of a job, for sure, âStanding there to be counted through the gate of an evening, back in camp after a whole day of buffeting wind, freezing cold, and an empty belly, the zek longs for his ladleful of scalding-hot watery evening soup as for rain in time of drought. He could knock it back in a single gulp. For the moment that ladleful means more to him than freedom, more than his whole past life, more than whatever life is left to him.â

OK, OK, so present day Siberia is no gulag, but it might as well be, compared to paradisal Nha Trang, and thatâs why half of the Russian Far East are lying on the beach here, it seems. Sated by sun and sea, they can gorge on pelmeni, borsch, chebureki and fried potatoes with mushroom, etc., at dozens of local restaurants.

Red CafÃ©âs menu is in Russian only, and the owner speaks no English or Vietnamese. You order by pointing at ambiguous photos, but since everything is pretty damn good, thereâs no anxiety. In his faded dress shirt and jean shorts, the lanky owner, Anton, looks at you speechlessly with genuine concern. 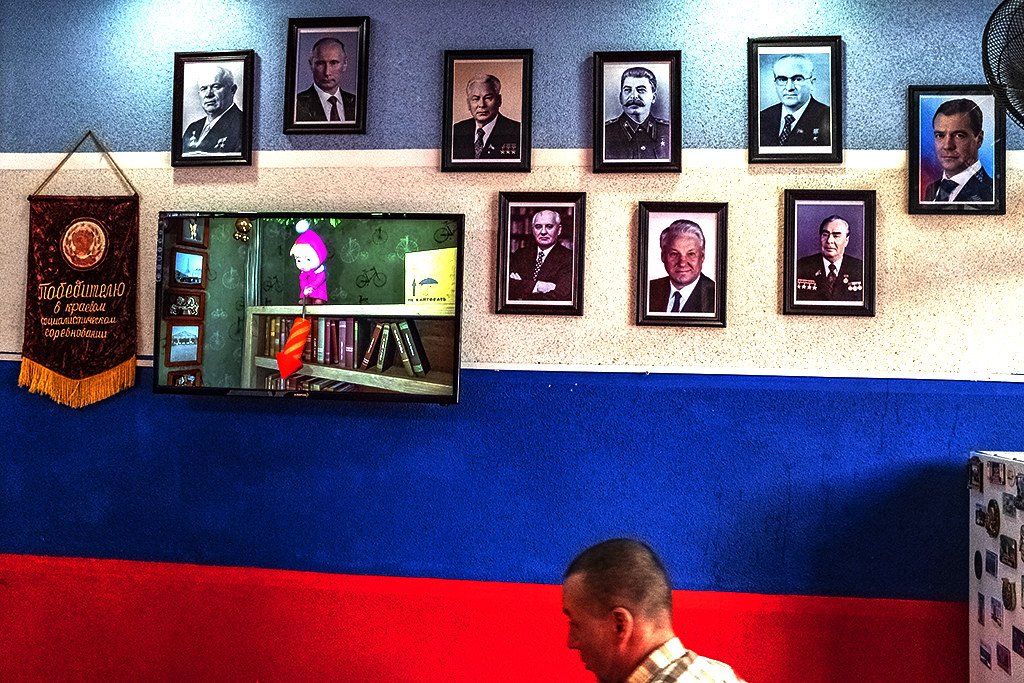 Red CafÃ© is also a shrine to Russian patriotism. On one wall, there are framed photos of Stalin, Khrushchev, Breshnev, Andropov, Chernenko, Gorbachev, Yeltsin, Medvedev and Putin.

Communism is well dead across Vietnam, and nowhere more so than in hedonistic Nha Trang. One evening, I went to Killed Kenny Bar, a Russian hangout. The barkeep wore a Liverpool jersey and spoke a reasonable English. On TV was the Liverpool game from two days previous, a very narrow victory over Monterey of the Mexican League. He just had to see it again.

A native of Chukotka, that Russian region that nearly touches Alaska, heâd lived in Norilsk, Smolensk, Moscow and Saint Petersburg before landing in Nha Trang, just a year ago. 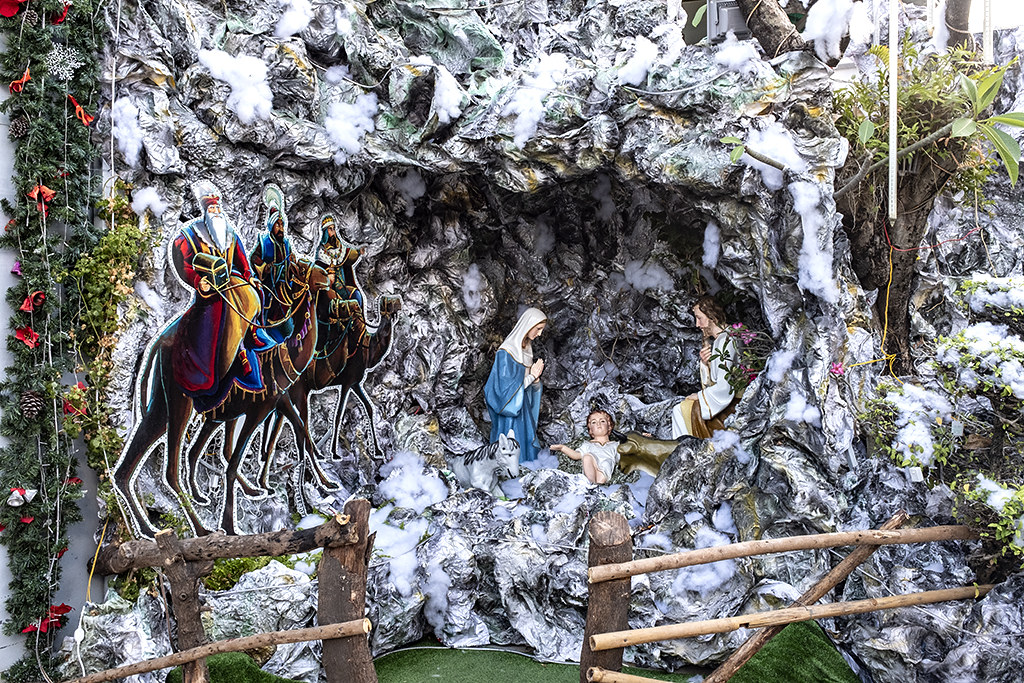 All around Nha Trang, however, there are snowy images to celebrate Christmas. At HoÃ  Thuáº­n [Harmony] Parish Church, for example, there is an image of a snow-capped mountain, a snowman and some Swiss chÃ¢tel, nearly entombed in snow. Its nativity scene is flecked with cotton, simulating snow. Having never seen snow, most Vietnamese would rather be in Siberia right now.

Sitting at some bar I donât even know the name of, Iâm listening to a disco version of âRudolph the Red Nose Reindeer.â You might as well point a Kalashnikov at my head.

There are many Vietnamese Christmas songs, actually, with most written during the Vietnam War. To give you a taste, I translate a portion of âCon quá»³ láº¡y chÃºa trÃªn trá»iâ:

Kneeling, I pray to God in the sky,
Let me see the one I love.
Iâve suffered enough in life.
From childhood, Iâve tasted much bitterness.
Iâve been impoverished for twenty odd years.
With so many empty dreams, I have nothing.
Oh God! Oh God!