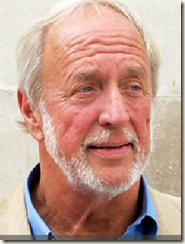 The above link takes you to the series of The Life Scientific, in which Jim Al-Khalili interviews scientists, this time Robert Plomin. The program approach centres on the research work of the interviewees, with some examination of the personal factors which led to their main scientific interests. Al-Khalili has a easy style, with the scientists getting a good chance to explain themselves.

To me the great charm of this interview is hearing how a boy from a poor Chicago family was identified and nurtured by teachers at a school which used intelligence tests to identify studentâs abilities, and how his family maintained their love and support of someone who otherwise might have found himself estranged by his different interests and his very different abilities. After all the horror stories about intelligence testing, this personal story shows the features which made testing so popular years ago, particularly on the political Left, because it identified bright working class children, whose parents could not afford private schools and personal tutors. Later, when intelligence tests were used as the gateway to heavily rationed, high quality secondary education in Britain they became the whipping boy for every rejected child, and in the end the best, most fair and most accurate indicator (though of course, not a perfect one) was dropped in favour of less good, less fair and less accurate methods, which were vague enough to draw far less political heat. IQ tests carried the rap for the profound resentment created by demand for a limited educational resource. Plomin says (9 min 44 secs) that IQ tests got him to university, but that since then: âIntelligence tests have since been forbidden in America (in schools), a real case of blaming the messengerâ.

Al-Khalili gets into a couple of familiar grooves, as many interviewers on the topic do, and as their editors probably feel they must. The first is having a go at âthe infamous Bell Curveâ (10:17), without distinguishing between the data reporting of part 1 and the policy suggestions of part 2. Plomin explains why the second part does not invalidate the first, because âpolicy depends on values, not just knowledgeâ and people can attach different values to a set of observed facts (I am summarising here).

Plomin also says, regarding race differences in intelligence (10:39) âI have ducked them all my life, because it doesnât explain much varianceâ. I am not a behavioural geneticist, but I would assume that looking at the genetics of two groups who differ in intelligence, even by only 15 IQ points on average, might give you an inkling whether there were any differences in the two genetic profiles which possibly related to intelligence. In the normal run of science, a difference is interesting because it may lead you to a cause. I think that the more usual reason for ducking researching race differences in intelligence is that it brings you and your team too much hassle, and research effort is wasted, and you will gain more understanding in related fields of genetic enquiry. Academia can be poisonous, so why put good scientists at risk of martyrdom when they can build better understanding of closely related matters?

Then Al-Khalili: âMy concern is that the very fact of describing children as having genetic weaknesses would have a detrimental effect on how they are seen and in time on how they see themselvesâ. âThere are ethical issues about how that data could be usedâ. âYou can understand why people have avoided this subject for so longâ.

Plomin puts up a very good defence. He point out that genetic research confirms: âIt is a lot harder for some children to learn than othersâ. Pushed further, he comes up with a great remark: âWe are truth seekersâ

Plomin is an experienced interviewee, and does not need my help, but next time a journalist puts you through the usual trope that âyour results raise ethical issues and may be twistedâ (implying you should stop investigating) , just reply âsuppression of enquiry raises even bigger ethical issues, and ignorance is a greater threat than knowledgeâ.

All things considered, âWe are truth seekersâ is the best answer.

(Republished from Psychological Comments by permission of author or representative)
← Have Criminologists Tampered with the C...Hereâs to Your Health, All 13 Parts o... →
Tweet
Reddit
Share
Share
Email
Print
More
Follow @JamesPsychol
• Category: Science
Recently from Author
Related Pieces by Author
Of Related Interest

The Lack of Progress in Science: Sex Differences
Razib Khan
• 98 Comments
← Have Criminologists Tampered with the C...Hereâs to Your Health, All 13 Parts o... →
Hide 2 CommentsLeave a Comment
"Robert Plomin: âWe Are Truth Seekersâ"
• 2 Comments
Commenters to Ignore
Commenters to ignore (one per line)

← Have Criminologists Tampered with the C...Hereâs to Your Health, All 13 Parts o... →
Current Commenter
says:
Current Date at Time Now
Leave a Reply - Comments on articles more than two weeks old will be judged much more strictly on quality and tone
Cancel Reply
Commenting Disabled While in Translation Mode