I have excellent memories of Brussels, Belgium, and in particular of the Grande Place, a gem of European architecture, dating back to the 13th century, but in its surviving form mostly the creation of 17th Guilds flaunting their wealth in finely decorated grand trading houses. To stand in it is to savour the refinements of the late medieval age. In some parts of the square, and in side streets, there were lacework showrooms, chocolate shops (crystallized orange peel in the darkest bitter chocolate), steak houses and bars serving innumerable types of locally brewed beer. St Markâs Square in Venice could hold comparison, but few others.

In separate visits in the mid-80s I went to conferences, sought research grants from European Union medical funds and also visited NATO headquarters. I visited again in the mid-90s, and found the same picture, or so it seemed, with possibly more traffic jams on the way to the airport.

In this 2020 I noted a puzzling finding: the worst country for Covid deaths is Belgium at 1,492 deaths per million. The next, quite some way down, is Peru at 1094; then Italy and Spain in the high 900s. What is going on? I wondered if they were being over-generous with the use of the diagnostic label, but what was it that made them worse than a very poor country like Peru? Worse even than the United Kingdom, which has not had a brilliant epidemic, but has a death rate of 900? Well, the Belgians explain that, unlike other countries, they count deaths in hospitals and care homes, and in the latter include as cases those suspected but not confirmed to have died of Covid. Another contributing factor is that 71 per 1000 over 65s are in care homes in Belgium, and they were not well prepared for the pandemic.

Another possible explanation is that Brussels is a cosmopolitan city, with 2 out of 3 residents being an immigrant. People travel a lot to and from different countries so it is âa small beehive in the heart of Europeâ. This may contribute to the spread of the virus. The country is also deeply divided and so fractured as to be barely capable of implementing any national policy. There is a big split between French and Dutch speakers, and language is only part of the problem. Diversity of attitudes has not been much of an advantage. For some periods there have been no governments. It might seem odd, but Belguim could be considered a failed state. Usually, poor countries are more susceptible to pandemics, but that explanation seems far fetched if applied to Brussels, the government centre of Europe. Surely Brussels is a wealthy city?

Emil Kirkegaard and Baptiste Dumoulin ask: What Happened to Brussels? The Big Decline and Muslim Immigration

They studied regional inequality in Belgium, both in the 19 communes of Brussels and in the country as a whole (n = 589 communes). They found very strong relationships between the percentages of Muslims in the population and a variety of social outcomes such as crime, educational attainment, and median income.

For the 19 communes of Brussels, we find a correlation of -.94 between Muslim % and a general factor of socioeconomic variables (S factor) based on 22 diverse indicators. The slope for this relationship is -7.52, meaning that a change in S going from 0% to 100% Muslim corresponds to a worsening of overall social well-being by 7.52 (commune-level) standard deviations. For the entire country, we have data for 8 measures of social inequality. Analysis of the indicators shows an S factor which is very similar to the one from the Brussels data only based on the full set of indicators (râs = .98). In the full dataset, the correlation between S and Muslim% is -.52, with a slope of -8.05. Adding covariates for age, population density, and spatial autocorrelation changes this slope to -8.77. Thus, the expected change going from a 0% to 100% Muslim population is -8.77 standard deviations in general social well-being.

In the Belgian context, the capital of Brussels (Bruxelles) saw the relative wealth of its inhabitants reduced dramatically in about 50 years. In this same period, the population composition of the city changed drastically from mostly natives, or at least persons of European ancestry, to now being approximately 25% Muslim of mostly non-European ancestry. The wealth index (the ratio of average earnings in a given unit in Belgium compared to the Belgian mean) in the Belgian capital declined from about 150 in the early 1970s to 79 in 2015, meaning that the relative prosperity of the Brussels region is today half of what it was 50 years before.

This is a calamitous fall for a capital city.

Kirkegaard and Dumoulin discuss their data sources, most of which are official government figures. Percentage Muslim is harder to calculate, because many countries base their statistics on citizenship, which deliberately obscures origins. They used a particular sociologistâs database which traced people and corrected for this factor, and found that he estimated that Belgium in 2011 was 6.3% Muslim while Pew Research estimated the country value at 6.0% for2010 (Pew Research Center, 2011), so the estimates were closely in line. The database estimated that Brussels was 22.4% Muslim. Naturally, the religious categorization mostly overlaps with particular countries of origin, and with the genetic and cultural aspects of those countries, plus common attitudinal factors associated with religious allegiance. So, âMuslimâ is shorthand.

Here are the components of the S factor, showing what it is positively and negatively associated with: The socio-economic âS factorâ has some interesting characteristics. High wages, income, wealth, professional backgrounds, university degrees, high life expectancies and expensive houses are all predictable, but being a blood donor less so. The latter is an act of altruism, the former ones may seem more selfish. Far from being blood suckers, they are blood donors. This gift keeps given even though others do not reciprocate. Such Burghers are not likely to have low birthweights or infantile mortality, or need of benefits, or backward children, or juvenile delinquency, but nor do the make fraudulent declarations. On balance, they are upstanding citizens.

The higher the percentage of Muslims in a city district, the lower the wealth and well-being of that district.

Interestingly, fraudulent insurance declarations are higher in Muslim populations, as are failures to repay debts. These are certainly measures of honesty and social conscience, or the lack of it, as in the lack of blood donation. This is not something which could be explained by police picking up people in the street on the basis of their appearance. Rather, they are private matters, revealed only after the event. In fact, other studies confirm these findings of dishonesty.

The same pattern of higher percentage Muslim being associated with lower social factor scores hold true for all of Belgium as a whole, when all 589 communes are analysed in a similar fashion, using national level data.

For S factor, the simple model suggests a -8.05 SD decrease in general well-being by increasing the Muslim% from zero to 100%.

This is a massive effect. Since Muslim immigrants usually settle in cities, (rather than farming the land) the contrast between their poor performance and the much higher achievements of urban Europeans is starkly revealed side by side, often leading to resentment born of incomprehension.
In their discussion, the authors observe:

Among the indicators used for Brussels, we have the rate of fraudulent insurance declarations, which shows a correlation to Muslim% of .68. This finding is in line with results by Carl (2017) who found that in the United Kingdom, the population proportion of Pakistanis and Bangladeshis (both Muslim populations) was a strong predictor of electoral fraud. He interpreted this in line with a history of cousin marriages promoting ethnocentric behavior resulting in relatively stronger distrust and hostility towards outsiders, including scamming behaviors (Schulz et al., 2019; Woodley & Bell,
2013).

Lynn (2020) reviewed findings on race differences in blood donation, as a measure of altruism. He finds that overall European-descent (âwhitesâ) have more blood donors per capita than the 5 other racial/ancestry groups considered, including East Asians. He did not find a study that included Middle Easterners or Muslims in particular, but one German study compared immigrants to natives and found that the native blood donor rate was slightly less than twice that of immigrants, perhaps a majority of which are Muslims (Boenigk et al., 2015). Thus, the rank order does not follow the usual IQ order entirely, as the results suggest that East Asians are less altruistic than Europeans despite superior average intelligence.

Some supporters of mass immigration regard these results as temporary phenomena, which will be wiped out in second generations by applying education and welfare generally, or education and welfare in higher doses for immigrants. The scholastic results show some improvements, but not as big as hoped, and not remotely reaching the European standards of Belgium.

The picture is the same in 2015, here shown for first and second generations for French, Dutch and German areas. It is highly plausible that differences in intelligence cause differences in later social outcomes. The longer lifespans of children tested at age 11 would be an example in which reverse causation is unlikely. One internal validation measure is to look at âthe correlation of correlationsâ, that is to say, do each of the correlations of the socio-economic factor components correlate with the Muslim percentag?. In this case each of them does, which makes it likely that being Muslim is a causal factor. Jensen originally put forward this argument when he showed that the intelligence subtests which showed most black-white difference were also those with the highest heritability. That made it a plausible hypothesis that at least part of the black-white difference in intelligence was due to genetic differences.

The authors admit that they do not have accurate commune data for first and second generation immigrants. They politely do not mention, as Rindermann does, that it remains curious that large scale unselective immigration is carried out by countries who then make it very difficult to monitor the long-term results. The authors point out it could probably be done by studying first names, since the Muslim ones are easily identifiable. They also point out that their data on Muslim percentages comes from a Marxist sociologist, a person unlikely to be altering classificatory data to cast immigrants in a bad light.

The big decline of Brussels is mainly due to large-scale low-intelligence immigration to the capital region. The immigrants have generally not been selected for their ability to contribute to Belgian society, and originated from second- and third-world countries. Furthermore, they are mainly Muslims, and across the world, adherents of this faith generally perform relatively poorly compared to other groups, both in Muslim majority and non-Muslim majority countries (Kuran, 1997). Marc Wathelet, a Virologist and Specialist in Coronaviruses and Respiratory Diseases Explains Why Asia Was Successful in Containing Covid-19 and Why the West Is Not
Paul Craig Roberts
• 269 Comments 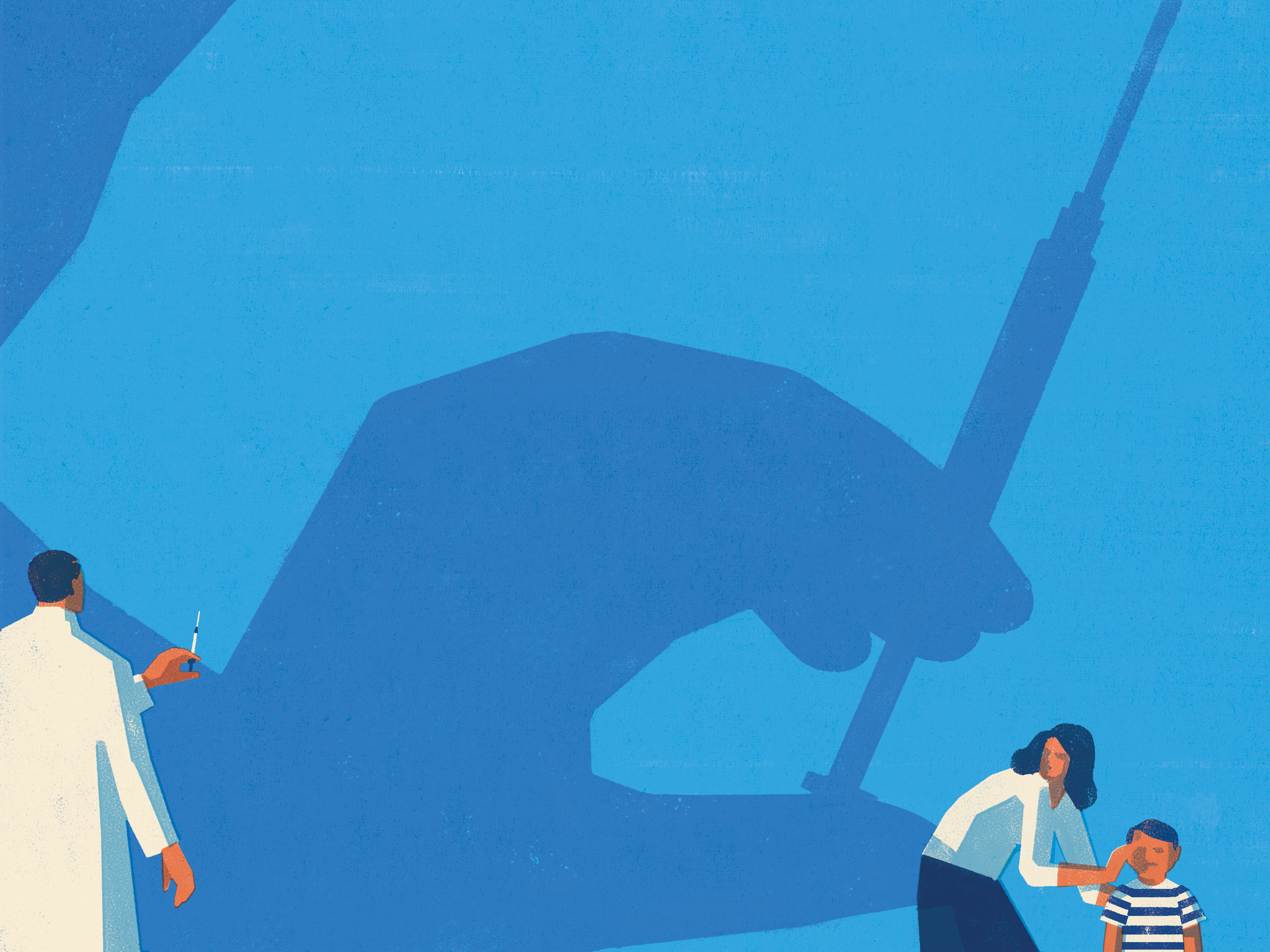 Here's Why You Should Skip the Covid Vaccine
Mike Whitney
• 624 Comments • Reply
← Reckoning with Risk 2020James Flynn, RIP →
Hide 24 CommentsLeave a Comment
"Is Brussels Broken?"
• 24 Comments
Commenters to Ignore
Commenters to ignore (one per line)