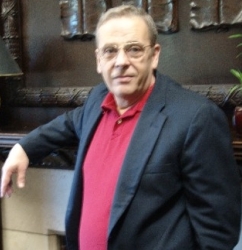 When I talk of people I admire, some readers assume that they are dead. Doug Detterman is alive and well, but I am going to say nice things about him anyway. Donât talk ill of the dead, and donât postpone speaking well of the living.

Doug is a quiet guy, who has entirely ignored the American habit of self-promotion, but has gently put modern intelligence research on the map. Almost unseen, in 1977 he founded and edited one publication Intelligence from precarious obscurity, to fragile partial visibility, to its present position as the leading journal on intelligence research. He only got his freedom from the editorial coal mine last year. He also founded the International Society for Intelligence Research (ISIR) in 2000.

Now he looks back at 50 years of intelligence research, and avers that it is much more important than curing cancer, controlling global warming or ending poverty. He also regards teachers and schools as over-rated, since they only account for 10% of pupil achievement. Five decades dedicated to finding a satisfactory answer to a simple question: why are some people smarter than others?

His answer: a traffic jam. All the modules of the brain have to go through a central hub, and the poorer the connection the lower the intelligence.

His lecture is a treasure house: wise, instructive, and great fun to read.