Tomorrow, Wednesday, is the last campaigning day of the UK 2019 election. The vote takes place on Thursday, and the result should be known by the end of Friday. If the result is very close and re-counts are required, it could take longer, and not be settled until next week.

As already discussed, political polls are reasonable indicators of general intentions, but are subject to sampling errors and to late changes of mind, and useless for determining late emergences of mind. For many citizens it is the sight of the actual ballot paper which triggers a decision. An independent candidate with a jokey title may get their vote, but most will plump for apparent safety, or may be swayed by the last message received.

Uniquely, this election reflects the new power of social media. Facebook and to a lesser extent Twitter communications have got more attention than some of the TV debates. For better or worse, these media are more difficult to regulate. A lie/searing expose of truth can go around the world before truth/refutation or counter-lie can get its boots on. Pictures still have their power, and a photo of one child in a casualty department can have more impact than any reasoned discussion of health policy and funding options.

1 Traditional political party loyalties have been unsettled by the Brexit referendum of 2016, so that âRemainâ and âLeaveâ are new phantom parties, posing new opportunities and threats to ancient loyalties. Traditionally, the Conservatives were seen as the upper-class party, Labour as the working-class party. Now, because so many of the working class voted to Leave the European Union the Conservatives are said to have a following among lower socio-economic status, lower education voters, while Labour is getting the votes of professional class, Remain in the European Union, high socio-economic status, high educational level voters. It is all very confusing. Class is no longer political destiny.

2 The other polarization is age: the young disproportionately back Labour, the old vote Conservative. This makes the sudden burst of registered younger voters a wild card in predicting the outcome. It also means that any campaigning about historical events has little impact on younger voters: they simply did not come of age under previous Labour governments, so cannot see the relevance of the warnings they are given. Equally, older Conservatives may have little grasp of current problems faced by younger voters, particularly the costs of renting property, the difficulty of ever buying property, and the costs of commuting to work.

3 The final polarization may be the most profound: this has become a contest between the Conservatives and all other parties. That is to say, the Conservatives (318 seats in 2017 election) do not have to just win a majority over the main opposition party, Labour (262 seats). They have to win a majority over all the parties put together. This is a high bar to clear. Although the other parties are labelled as: Labour (262), Scottish Nationalist (35), Liberal Democrat (12), Democratic Unionist Party (10) Brexit Party, Plaid Cymru (4) Green Party (1), Brexit Party (0), they have the option of joining together to form a minority coalition. Note that the Scottish Nationalists do not want to be in the United Kingdom, and want another referendum in order to leave; Plaid Cuymru want Welsh independence; the Democratic Unionist Party very much want Northern Island to remain in the United Kingdom (though on their own terms, and not in any coalition with the Conservatives). They are none of them natural bedfellows, but the prospect of power, if available, is likely to lead to a coalition of convenience.

For once, commentators may be right to say that this is one of those famous elections which dominate the political landscape for decades. It may be the end of Britain as a market-led economy, and the beginning of a Government-led one. A lot is at stake. The election has been waged as a culture war, with the public either repelled or merely bored to death with it. Politics is not a popular sport here. Politicians are not held in high regard, and many voters are grimly searching for the least awful option. A pity. The political aims of Conservatives and Labour are worlds apart. Electors used to sneer that there was nothing to choose between them, and now that there is everything to choose, some are still complaining. There has never been a Manifesto like that put forward by the Labour Party, with widespread nationalisation, tax increases and heavy expenditures. The Conservative Manifesto is more cautious, but still promises much in the way of expenditure while saying that taxes will not rise. The Conservatives are matching some of the Labour offers, but Labour is proud of offering a dramatic changes toward a powerful State. This will end in ruin, Conservatives say, with historical examples aplenty.

Sadly, there is a lot of ruin in a nation, and Britain has a tradition of just plugging on regardless, but both the economy and the commanding heights of society itself may be changed more profoundly than in 1945, and how that will end no one can say at the moment 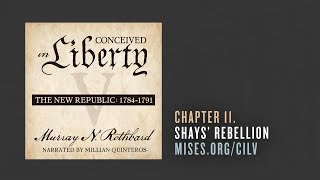