Yale carries on the tradition.

This video is available on BitChute, Brighteon, and Odysee.

Ever since US News and World Report started ranking American law schools in 1980, Yale Law School has won the top spot. Only six percent of the people who apply get in. Four out of the nine current Supreme Court justices are Yale law graduates: Sonia Sotomayor, Samuel Alito, Clarence Thomas, and Brett Kavanaugh.

Earlier this month, Yale Law School hosted a discussion between a liberal atheist, Monica Miller, and a conservative Christian, Kristen Waggoner. It was to show that even people who disagree on just about everything can agree on one thing: the importance of free speech.

Yale law students donât agree even on that. You see, like me, Kristen Waggoner works for what the Southern Poverty Law Center calls a hate group. The Alliance Defending Freedom opposes same-sex marriage, doesnât think âtransâ women are women, and argues that homosexuals are more likely than heteros to be pedophiles. And so, of the 160 students who showed up for the talk, 120 were there to shout Mrs. Waggoner down. One no-doubt-future Supreme Court Justice screamed, âI will literally fight you, bitch.â The event somehow staggered on to an end, and police officers escorted the speakers out of the hall and drove them off campus in a squad car.

A group calling itself Yaleâs âqueer students and alliesâ sent an open letter to the law school, complaining not only that it was an outrage to invite Mrs. Waggoner to speak, but âthe decision to allow police officers in as a response to the protest put Yale Law Schoolâs queer student body at risk of harm.â

Especially the queers of color. Apparently, the sight of an officer gives them the heebie-jeebies. This is the sort of thing one expects from people who call themselves queer, but how many of the 600 or so Yale law students do you think signed the letter? More than two thirds.

But the only really surprising thing about any of this is that the event took place at all. Mitt Romney probably could not speak at Yale. Censorship is so powerful, so taken-for-granted, that the censors almost never have to show their fangs the way these law students did. But when they do, conservatives act indignant. Fox News let Mrs. Waggoner write a column called âUniversities like Yale must stand up to the mob and protect a culture of free speech.â

A federal judge, Laurence Silberman, urged other judges not to hire any of the Yale protestors as clerks.

Good luck even learning their names.

Itâs just as well that censors are occasionally forced to act like thugs, because Americans apparently forget that there are millions and millions of acts of censorship every day, right here in the United States. What is the number of internet clicks that donât happen *every second* because Big Tech wonât permit them? And nowadays, itâs not just race thatâs off limits. You can say only the prescribed, predigested things about Covid, transexuals, the Holocaust, Hunter Biden, the 2020 election. I â and Donald Trump â canât say anything at all. What are Fox News and Judge Laurence Silberman going to do about that?

Sometimes, just about the whole country supports censorship. The Washington Post reports that as tensions rose between Russia and Ukraine, views on Russia-backed YouTube channels were about 5 million a day. That shot up to more than 20 million at the time of the invasion and then quickly fell to zero. Did everyone suddenly lose interest? No, those channels were snuffed out. And not just by YouTube but Facebook, Instagram, and Roku. I guess the Russians arenât allowed to have a point of view â even though we hear the Ukrainian point of view all the time. Is anyone outraged by this?

Iâm not defending the Russian invasion. I am distressed to see two white nations â both with birthrates way below replacement level â slaughtering each otherâs young men. But letâs not forget: In 1962, John Kennedy risked world-wide nuclear war rather than let the Soviet Union put missiles in Cuba. Thatâs how much he didnât want a potential enemy stationing weapons close to us. Right or wrong, that is the way Russians feel about possible NATO membership for Ukraine. Is it perverse to want to hear from both sides in what is routinely called the first serious land war in Europe since World War II?

And then thereâs the self-righteousness â just like those Yale students. The war is now nearly a month old, and according to the UN, at least 925 civilians have been killed in Ukraine and almost 1,500 injured.

And so now, people are asking, âIs Russia Committing Genocide in Ukraine?â

American congressman have said so.

I wonder if they know that in just one night in March, 1945, an American bombing raid on Tokyo killed 100,000 civilians and left one million homeless. More recently, during the Vietnam War, we are estimated to have killed as many as 300,000 Vietnamese and Cambodian civilians.

And weâre accusing the Russians of genocide? But what was Uncle Joe doing in 2003, when we invaded Iraq, a nation that did not threaten us or anyone else? Why, he was chairman of the Senate Committee on Foreign Relations, and his approval was crucial in the decision to go to war. Number of deaths? Some estimates are as high as one million. Mr. Biden, if I were you, Iâd stay away from the words âwar criminal.â

So there are two things about this that disgust me. One is the moral preening, as if we had never touched a hair on the head of a single Iraqi, Afghan, Libyan, Southeast Asian or Serb. The other is the determination to shut up anyone who disagrees. Americans do this all the time, of course, especially the billionaires in Silicon Valley. 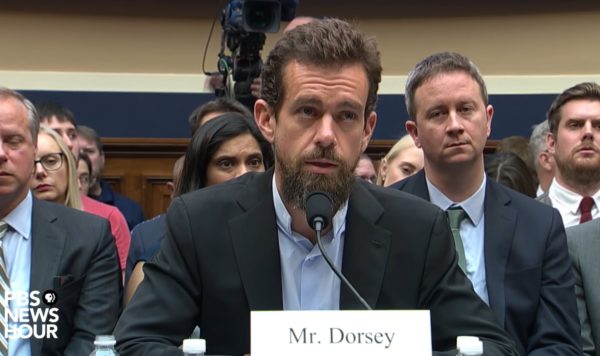 But self-righteousness and censorship went into high gear as soon as the Russians crossed the border.

Thatâs why Iâm not impressed when Fox News and Judge Silberman are offended by law students. Why shouldnât they act morally superior, silence their opponents, and expect to get away with it?

Thatâs what the whole country is doing. Yale students are just learning from their elders. 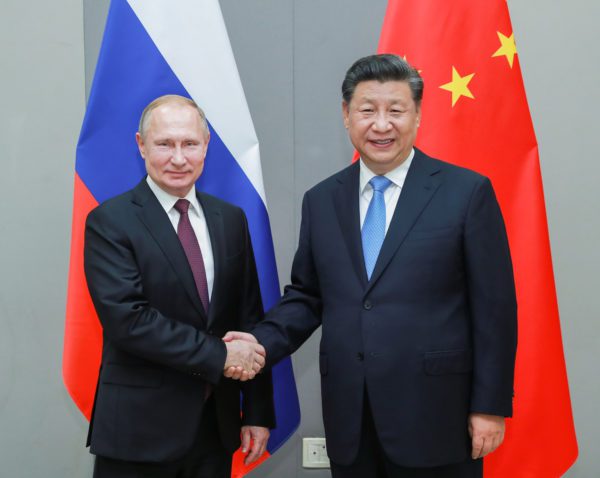 Can the Ukraine Win the War Against Free Speech?
Andrew Anglin
• 202 Comments • Reply
← He Misses the Clanking of His ChainsJared Taylor Interviews Laura Loomer →
Hide 23 CommentsLeave a Comment
"Censorship: Itâs the American Way"
• 23 Comments
Commenters to Ignore
Commenters to ignore (one per line)

← He Misses the Clanking of His ChainsJared Taylor Interviews Laura Loomer →
Current Commenter
says:
Current Date at Time Now
Leave a Reply - Comments on articles more than two weeks old will be judged much more strictly on quality and tone
Cancel Reply
Commenting Disabled While in Translation Mode

How Spooks and the Establishment Media Are Circling the Wagons
Jonathan Cook • June 30, 2022
• 6,100 Words • Leave a Comment