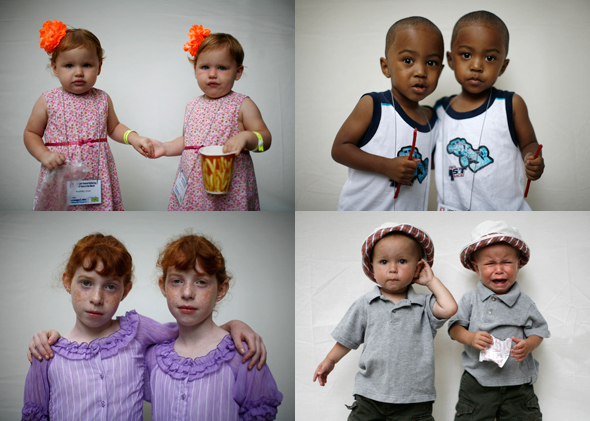 The Five Laws of Behavioral Genetics

The five laws of behavioral genetics are:

All are simple. All can be said in one sentence. Yet all are incredibly profound and terribly underappreciated in today’s society.

For most of the history of the laws, there were only three. The first three were coined by Eric Turkheimer (who has since spent his time trying to undermine his own discovery). Recent genomic studies have added the fourth (Chabris et al, 2015). And Emil Kirkegaard has proposed the fifth based on multivariate behavioral genetic studies. Allow me to review the five laws and their everyday significance.

This is underappreciated because this means that all human characteristics, including the things we feel are products of “free choice” or “free will” are infact heavily dependent on genetic forces. This includes life circumstances, such as where and how you live â even how you grew up. Free will doesn’t exist. Political, religious, and moral views are themselves partly enshrined in the genes. This (or, more specifically, additive heritability) is responsible for continuity within families and within social and ethnic groups. And this is why human societies and behavioral quirks persist, resistant to change.

Second Law: The effect of being raised in the same family is smaller than the effect of the genes.

Also under appreciated, the Second Law talks about the “shared environment” â parents, peers, schools, neighborhoods â all the things children growing up in the same household share. The effect of all those things on any behavioral trait or other phenotype is nil. Zip. Zilch. Nada. Zero. All the things people (especially in the modern West) think matter to children’s development have no effect at all. This includes expensive schools, nice homes, strict discipline, religious indoctrination â none of it matters. No adult outcome shows any effect of shared environment, this includes criminality, marital stability, income, adult happiness, and substance abuse (though note, educational attainment seems to be affected by shared environment, but even here, the effect of education goes away when you look at income). It just doesn’t matter. This strikes squarely against popular belief, making the second law the most vehemently denied of them all.

Third Law: A substantial portion of the variation in complex human behavioral traits is not accounted for by the effects of genes or families.

Identical twins may have different handedness, have different fingerprints, and indeed, can differ in criminal history (such as perpetrating a mass shooting).

More poignantly, identical twins can (and in fact, in cases where at least one is gay, usually do) differ in sexual orientation.

Twins differ substantially for cancer incidence â despite having very similar lifestyle habits, indicating that these factors don’t do as much as many think.

Now, while a good bit of this of left over variance turns out to actually be measurement error (i.e., twins are even more similar than they first appear when you watch them long enough/better), the Third Law means that there is more to the story that straight-up genetic forces. Many commenters here try to fill in the blanks with the usual environmental suspects (e.g., schools, peers, differential parental treatment) â ignoring the lessons of the Second Law which shows the nonexistence of any effect of these things. As fingerprints indicate, there are deep developmental forces at work that render many of these ideas unnecessary â indeed, nonsensical in many cases. Or, in the case of sexual oriental, the distinguishing force may be something largely outside our control, such as pathogens (see Greg Cochran’s “Gay Germ” Hypothesis – An Exercise in the Power of Germs). The Third Law indicates that chance effects can dash our best laid plans.

Fourth Law: A typical human behavioral trait is associated with very many genetic variants, each of which accounts for a very small percentage of the behavioral variability.

This is mostly of concern for breeding or for genetic engineering. This puts the kibosh on simplistic notions of a “gene for X”, because in reality there are a plethora of genetic variants at play in a given behavioral trait. This is why, despite the progress being made in genetic modification, it will be still a while yet before “made to order” designer babies are a reality.

Fifth Law: All phenotypic relationships are to some degree genetically mediated or confounded.

And finally, I come to Emil Kirkegaard’s newly coined law, one that is vastly underappreciated. This was drawn from studies like those of Amir Sariaslan’s and others showing the confounded nature of phenotypical associations (even extended phenotypes like social circumstances). This essentially strikes at the heart of modern social science (and for that matter, medical science), which assumes, wrongly, that association between social and/or behavioral factors is an indication that one causes the other. In reality, genetic forces cause both. Indeed, we see this with health and lifestyle: people who exercise more have fewer/later health problems and live longer, so naturally conventional wisdom interprets this to mean that exercise leads to health and longer life, when in reality healthy people are driven to exercise and have better health due to their genes.

I could go on and also talk about another thing that bugs me, namely twin control studies, which basically apply a version of the confounded wisdom seen in the Fifth Law. Namely such studies assume that correlations in unshared environment (i.e., the matter of the Third Law) as causal, ignoring the substance of the Third Law in the process (i.e., unshared biological forces could cause both factors of interest). But, this will be a topic for another day.

These are dangerous times for biosocial science â societal and political forces make this matter difficult to discuss or research. A reckoning is approaching, and it is unclear how it will turn out. In the mean time, technology and our understanding of the forces at play marches on, waiting for our society to catch up.

All Human Behavioral Traits Are Heritable â This post introduces readers to the world of behavioral genetics and the concept of heritability. Introduces the “Three Laws” of behavioral genetics (the title of post being the First Law verbatim). Explains the usefulness of twin and adoption studies to partition the sources of human trait variation â that is, disentangle nature from “nurture.” Shows that the source of human differences can be broken into three basic parts, heredity, the shared (or common) environment, and the unique (or non-shared/unshared) environment. Details that all human traits show heritable contribution (hence the First Law). Also details the lack of impact from the shared environment for almost every human trait, which rules out nurture (as its commonly thought) and parenting of having a significant impact on life outcomes. Notes the huge impact the First Law has for human group differences. (Indeed, while not quoted in the post, by as John Derbyshire put it, âif dimensions of the individual human personality are heritable, then society is just a vector sum of a lot of individual personalities.â)

Environmental Hereditarianism â Following up my preceding posts on the matter, this one delves into the matter of the “environment” in more detail. Specifically, this touches on commonly claimed “environmental” influences and explains why they are mostly bunk. As well, this analyzes the “unique environment” and explains why it’s not really environment at all â but more accurately, the unexplained variance. Discusses some of the limitations of behavioral genetic tests that cause them to overestimate the effect of the environment and underestimate the effects of heredity â most significant among them being measurement error. Details the concept of developmental noise, noting how some of the variation between people (as seen in the differences between “identical” twins raised together) can be due to subtle disturbances during development (fingerprints being a simple example).

The Son Becomes The Father â Features the work of Gregory Clark, who (through surname analysis) shows that we evidence for heritability going back many centuries. I take the opportunity to detail larger, newer behavioral genetic studies that show high heritability for all human behavioral traits â including intelligence, personality, political views. As well, I detail evidence showing high heritability for major life outcomes, including criminality, marital stability, drug use, lifetime income, and life satisfaction. More importantly, I detail the lack of shared environment effects for all of these traits. This is key to silencing critics who would like to place “nurture” in an important role in shaping who we become.

More Behavioral Genetic Facts â Here I analyze some of the last-ditch efforts to insert “environment” into life outcomes, demonstrating the usefulness of reared-apart twin studies, as well the impact that the informant/measurement method have on results. I also delve into the “extended twin design”, which looks at additional family members beyond twins to partition out further uncertainties in genetic vs. environmental influence (for one, this puts the kibosh on the notion that we choose spouses who resemble our opposite sex parent). I also touch on why peers are not likely a source of lasting influence. As well, I make a case against the importance of gene-environment correlations as a source of influence (itself a massive violation of Occam’s Razor).

In addition to these, be sure to read the papers collected at my HBD Fundamentals page, section On the science of behavioral genetics. Also check out my updated About Me page.