First and foremost welcome to my new blog site! From now on all my posts will on WordPress, http://jaymans.wordpress.com. All of the posts from my old blog can be found here on the new site, however the old blog will remain active so readers can find my previously linked articles. Please update your links accordingly. Hopefully the new site fixes the issues with commenting that posters have had (WordPress does require a log-in, but once that’s done, it’s smooth sailing). Also some of you may have noticed my WordPress avatar, which is a still from a video of the International Space Station flying over the Earth. I chose this photo because it speaks to all that we discuss, and more. HBD’ers talk about the world around us and its people, which is represented by the whole Earth, seen in all its brilliant glory below the space station in this photo. But the starry sky lying above is a reminder that this world is but a tiny part of an entire universe beyond it. The ISS in the foreground is itself a sign of Man’s ability and desire to reach into this great beyond. This photo is perfectly symbolic.

I need to interrupt my announced multi-part series (which I will continue shortly) because of a recent discussion on Peter Frost’s blog. Dr. Frost noted that the GSS data showed a rise in the percentage of women that report having sex with other women, whereas the number of men that report same-sex sexual activity has remained constant or even declined. Jason Malloy has further delved into the matter and noted that there does indeed appear to be a real decline in proportion of male non-heterosexuals. Dr. Frost’s post has spurred a vigorous discussion into the origin of LGB, which at this point is far from clear. At least with respect to female bisexuality, I have my own hypothesis about its potential origin and why its frequency appears to be rising, which I will discuss in its own blog post in the future; in short, I believe the rise in the occurrence of female bisexuality is wholly a phenotypic change. However, I suspect that if there is a decline in the rate of male homosexuality, that it indeed maybe a genotypic changeâi.e., evolution.

As we’ve seen in my previous post discussing the Pioneer Effect and its relation to fertility and political orientation, rapid evolutionary changes have been happening all around us. In this case, I suspect the decline in male homosexuality might have something to do with the very drive to promote its acceptance. In the past, when homosexuality was strictly socially unacceptable, many gay men were forced to “go through the motions” and marry women and have children. As being gay became less socially taboo, fewer gay men (though by no means all)… 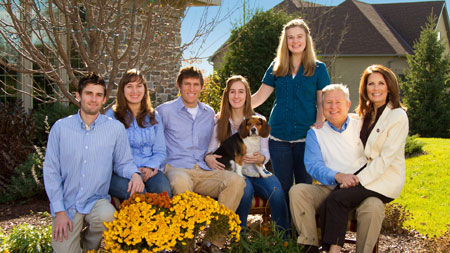 …felt the need to keep up this pretense, and now many forgo it entirely and live openly gay lives. This would lead to fewer gays having children, and hence, fewer gays passing on their genes. As such, if same-sex attraction to any extent heritableâwhich it appears that it is (h/t Jason Malloy)âthe genes for the trait would begin to diminish in the gene pool. In perhaps what is the ultimate irony (of this month, anyway), the push accept homosexuality may lead to its eventual disappearance, as psychologist Jesse Bering pointed out on his blog.

(As an additional note, Greg Cochran’s hypothesis that exclusive male homosexuality is caused by a pathogen is not necessarily incompatible with a partial genetic source. The trait may manifest only from an interaction of the pathogen with a genome susceptible to giving rise to a homosexual orientation).

So, to see if this is the case, I decided to take a look at the GSS data:

Edit 8/30/12: [As with my more recent post on liberal/conservative fertility, to get a better look at older cohorts, I included older GSS datasets in my analysis in order to increase sample size. The years included for each cohort are given below.]

Mean number of offspring of non-Hispanic White men, by decade of birth, :

Sexual orientation is gauged here by the NUMMEN variable (number of male sex partners since age 18), which I grouped into those with 0 (straight) and those with 1 or more (gay or bisexual).

As we can see, while the number of offspring of gay/bisexual men is lower than that for straight men, as we would suspect, it fell to sub-replacement level far sooner than it does for straight men, being well below replacement level for the cohort of gays born in the 60s. (I noted a similar pattern of fertility for women with respect to sexual orientation, but as I believe that that is an interaction between overall declining female fertility and political orientation, I’ll discuss that when I talk about female bisexuals).

This would lead to much fewer genes for homosexuality in the gene pool today. While, obviously, one does not need to have a gay parent to be gay oneself (and indeed, there is evidence that the siblings of gays have a higher fecundity), unless the loss of fertility from gay men themselves in modern times is counteracted by a simultaneous boost in fertility of their siblings or parents (who presumably carry genes for such traits)âwhich is unlikelyâthe genes for homosexuality will diminish.

← About MeHow Much Hard Evidence Do You Need? →
Current Commenter
says:
Current Date at Time Now
Leave a Reply - Comments on articles more than two weeks old will be judged much more strictly on quality and tone
Cancel Reply
Commenting Disabled While in Translation Mode