In the spirit of (partial) full disclosure, in my earlier post on the topic, I announced that I’m liberal. In this post, I’ll announce that I am Black. That is, at least, according to American hypodescent; I’m a mixed Black/White/Chinese second generation Jamaican-American. As such, of course I have a soft spot for the American Black community, and would like to see the best for Blacks in America (and all citizensâindeed, all people in the world). M.G. of Those Who Can See, (who has a recent post up about the problems of Black governance), left a comment to my earlier blog noting that while the Black fertility rate in America is at replacement level, she recalls that it is highly dysgenic. So to examine this, I once again turned to the GSS data. This is the average number of children of Black Americans, ages 44-55, by WORDSUM score, from the 1990-2010 GSS data. As we can see, of the Black equivalents of the White Baby Boomers, fertility was highly dysgenic. This chartâfor more contemporary relevance, is the mean number of children of Blacks, ages 35-43, by WORDSUM score. While fertility among the current generation also appears to be highly dysgenic, this mostly occurs on the extremes of IQ, being fairly steady in the middle.

I thought that there might be a strong sex difference in fertility among Blacks by IQ, so I decided to look at the sexes separately: Sample sizes are pretty small, but for men, it seems that the effect of IQ on fecundity is about neutral. Presumably, Black men benefit from the higher incomes that come with higher education. But for Black women, fertility appears to be highly dysgenic. A large number of intelligent Black women go without having children, as discussed by the Inductivist.

So why this gender gap? Either intelligent Black men are having children with much less intelligent Black women, as possibility indicated by the earlier chart of both sexes, orâas the stereotype suggestsâintelligent Black men marry outside their race more (yup, my girlfriend is White), or both. Unfortunately, the GSS doesn’t seem to have a data point for the race of respondent’s spouse, so I’m not able to check this here.

It’s important to note that these data almost certainly underestimate the dysgenic nature of Black fertility. I doubt the GSS interviewers conduct many interviews in the poorest parts of the inner city (though I could be wrong). As well, incarceration rates are very high for Black males, presumably removing their contribution from this sample.

Overall, it is quite clear that Black fertility is highly dysgenic. While the Black population remains roughly static in number, its quality is unfortunately greatly deteriorating. For intelligent Blacks, this seems to be the norm (or even well above average): 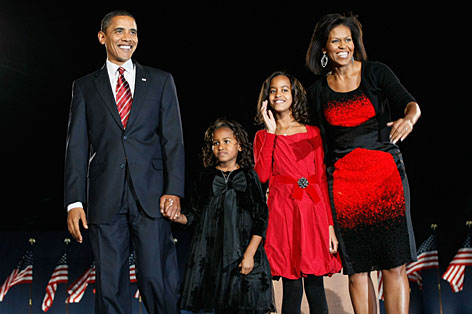 Whereas for unintelligent Blacks, this may be more common (click photo for story):

It would seem that the methods I suggested previously for curbing the fertility of the underclass of all races are very important for Blacks. Welfare reform, as I discussed, coupled with heavy marketing/availability of Planned Parenthood seems quite prudent. It’s only too bad that there isn’t a highly effective non-surgical long-term contraceptive for men, but considering the fellow in the previously linked article, an option for voluntary sterilization for individuals who seem to sire more children than they can support might not be that politically unpalatable.

It’s also worth noting that the more intelligent Blacks are more heavily White in ancestry, as I am. Discouraging breeding among unintelligent Blacks would, over time, make Black Americans much more White in ancestry. Not that there’s anything wrong with that either way. I see no issue if the overall level of African ancestry among American Blacks were to stay the same, decrease, or increase, so long as Blacks’ average IQ increasesâor at least stops decreasing. However, I’m sure some may take exception to increasing level of European ancestry among Black Americans.

I’ll leave off with this reggae songâa favorite of mine, which seems fitting.

Why People Canât Face the Truth
Jared Taylor
• 395 Comments • Reply
← A Follow-Up: Ethnicity and PoliticsMore on Farming and Inheritance Systems... →
Hide 19 CommentsLeave a Comment
"Dysgenic Fertility Among Blacks? Apparently, Yes"
• 19 Comments
Commenters to Ignore
Commenters to ignore (one per line)

← A Follow-Up: Ethnicity and PoliticsMore on Farming and Inheritance Systems... →
Current Commenter
says:
Current Date at Time Now
Leave a Reply - Comments on articles more than two weeks old will be judged much more strictly on quality and tone
Cancel Reply
Commenting Disabled While in Translation Mode