ScienceDaily (July 15, 2012) â Your genes determine much about you, but environment can have a strong influence on your genes even before birth, with consequences that can last a lifetime. In a study published online in Genome Research, researchers have for the first time shown that the environment experienced in the womb defines the newborn epigenetic profile, the chemical modifications to DNA we are born with, that could have implications for disease risk later in life.

Epigenetic tagging of genes by a chemical modification called DNA methylation is known to affect gene activity, playing a role in normal development, aging, and also in diseases such as diabetes, heart disease, and cancer. Studies conducted in animals have shown that the environment shapes the epigenetic profile across the genome, called the epigenome, particularly in the womb. An understanding of how the intrauterine environment molds the human epigenome could provide critical information about disease risk to help manage health throughout life.

Twin pairs, both monozygotic (identical) and dizygotic (fraternal), are ideal for epigenetic study because they share the same mother but have their own umbilical cord and amniotic sac, and in the case of identical twins, also share the same genetic make-up. Previous studies have shown that methylation can vary significantly at a single gene across multiple tissues of identical twins, but it is important to know what the DNA methylation landscape looks like across the genome.

In this report, an international team of researchers has for the first time analyzed genome-scale DNA methylation profiles of umbilical cord tissue, cord blood, and placenta of newborn identical and fraternal twin pairs to estimate how genes, the shared environment that their mother provides and the potentially different intrauterine environments experienced by each twin contribute to the epigenome. The group found that even in identical twins, there are widespread differences in the epigenetic profile of twins at birth.

“This must be due to events that happened to one twin and not the other,” said Dr. Jeffrey Craig of the Murdoch Childrens Research Institute (MCRI) in Australia and a senior author of the report. Craig added that although twins share a womb, the influence of specific tissues like the placenta and umbilical cord can be different for each fetus, and likely affects the epigenetic profile.

Interestingly, the team found that methylated genes closely associated with birth weight in their cohort are genes known to play roles in growth, metabolism, and cardiovascular disease, lending further support to a known link between low birth weight and risk for diseases such as diabetes and heart disease. The authors explained that their findings suggest the unique environmental experiences in the womb may have a more profound effect on epigenetic factors that influence health throughout life than previously thought.

Furthermore, an understanding of the epigenetic profile at birth could be a particularly powerful tool for managing future health. “This has potential to identify and track disease risk early in life, said Dr. Richard Saffery of the MCRI and a co-senior author of the study, “or even to modify risk through specific environmental or dietary interventions.” 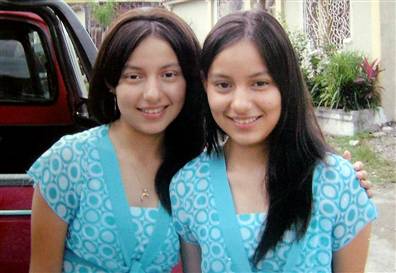 What these researchers have done is discover one of the mechanisms behind developmental noise; that is, the force that causes a degree of “error” in how genes are expressed. The most poignant example of developmental noise is the fact that identical twins (who share virtually 100% of their genes) have different fingerprints, and often have other subtle physiological differences between them. This is highly significant, because psychologically, identical twins are far from identical, and indeed, the heritability of most behavioral traits hover in the 0.4-0.6 range, far from 100%, and often a lot less.

The existence of developmental noise means that traits that are not 100% heritable (few areâone such example is one’s sex), but rather have a considerable “unexplained variance”, as measured from most behavioral genetic tests, can still be wholly “biological” in nature. That is, they are “inborn”âusually unchangeableâand not necessarily affected by the post-natal environment (i.e., experience).

This can be true even if the measured heritability estimate is pretty low. One such example is the heavily discussed issue of sexual orientation. Here, heritability estimates can be as low 0.22. The low heritability, it has been suggested, may point to a non-genetic, perhaps pathogenic source, and perhaps that’s the case. But it is also possible that the source stems from the effect of certain genes which can give rise to same-sex attraction if their effects are sidetracked by semi-random events in-utero, such as exposure to opposite-sex hormones. These events may be fairly rare, and may require a genome that is sensitive to such events to develop into homosexuality. Given the apparent low heritability of same-sex attraction in men (~0.22), and given the prevalence of homosexuality in the male population (~4%) the percentage of men who are genetically potential gays could be as high as 20%! Of course (for those who were alarmed), if same-sex attraction is solely caused by forces that occur in-utero, most won’t and can’t develop this trait.

Developmental noise has important implications for other psychological traits, including IQ and personality. In the Western world, the heritability of IQ is >80%, near the limit of test reliability. It is possibleâindeed likelyâthat some, or perhaps even all, of the remainder is due to developmental noise. This could further dash the hopes of those that seek to fix the problem of “failing schools” through intervention, and this leads me to my next post.

Better to Have Educated Parents Than Wealthy Ones
James Thompson
• 135 Comments • Reply
← IQ and Kink?Evidence for Cochran's & Harpe... →
Hide 6 CommentsLeave a Comment
"About Developmental Noise"
• 6 Comments
Commenters to Ignore
Commenters to ignore (one per line)

← IQ and Kink?Evidence for Cochran's & Harpe... →
Current Commenter
says:
Current Date at Time Now
Leave a Reply - Comments on articles more than two weeks old will be judged much more strictly on quality and tone
Cancel Reply
Commenting Disabled While in Translation Mode