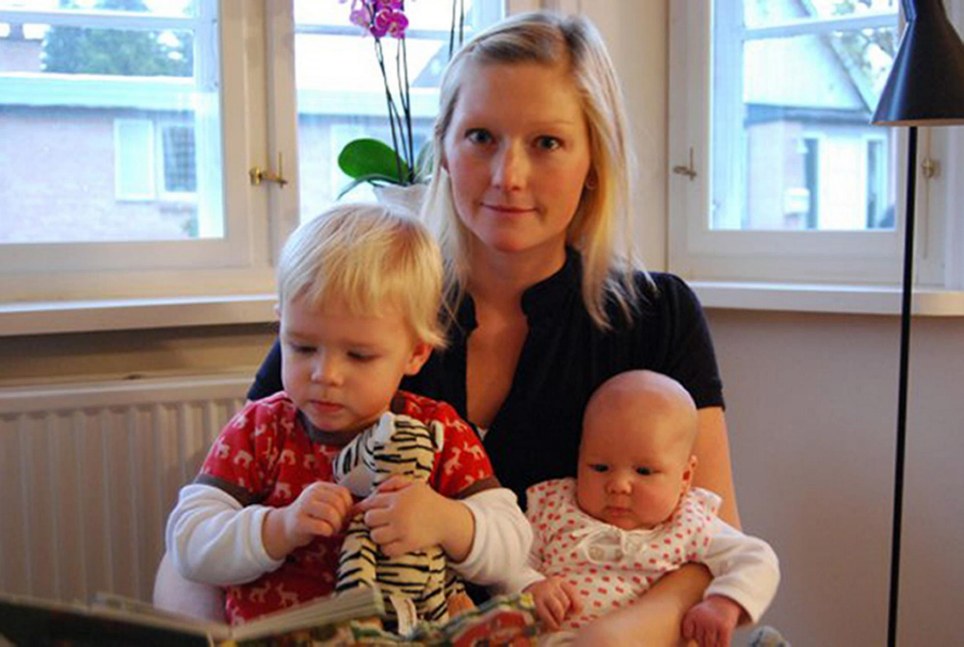 Commenter redzengenoist has brought to my attention that in his homeland of Denmark, policy seems to have accomplished two rather remarkable feats:

In the case of the latter, it’s not clear if native Danes are separated from the immigrant population in the reported stats. If not, then one can assume that immigrant births are more concentrated in the less educated group, which may mean that among native Danes, fertility might actually be eugenic!

I don’t speak Danish, and there appears to be dearth of English-language sources on the matter, so this is all I’ve got for now. I invite any skeptical readers to conduct a more thorough inquiry on the matter.

The Danes may have achieved a drop in Muslim fertility thanks to a change in immigration laws (see here in Danish, also discussed here) that makes it significantly less easy for immigrants to import relatives, gain permanent residency, or collect welfare in Denmark.

The boost in fertility of native Danish women, however, may have been accomplished through policies similar to the ones I’ve advocated, particularly generous maternity leave, allowing educated women to not have to choose between career and family. As redzengenoist puts it:

…the variable to narrow down on is ultimately the choices of high-value females.

They choose to have kids only when âcareerâ and kids can co-exist. If itâs a binary, they go with materialism and career. Smart women are like dudes.

If one takes for granted that giving women the option of having a career is a jack that will not go back in the box, the best way to encourage their fertility may not be monetary incentive, but rather allowing women to have both kids and career. Powerful maternity leave laws are seen by some as one of the major causes of the fertility turnaround in NW Europe of late.

…the Danish example is often a subject of keen interest, amongst others for fx. the Chinese. What this ultimately means is that perhaps the dysgenic trend of fertility can be reversed, if you set up incentives in a way that makes sense to high IQ women.

1) they donât want money
2) they want kids, if they can have them without penalty to their career

This behavior displayed by educated Danish womenâchoosing to have children only if they are not an encumbrance to achieving economic viability (i.e. status)âis quite consistent with Jason Malloy’s hypothesis about human reproduction:

…humans have a weak innate drive to reproduce, but strong innate drives to have sex and gain social status.

In the past reproduction was largely mediated through these drives. Prior to female educational and economic integration, the female status drive was adaptive; it resulted in higher reproductive success — i.e more surviving offspring — because women would seek to elevate their status through the one channel available: by acquiring high status mates. And higher status males could subsidize more children.

But post-women’s liberation, status drive would have the opposite effect. Now status motivated women have to marry well and participate in the workforce to remain competitive with other women in the adult status arena. The time and expenses necessary for raising children are instead invested in education, career-building, and conspicuous consumption. In turn this makes low reproductive success a symbol of social status, since higher status women have fewer children.

The link between demographic transitioning and status drive are supported by a number of newer papers in the economics literature.

For example, one recent study from Brazil suggests that status imitation drove their demographic transition. As soon as different regions acquired access to Soap Operas (1960-2000) about small, middle-class Brazilian families, local birth rates would drop dramatically to the levels featured in the TV shows (from 6.3 to 2.3 children), and parents would name their children after the characters in those shows.

This sounds like a pretty good description of the psychology of slow-breeders as described by my Pioneer Hypothesis. For many, this leads to a lack of desire for children entirely, as seen here and as discussed and even advocated by feminist author Jessica Valenti (in her book Why Have Kids). Of course, I’d argue that the desire for children for their own sake (“natality”) isn’t universally weak, and varies across the population, being stronger among religious fast-breeders.

As such, the Danish/NW European model seems to indicate that in order to boost fertility, the drives of womenâto obtain sex and statusâmust be made conflict less with, and possibly align with, having children. Maternity leave and benefits accomplishes this.

For the negative sense of eugenics, redzengenoist continues:

Whereas for low IQ women,

The bottom line of which is that, in Denmark, non-western women have FEWER kids than whites, just 1.6 each, down from 3,4 kids in 1993.

These policies are also very similar to the ones I advocated. By making welfare easily available to residents (but not to new immigrants), but also decoupling benefits from having additional children and making family planning services available, fertility on the low end can be reduced.

The Danish systemâwhich is a socialist one I might addâappears to achieve the results HBD’ers (who are mostly right-wing and distinctly anti-socialist) long for:

Of course, despite their apparently demonstrated effectiveness, and despite the urgency of the problem, it is unlikely that these socialist policies would ever be adopted here in the U.S., particularly the part about maternity leave. Of course, politically, the other component, immigration reform, appears to be a problem neither party wants to touch. However, I wanted to point out here that solving the demographic issues that are the heart of America’s problem is indeed possible, if the correct steps were taken. Whether that will happen is quite another matter.

Previously: The Leaks in the Pipeline Found?, Solutions, Again, The Liberal/Conservative Baby Gap: Time Depth, and Liberalism, HBD, Population, and Solutions for the Future.

The Rise and Decline of the West
Review âAt Our Witâs Endâ by Edward Dutton and Michael A. Woodley of Menie
F. Roger Devlin
• 144 Comments • Reply
← Don't Sleep on Barry O...J. Philippe Rushton Has Died →
Hide 55 CommentsLeave a Comment
"A Success Story?"
• 55 Comments
Commenters to Ignore
Commenters to ignore (one per line)