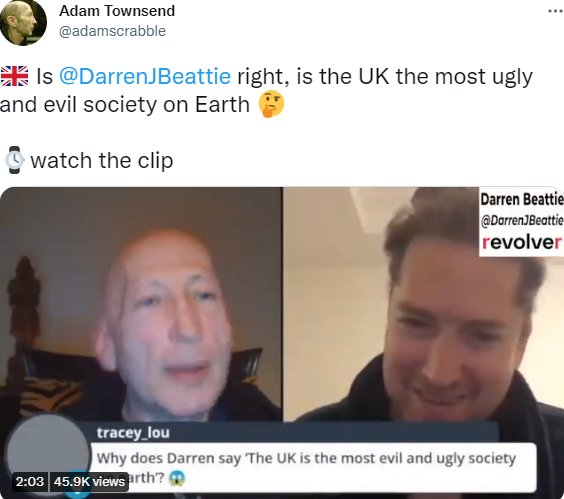 but the real formula for civilizational decay, at least in the 21st century are as follows:

1. Allowing Jewish Power to gain the controlling stake in your country. Why would this matter? It’s because Jews(in supremacist mode) use their smarts and money to push mass immigration, great replacism(and celebration of it), racial self-loathing along with rejection of identity & heritage among the native goyim, and the destruction of national autonomy. Jewish power also drives a wedge between the goy elites and the goy masses(while also insisting that goyim praise and champion Jewish identity, heritage, nationalism and even Jewish supremacism, and etc.) Jews also promote goy-vs-goy hostility, using media power to direct Western rage at Russia or China or Iran or Venezuela.

2. Blacks do great damage because they evolved to be tougher and more aggressive. Therefore, blacks commit lots of crime and degrade society with savage-like behavior. Also, black men beat up white guys in schools, streets, and sports. Thus, native male pride goes down the drain. White guys in Great Britain become beta-male wussy sidekicks of blacks OR take up gender-confusion as coping mechanism, i.e. âI have no manhood to lose because Iâm a pan-tran-wan-sexual.â
Despite all the harm caused by blacks, because of their domination of sports & pop music whites celebrate and revere blackness regardless of its destructive potential and impact. Blacks destroyed Detroit, but Eminem took up gangsta rap, and he became an idol of âwhiggerâ culture that spread like wildfire in the US. Top it off with jungle fever, and white society is almost over.

A large group of criminals ransacked a WaWa store tonight in Philadelphia pic.twitter.com/bviiexZJR2

3. Homos do great harm because they are nasty, narcissistic, hissy, vain, and neurotic. They indulge in perverted quasi-sexual behavior, weird and gross, but their sneering pride simply cannot admit to this fact. To hide the putridity and grossness of their behavior, they use weasel words(like âgayâ and âprideâ) and ârainbowâ symbols to cover up their true nature, thus emboldening a culture of lies. Furthermore, they are always in revenge mode against society(even when society comes to tolerate homos) because, no matter how much their âsexualityâ is accepted or celebrated by the straight-normal community, it can only be a gross and pale parody of the real thing. The Globo-homo cult depends on a culture of lies and misdirection. 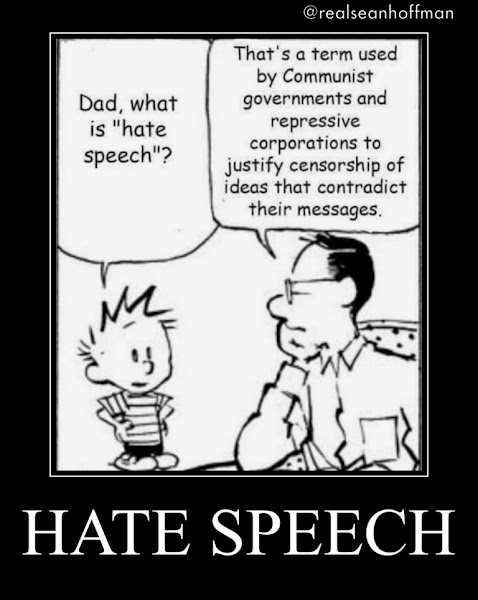 Combine Jewish Power, black savagery, and homo degeneracy into a single package, and it is the perfect formula for civilizational decay in the 21st century. Not only is it anti-conservative but is also anti-liberal. It not only impugns the richness of tradition and heritage but reviles free-spirited speaking truth to power that may de-legitimize the official dogma, which today is the ‘woke’ Tridolatry(tri-idolatry) of Jew-Worship, Black-Reverence, and Homo-Celebration. Consider what has become of Free Speech in the West under Jewish Supremacist Influence. Jews insist that all serve Zion or be purged. Blacks demand all agree to BLM or be blacklisted. Homos demand all celebrate globo-homo or be exiled. So much for Liberal Democracy. All three groups routinely victimize other groups but always pose as precious victims. Just ask the Palestinians. Arguably, the current ‘woke’ Tridolatry has done more harm to liberalism than to conservatism. Whereas a Core Community of Conservatives still remains despite all the slings and arrowed directed against it, the Classic Liberal Culture of skepticism, rationalism, free speech, individual conscience, integrity, and courage is all but gone, having been subsumed into the tribal interests of Jewish Supremacism that now defines ‘liberalism’, ‘democracy’, ‘science’, and ‘progress’ anyway it wants. 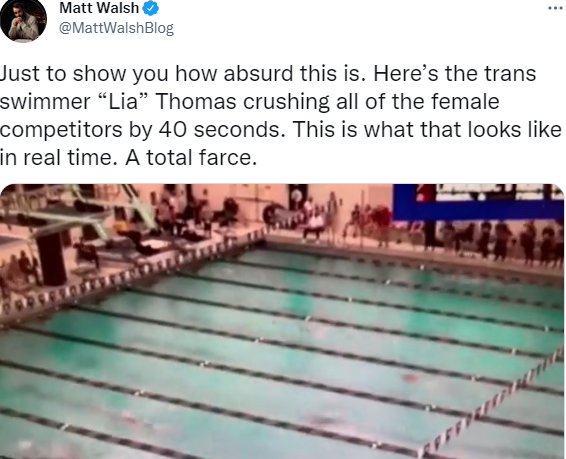 Jewish Power is so dominant that itâs not only about mindless support for Israel. It is whatever Jews demand, with which goyim must go along… or else. Jews are the ones pushing the Tranny Craziness, and guess what? Goyim just go along.

In a way, the main difference between âliberalsâ and âconservativesâ is as follows:

âLiberalsâ support not only Jews & Israel but also non-Jewish agendas favored and promoted by Jews, such as globo-homo and tranny-wanny. So, if Jews say trannies should compete in womenâs sports, âliberalsâ go along, in addition to supporting Israel.

In contrast, while âConservativesâ totally support Jews and Israel, they aren’t too enthused about many of the non-Jewish agendas pushed by Jews. But this leads to disfavor from Jews who want goyim to not only support Jews/Israel but endorse all the non-Jewish agendas dear to Jews.
Because âconservativesâ relatively drag their feet on non-Jewish-agendas-pushed-by-Jews, they try to compensate by cucking for Jewishness and Zionism even harder. But this hardly works because the Democratic Party is utterly committed to Jewishness and Zion. There isnât much that the âconservativesâ can do to outdo the âliberalsâ on mindless cucking to Israel and Jewish supremacism. 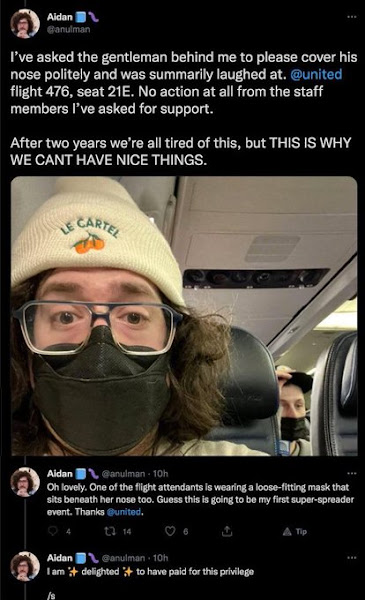 We must also remind ourselves that divide-and-rule is essential to Jewish Supremacism.

Even though Jewish Power is pushing for universal ‘vaccination’, it also sees advantage in the goy population splitting into the ‘vaccinated’ and the ‘unvaccinated’. It provides yet another reason for the goy masses to be divided than united. After all, the last thing Jewish Power wants is unity among goyim. Mutual distrust and enmity within a goy population(the more extreme the better) are ideal for Jewish Supremacism. So, one bunch of goyim believe the ‘unvaccinated’ are anti-science lunatics whose ‘hesitancy’ will spread the disease and kill everyone. At the other end, another bunch of goyim fear the ‘vaccinated’ are going to drop dead like flies. Divide and Rule for Jewish Power.

Of course, the three most effective wedges driven into the white race by Jewish Power have been sexual, generational, and class/economic. Via feminism, Jewish Power made white women revile white men as ‘patriarchal’ oppressors and date-rapists while regarding men-of-color as ideological allies. Via jungle fever and interracism, Jewish Power has convinced many white women that they should reject white men and have mulatto babies. White Race is doomed without the sexual unity of white men and white women who produce white children to secure the white future.
And via generational politics, Jewish Power manipulates every new generation into distrusting and blaming everything on earlier generations, thereby severing the ties between generations; it really took off with the boomers. No race can survive without a sense of reverence, continuity and heritage.
And via class politics, Jewish Power maintains a deep rift between the white elites and white masses. White mass anxiety is stoked against white elites as snobby and arrogant cold-blooded Wasps, while white educated elites are instilled with contempt for the white masses as ‘white trash’ or redneck’ subhumans, aka the ‘deplorables’.

Whereas Neolib Jews and Neocon Jews are united behind closed doors and, furthermore, younger Jews respect the memory of elder and bygone Jews, white goyim are fatally divided in myriad ways. Jews don’t fall for the white bait to divide Jews, but whites so easily fall for the Jewish bait to divide whites. It seems Jewish Identity is just more powerful than the white goy kind that, over the millennia, has been deracinated by Christianity. And now, Covid serves as yet another divider among the whites. All these white dummies or whummies. 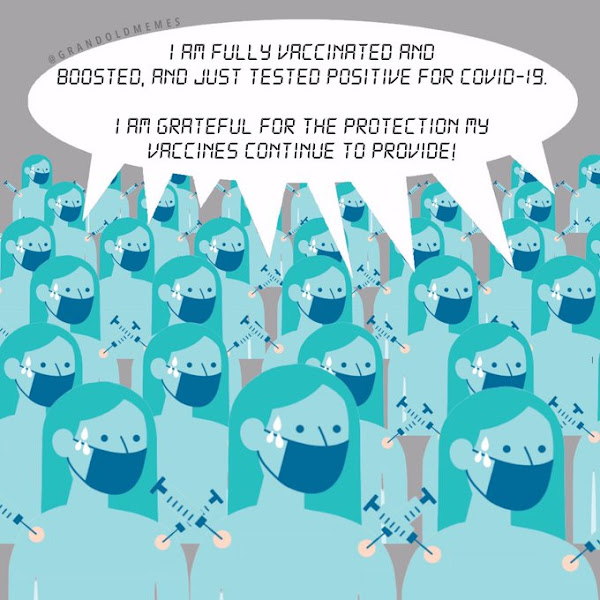 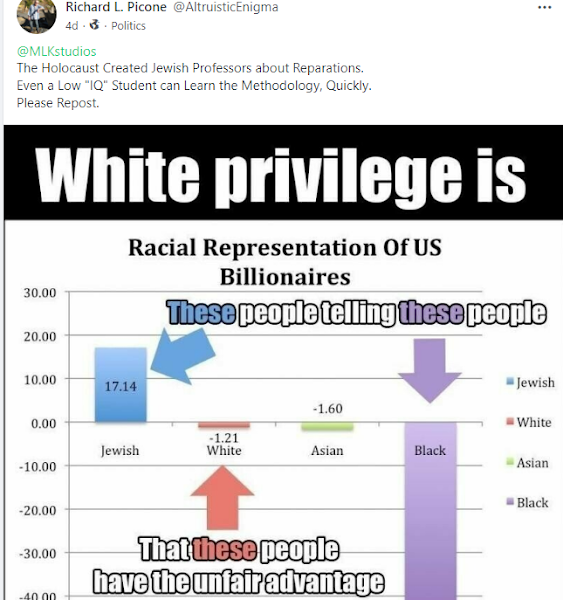 Critique of Eugyppius (Blogger)'s Mis-Characterization of 'Wokeness' as a Decentralized Movement of Nutters When, in Truth...
Jung-Freud
• 25 Comments • Reply Our Imaginary Interview with Kanye West on Anti-Semitism
Chanda Chisala
• 109 Comments • Reply
← 1996 Edition of Roger Ebertâs Video C...Why the Holocaust Narrative Must be Tur... →
Hide 23 CommentsLeave a Comment
"Main Formula for Civilizational Destruction in the 21st Century â Difference Between 'Liberalism' and 'Conservatism' in Relation to Jewish Power â Covid Panic as Another Wedge to Divide the White Race"
• 23 Comments
Commenters to Ignore
Commenters to ignore (one per line)

← 1996 Edition of Roger Ebertâs Video C...Why the Holocaust Narrative Must be Tur... →
Current Commenter
says:
Current Date at Time Now
Leave a Reply - Comments on articles more than two weeks old will be judged much more strictly on quality and tone
Cancel Reply
Commenting Disabled While in Translation Mode