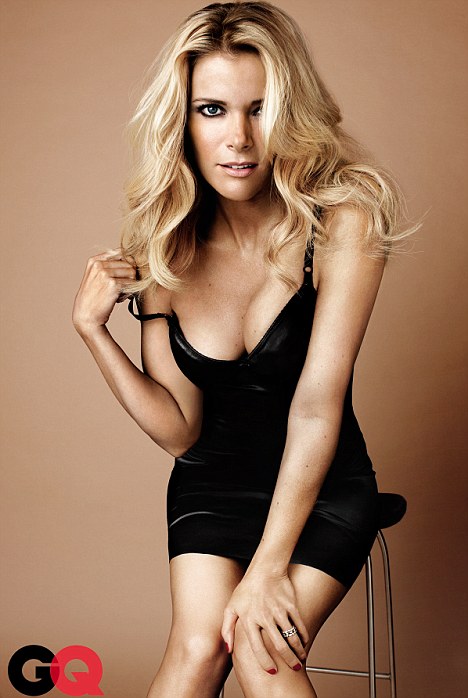 This Megyn Kelly story caught my attention last week. She is (was) the host of a morning talk show on the NBC television channel. I don’t watch morning TV but I dimly remember her from her previous employment at Fox News. As best I can remember, she was a capable interviewer. I can’t recall having any negative impression of her.

But last Tuesday she was chatting with someone on the show hen the subject of Halloween costumes came upâin particular, the matter of white people who put on blackface as part of a Halloween act. Someone said it was racist. To which Megyn responded:

Clip: But what is racist? Because you do get in trouble if you are a white person who puts on blackface on Halloween, or a black person who puts on whiteface for Halloween. Back when I was a kid [JD: Kelly is only 47, and looks younger] that was OK, as long as you were dressing up as, like, a character . 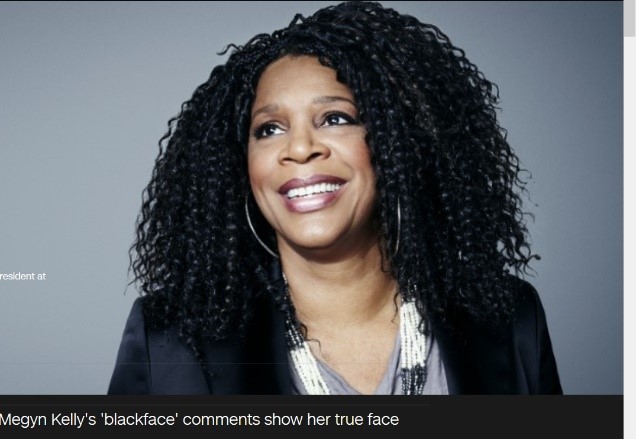 That caused wailing and rending of garments from sea to shining sea and across the fruited plain. Ms. Kelly was denounced from CultMarx pulpits everywhere. Some woman named Roxanne Jones at the CNN website honked that “For me the most revealing part of Kelly’s explosive comments was their illumination of her true face as an out-of-the-closet racist.” [Megyn Kelly’s ‘blackface’ comments show her true face, October 25, 2018] Ms. Jonesâs own true face is pictured right.

Ms. Kelly made a grovelling apology but of course it only made things worse.

You must never apologize to these swine; it just further inflames their vindictiveness.

NBC has suspended Ms. Kelly. [Megyn Kellyâs âBlackfaceâ Remarks Leave Her Future at NBC in Doubt, By John Koblin and Michael M. Grynbaum, NYT, October 25, 2018] The fate of her contract, which paid her $69 million for three years’ work, is still unknown.

There are rumors that NBC was unhappy about her poor ratings and looking for an opportunity to drop her. That may be true for all I know. But the media storm of outrage over her Halloween remarks was none the less real.

What struck me about her remarks was their mildness. People are outraged about that?

Yes, a great many people are.

I had a similar reaction recently listening to a talk about sexual harassment. The talker was a female attorney who represents harassed women. She was obviously quite passionately engaged with the issue. She read out some of the depositions she had taken from plaintiffs in harassment cases. Samples from memory:

I was sitting there listening to this, thinking: “That’s it? That’s a case in law? It just sounds to me like everyday office banter.”

I’d better admit I haven’t done full-time office work for nearly twenty years now. In the thirty years I was doing it, I can’t recall a single issue of anything I would call sexual harassment.

Guys were sometimes a nuisance to women, especially at office parties where the punch was flowing, but phrases like: “Oh, grow up, George!” and, “Would you keep your hands to yourself, please, Larry?” were still current back then.

Putting the two things togetherâMegyn Kelly and that lady attorneyâit seems to me we have amped up sensitivity to a point where any kind of relaxed social life will soon become impossible.

When I first heard the word “microaggression,” I laughed. Could people really be serious who used that word? I wondered.

They certainly could; and now they have taken over. The merest shade of a hint of a tinge of a tint of negativity towards blacks, or of sexual suggestiveness to a female co-worker, is now a hanging offense, or at least a career-ending one.

The Swiftian ditty I recalled when microaggressions first came upâI think it was from one of Steve Sailer’s commentersâhas come true:

It also supplies the answer to the question: Why are comedians not funny any more? Answer: Because they dare not be.

But how did we get here? What or who been driving this dreadful development?

I’ll go with “who” and give you my answer: the Trial Lawyer’s Association.

Back in 2001âboy, I’m really digging into the archives this weekâI wrote a column titled “Race on Wall Street.” I told the story of the small department where I worked in an investment bank. In the several years I worked there, just three black employees came and went. Two of the three ended up with a lawsuit against the firm for racial discrimination, citing a different boss in the two cases. The firm settled in both casesâthese firms always settle out of court. One of the settlements was for $250,000 dollars.

In daily interaction with these people across some two thousand days, I had witnessed nothingâsetting aside [a] harmless kind of banterâthat struck me as offensive, inflammatory or discriminatory.

But Managing Director of the firm explained the process to me. There is a breed of attorneys, he told me, who seek out black employees at big-money firms and explain to them that by signing a couple of depositions they can make a bundle of money.

The sexual harassment panic is a horse out of the same stable. Predatory trial lawyers seek out neurotic women, coach them on what to say, write up the depositions, and [ker-ching!]

This is the world we live in. Guided by the trial lawyers, and the merchants of racial grievance, we are drifting back to a stiff kind of Puritanism.

Puritans don’t laughâexcept at the sight of a burning witch.