Credit: VDare.com.
◄►Bookmark◄❌►▲ ▼Toggle AllToC▲▼Add to LibraryRemove from Library • BShow CommentNext New CommentNext New ReplyRead More
ReplyAgree/Disagree/Etc. More... This Commenter This Thread Hide Thread Display All Comments
AgreeDisagreeThanksLOLTroll
These buttons register your public Agreement, Disagreement, Thanks, LOL, or Troll with the selected comment. They are ONLY available to recent, frequent commenters who have saved their Name+Email using the 'Remember My Information' checkbox, and may also ONLY be used three times during any eight hour period.
Ignore Commenter Follow Commenter
Search Text Case Sensitive  Exact Words  Include Comments
List of Bookmarks 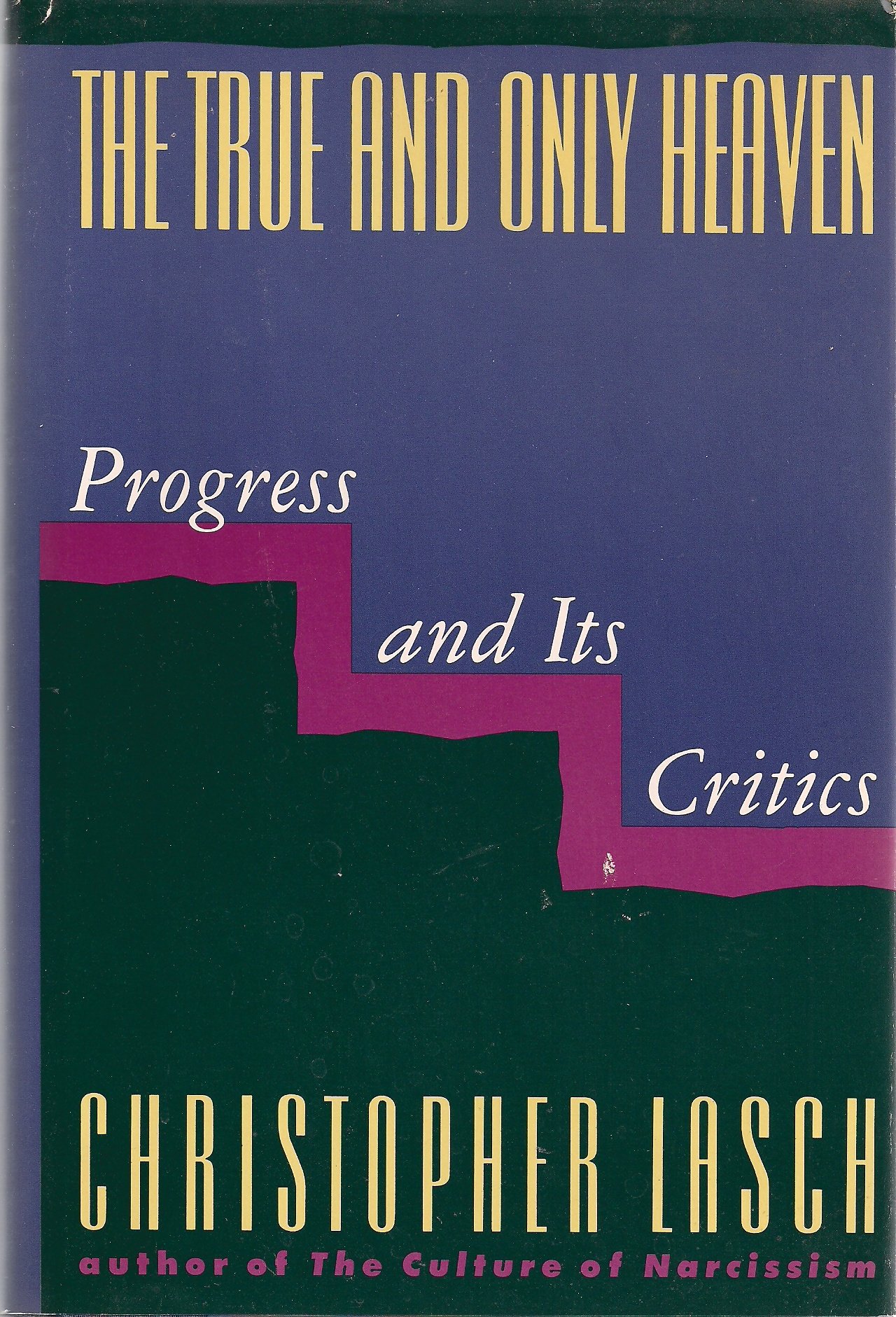 A couple of remarks in Professor Susan McWillamsâ recent Modern Age piece celebrating the 25th anniversary of Christopher Laschâs 1991 book The True and Only Heaven, which analyzed the cult of progress in its American manifestation, have stuck in my mind. Hereâs the first one:

In the most recent American National Election Studies survey, only 19 percent of Americans agreed with the idea that the government, âis run for the benefit of all the people.â [The True and Only Lasch: On The True and Only Heaven, 25 Years Later, Fall 2016]

McWilliams adds a footnote to that: The 19 percent figure is from 2012, she says. Then she tells us that in 1964, 64 percent of Americans agreed with the same statement.

Wow. You have to think that those two numbers, from 64 percent down to 19 percent in two generations, tell us something important and disturbing about our political life.

I just tried this, and sheâs right.

These guesses are of course based on the frequency with which complete sentences show up all over the internet.

An awful lot of people out there think we live in a one-party stateâthat weâre ruled by what is coming to be called the âUniparty.â

There is a dawning realization, ever more widespread among ordinary Americans, that our national politics is not Left versus Right or Republican versus Democrat; itâs we the people versus the politicians.

Which leads me to a different lady commentator: Peggy Noonan, in her October 20th Wall Street Journal column.

The title of Peggyâs piece was: Imagine a Sane Donald Trump. [Alternate link]Its gravamen: Donald Trump has shown up the Republican Party Establishment as totally out of touch with their base, which is good; but that heâs bat-poop crazy, which is bad. If a sane Donald Trump had done the good thing, the showing-up, weâd be on course to a major beneficial correction in our national politics.

Itâs a good clever piece. A couple of months ago on Radio Derb I offered up one and a half cheers for Peggy, who gets a lot right in spite of being a longtime Establishment Insider. So it was here. Sample of what she got right last week:

Mr. Trumpâs great historical role was to reveal to the Republican Party what half of its own base really thinks about the big issues. The partyâs leaders didnât know! They were shocked, so much that they indulged in sheer denial and made believe it wasnât happening.

The partyâs leaders accept more or less open borders and like big trade deals. Half the base does not! It is longtime GOP doctrine to cut entitlement spending. Half the base doesnât want to, not right now! Republican leaders have what might be called assertive foreign-policy impulses. When Mr. Trump insulted George W. Bush and nation-building and said heâd opposed the Iraq invasion, the crowds, taking him at his word, cheered. He was, as they say, declaring that he didnât want to invade the world and invite the world. Not only did half the base cheer him, at least half the remaining half joined in when the primaries ended. 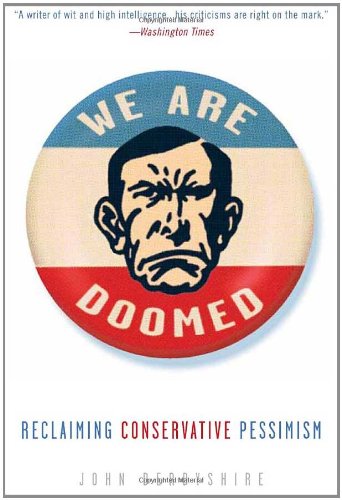 Iâll just pause to note Peggyâs use of Steve Sailerâ s great encapsulation of Bush-style NeoConnery: âInvade the world, invite the world.â Either Peggyâs been reading Steve on the sly, or sheâs read my book We Are Doomed, which borrows that phrase. I credited Steve with it, though, so in either case she knows its provenance, and should likewise have credited Steve.

End of pause. OK, so Peggy got some things right there. She got a lot wrong, though

Start with the notion that Trump is crazy. Heâs a nut, she says, five times. His brain is âa TV funhouse.â

Well, Trump has some colorful quirks of personality, to be sure, as we all do. But heâs no nut. A nut canât be as successful in business as Trump has been.

Sure, politicians talk a good rational game. They present as sober and thoughtful on the Sunday morning shows.

Donald Trump displays good healthy patriotic instincts. Iâll take that, with the personality quirks and all, over some earnest, careful, sober-sided guy whose head contains fantasies of putting the world to rights, or flooding our country with unassimilable foreigners.

Iâd add the point, made by many commentators, that belongs under the general heading: âYou donât have to be crazy to work here, but it helps.â If Donald Trump was not so very different from run-of-the-mill politiciansâwhich I suspect is a big part of what Peggy means by calling him a nutâwould he have entered into the political adventure heâs on?

Thor Heyerdahl sailed across the Pacific on a hand-built wooden raft to prove a point, which is not the kind of thing your average ethnographer would do. Was he crazy? No, he wasnât. It was only that some feature of his personality drove him to use that way to prove the point he hoped to prove.

And then there is Peggyâs assertion that the Republican Partyâs leaders didnât know that half the partyâs base were at odds with them.

Did they really not? Didnât they get a clue when the GOP lost in 2012, mainly because millions of Republican voters didnât turn out for Mitt Romney? Didnât they, come to think of it, get the glimmering of a clue back in 1996, when Pat Buchanan won the New Hampshire primary?

Pat Buchanan is in fact a living counter-argument to Peggyâs thesisâthe âsane Donald Trumpâ that she claims would win the hearts of GOP managers. Pat is Trump without the personality quirks. How has the Republican Party treated him?

Our own Brad Griffin, here at VDARE.com on October 24th, offered a couple more âsane Donald Trumpsâ: Ron Paul and Mike Huckabee. How did they fare with the GOP Establishment?

Donald Trump is no nut. If he were a nut, he would not have amassed the fortune he has, nor nurtured the capable and affectionate family he has.

Probably heâs less well-informed about the world than the average pol. I doubt he could tell you what the capital of Burkina Faso is.

Thatâs secondary, though. A President has people to look up that stuff for him.

The question thatâs been asked more than any other about Donald Trump is not,pace Peggy Noonan, âIs he nuts?â but, âIs he conservative?â

Iâm sure he is. But my definition of âconservativeâ is temperamental, not political. My touchstone here is the sketch of the conservative temperament given to us by the English political philosopher Michael Oakeshott:

To be conservative, then, is to prefer the familiar to the unknown, to prefer the tried to the untried, fact to mystery, the actual to the possible, the limited to the unbounded, the near to the distant, the sufficient to the superabundant, the convenient to the perfect, present laughter to utopian bliss.

Rationalism in Politics and other essays (1962)

That fits Trump better than it fits any liberal you can think ofâbetter also than many senior Republicans. For example, it was one of George W. Bushâs senior associatesâprobably Karl Roveâwho scoffed at opponents of Bushâs delusional foreign policy as âthe reality-based community.â It would be hard to think of a more un-Oakeshottian turn of phrase.

Trump has all the right instincts. And heâs had the guts and courageâand, just as important, the moneyâto do a thing that has badly needed doing for twenty years: to smash the power of the real nuts in the GOP Establishment.

I thank him for that, and look forward to his Presidency. Rule or Ruin
The GOP Establishment Would Have Sabotaged A âSane Trumpâ Too
Brad Griffin
• 79 Comments • Reply
← OâKeefe Videos Really Are Clintonâs...Peter Thiel On Trump →
Hide 57 CommentsLeave a Comment
"Trump vs. the REAL Nutsâthe GOP/ âUnipartyâ Establishment"
• 57 Comments
Commenters to Ignore
Commenters to ignore (one per line)