You have of course heard of Trump Derangement Syndrome. That manifests when, in conversation with someone, you say something approving of our President, and the party of the second part turns purple and starts shouting while lurching from side to side, with steam coming out of his ears.

I donât of course have Trump Derangement Syndrome. One year on from Trumpâs election victory, Iâm still offering up libations in thanks to the gods that we got him and not the other one.

I am, though, afflicted with a distantly related condition. A character in one of P.G. Wodehouseâs stories observes of another character that âI could see that, if not disgruntled, he was far from being gruntled.â Well, Trumpwise I am that character.

Iâm not quite ready to declare myself disgruntled with President Trump, but Iâm far from being gruntled.

To put it slightly differently, I am teetering on the edge of Trump Disgruntlement Syndrome.

That is of course much milder than Trump Derangement Syndrome. In the ten months Trump has held office, many good things have happened. The stock marketâs up, we got a conservative Supreme Court justice, and people who know about federal regulations tell me the administration is working wonders in that zone. We have Jeff Sessions at the Justice Department â¦ although, if persistent rumors Iâm hearing are well-founded, perhaps not for much longer.

I happily acknowledge all that. I acknowledge, too, thatâto adapt a remark of Dr Johnsonâsâwhen a man is working the campaign trail, he is not upon oath.

Still there is a dismaying gap between Trumpâs words, that so cheered and encouraged us last year, and his actions, which in some cases directly contradict those words.

Case in point: The Presidentâs nominee for Secretary of Homeland Security.

Just to refresh your memory: General John Kelly was DHS Secretary until President Trump tapped him to be White House Chief of Staff following Reince Priebusâs resignation at the end of July. That left the DHS post vacant. A civil service liferâI beg her pardon: a Washington veteranâhas been keeping the seat warm this past three months. [Meet the woman set to lead Homeland Security, By Melanie Zanona, The Hill, July 29, 2017]

General Kelly recommended his own DHS Chief of Staff to be the new DHS Secretary, and President Trump followed the recommendation. The appointment as DHS Secretary needs confirmation by the U.S. Senate. Last Wednesday this week the nominee appeared before the Senate Homeland Security and Governmental Affairs Committee, and the appearance was painful to watch.

The nominee is 45-year-old Kirstjen Nielsen. Under questioning by committee members, she said that Trump was just kidding about building a wall along our southern border: âThere is no need for a wall from sea to shining sea â¦ Thereâs a lot that we can do with technology to secure our borders.â

How about the so-called DREAMers: illegal aliens given two-year working visas and relief from deportation by Obama via executive order? Trump promised to rescind that order. What does the nominee think?

Quote from her, in a pre-hearing written document:

Congress has a clear constitutional policymaking authority to change immigration law in order to develop a permanent solution for those individuals that were [DACA] recipients. If confirmed, I will stand ready to work with Congress to provide any technical assistance needed towards a permanent, legal solution.

At the hearing itself Ms. Nielsen said, when asked about the DREAMers, âWe owe it to them to find a permanent solution.â [Donald Trumpâs DHS Nominee Ignores His Immigration Principles, MAGA Agenda, By John Binder, Breitbart.com, November 9, 2017]

If indeed we owed the DREAMers anything, surely weâve paid off the debt with the untold billions weâve spent on them by way of education, health care, law enforcement, welfare, and other public provisions funded by U.S. citizens through taxes. Our own Ed Rubinstein has estimated the tab could rise to 750 billion dollarsâthree-quarters of a trillion. Why do we still owe them?

In fact, we never owed them anything in the first place. Theyâre in a pickle because they broke our laws. Yet President Trumpâs nominee thinks we owe them.

To the contrary: they owe us. They owe us an apology for breaking our laws, and they owe us restitution of the money weâve spent on their public provisions while illegally present in our country.

I don't like conspiracy theories on attractive women using sex for promotions, but other than being very pretty, Trump's DHS nominee Kirstjen Nielsen is Chuck Schumer.

I canât improve on the second part of that, anyway. The first is open to dispute. âPrettyâ is not a synonym for âblonde,â though a surprising number of people of both sexes seem to think it is.

What on earth was the President thinking when he agreed to this nomination? Ms. Nielsenâs views are totally contrary to the clear positions on border security and Amnesty thatâdoes he not know? âgot him elected.

You have to think that the President just doesnât really give a fig about the National Question. If he does give a fig, this nomination is a very peculiar way to show it. Was Janet Napolitano not available?

The Senate committee is set to vote on Ms. Nielsenâs appointment Tuesday. But some Democrats want more hearings, on the grounds that the âWashington veteranâ I mentioned above, Elaine Duke, has apparently leaked to the press her threat to resign if the White House insisted that she treat the expiring âTemporary Protected Statusâ of Hondurans here since 1998 (!) as, well, temporaryâand require them to leave. The Democrats claim this shows the White House is interfering in policy.

Waitâwhat? Interfering in policy? Isnât that why we have elections?

Then the entire Senate gets to vote, reportedly before Thanksgiving.[ Democrats want DHS nominee to return to Senate panel for more questioning, by Nick Miroff, Washington Post, November 10, 2017]

Well, I vote NO!!!! on Kirstjen Nielsen.

If you care about the National Question, call your Senator and urge him to vote No on Kirstjen Nielsen too.

(Republished from VDare by permission of author or representative)
← Derb At the Mencken Club: Am I Alt Right?The Mask Is OffâRuling Class Decides ... →
Follow @DissidentRight

White-Latino Relations in Americaâs Southwest
Why a Paradox of Race Relations Is a Sign of Growing Political Polarization
Patrick McDermott
• 268 Comments • Reply
← Derb At the Mencken Club: Am I Alt Right?The Mask Is OffâRuling Class Decides ... →
Hide 31 CommentsLeave a Comment
"Trump Disgruntlement Syndrome"
• 31 Comments
Commenters to Ignore
Commenters to ignore (one per line)

← Derb At the Mencken Club: Am I Alt Right?The Mask Is OffâRuling Class Decides ... →
Current Commenter
says:
Current Date at Time Now
Leave a Reply - Comments on articles more than two weeks old will be judged much more strictly on quality and tone
Cancel Reply

Marc Wathelet, a Virologist and Specialist in Coronaviruses and Respiratory Diseases Explains Why Asia Was Successful in Containing Covid-19 and Why the West Is Not
Paul Craig Roberts • March 30, 2020
• 3,300 Words • 114 Comments • Reply 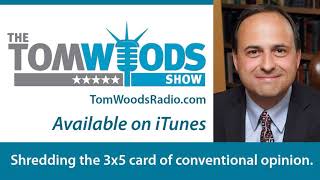