That’s the fine sonorous voice of Alexander Scourby reading the King James Bible, Book of Job, Chapter 40, verse 15. I just wanted to be sure I got the right pronunciation of “behemoth.” It’s not a word I use very often.

It’s a curious thing that the two big Anglo-Saxon cousin nations, America and Britain, are both facing very similar political crises. And in both nations there is a huge entrenched political behemothâin the U.S.A., an immense multi-trillion dollar diplomatic and military establishment. In both nations there is a widespread public dissatisfaction with this monstrous beast and its preferencesâespecially its preferences for unlimited immigration and everlasting missionary wars. In both nations this dissatisfaction has tried to express itself through proper democratic channels. And in both nations it has been thwarted. 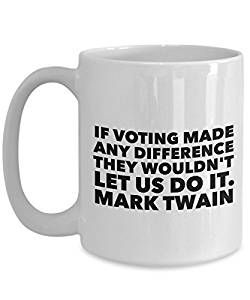 âIf voting made any difference they wouldn’t let us do it.” I have been unable to find the origin of this saying. The usual attribution is to Mark Twain. You can actually buy a coffee mug with him saying it. Any kind of smart-alecky witticism gets attributed to Twain, though, unless it’s already had Winston Churchill’s name stuck on it. The fact-checkers tell us Twain never said it, but they don’t tell us who did.

It’s surely appropriate to our times, though. I think those words return an echo from the bosom of any Trump voter in America or any Brexit voter in Britain.

We voted for secure borders and an end to the stupid wars and defunct Cold War alliances; Brits voted to get out of the European superstate. The underlying impulse in both cases was for a restoration of national sovereignty: a wish that our national affairs be conducted in a way that puts our own citizens ahead of foreigners.

Yet here we are three, three and a half years after those votes. Foreigners are pouring across our borders in numbers unseen since New Year’s Eve of 406 A.D., when barbarian hordes crossed the frozen river Rhine into the Roman Empire. The United Nations continues to settle tens of thousands of bogus “refugees” in our towns. Our corporations, eagerly assisted by bought-and-sold politicians, favor cheap computer programmers from India over our own college graduates. The war in Afghanistan enters its nineteenth year. 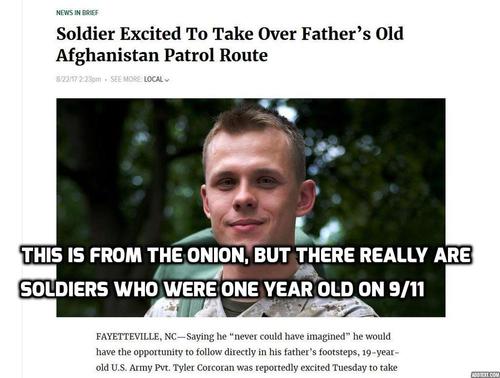 Across the pond, Brexit has just been postponed for the umpety-umpth time, to January 31st next year. Meanwhile, trucks full of illegal aliens pour in across the English Channel because the British government thinks it’s too much trouble to check their contents.

The failure of conventional democratic processes to make any difference, to penetrate the hide of behemoth, to move his mighty bulk even one inch from where it squats, suffocating our liberties and our sovereignty, the failure has causes both similar and different on the two sides of the Atlantic.

The similarity of causes is in the close to fifty-fifty splits in each of our populations between blues and reds, or whatever more sophisticated vocabulary you want to use to distinguish the two sides: globalists and nationalists, cosmopolitans and communitarians, metropolitans and provincialsâbetween the feeders and supporters of behemoth on one side, and on the other, those of us who seek to slay itâor at least, put it on a very serious and intensive weight-loss program.

Voting in the 2016 Brexit referendum split 52-48 in favor of leaving Europe. In the American Presidential election that same year the popular vote was actually 51-49 in favor of Mrs. Clinton over Trump. Trump is President because of careful safeguards built in to our Constitution to give some regional equity to our national decisions.

This is the Cold Civil War I keep telling you about: one halfâon those numbers it’s almost precisely halfâof us fiercely, dogmatically opposed to the other half.

It works fine for behemoth: one half of the population is defending him. Not just that, eitherâour nations’ centers of wealth, power, and cultural influence are massively over-represented in the half that is defending him.

But here are differences as well as similaritiesâmainly in matters of leadership. It’s harder for outsiders to get to the top of the greasy pole in Britain’s parliamentary system. That’s why the Brexit effort has had to be led by insidersâpeople whose most natural sympathies are, paradoxically, with globalist liberalism.

Theresa May and Boris Johnson are both of this type. It’s hard to believe they really have their hearts in a full restoration of British sovereignty. The deals they have worked out with the EU bureaucrats are soft compromises, leaving the Eurocrats still in charge over quite significant parts of British life.

Here in America we did get a real outsider into power. Unfortunately the outsider we got was a political babe in the woods. He has been easily buffaloed by the guardians of behemoth, as we saw in those disastrous televised White House events in January and February 2018âyou know, those events where we came away with the rather strong impression that Trump, in a room full of political professionals, agrees with the last person who spoke.

So the restoration of national sovereignty is in the hands of, in Britain, a globalist opportunist of doubtful reliability, and in America, a guy with some genuinely nationalist instincts but zero political skills.

“If voting made any difference they wouldn’t let us do it.” Print it on a T-shirt, embroider it on a throw cushion. It perfectly encapsulates the state of our democracies.

So what, actually, is up with Brexit?

The drop-dead date has been moved forward yet again, to January 31st. In the meantime, there is to be a general election on December 12th.

Trying to call the probable results of this election has seasoned British pollsters slitting their wrists and leaping from high windows. There are too many unknowns.

Nationwide there are four main parties in play.

In recent years the legacy proles have been aging and dwindling in numbers; the Social Justice Warriors have been coming in at the other end of the age pyramidâjust as in America. The party is pretty much theirs now; but there are key parliamentary seats where the old legacy-prole vote is still critical, so Corbyn has a tough circle to square. The latest pronouncement I can find of his that isn’t totally opaque is from a speech this week in which he said that if elected Prime Minister he will, quote, “open negotiations with the EU about a sensible relationship with Europe.”

The thing that’s hard to call is how much strategic voting there will be. Since both Boris Johnson’s Tories and Nigel Farage’s Brexit Party want to get the country out of the EU, if they both put up candidates everywhere, the Leave vote could be split, letting in an alliance of Labour and the Lib Dems, which would be a victory for Remain.

Some kind of alliance or understanding between Johnson and Farage seems to be called for. But Farage thinks the deal Johnson has negotiated with the EU, the deal Johnson is going to the electorate with, is simply terribleâjust BINO, Brexit In Name Only.

Confusing the matter even further are regional issues. Scotland and Northern Ireland are both part of the U.K., with members in the London parliament. The Scottish National Party, which is heavily anti-Brexit, is polling well.

Northern Ireland is a really hard circle to square. The biggest party there, the DUP, has as its biggest issue the union with Britain. Boris Johnson’s deal with the EU weakens that union, keeping Northern Ireland under some EU rules that won’t apply to Britain. On the other hand, a Farage-type No Deal Brexit would mean border checks between the North and the Irish Republic, nullifying the 1998 agreement that ended the Troubles.

So the North’s Unionist majority can’t support either Johnson or Farage. So they should go with Labour, right?âassuming they can figure out what kind of “sensible relationship with Europe” Jeremy Corbyn has in mind.

Going with Labour, though, would be a complete repudiation of Unionist history. Boris Johnson’s Tory Party is actually, officially the Conservative and Unionist Party, and has been for over a hundred years. Jeremy Corbyn is an old friend of Gerry Adams, former leader of Sinn FÃ©in and sworn enemy of Unionism. [ Sinn Fein’s Gerry Adams backs ‘outstanding’ Jeremy Corbyn for Prime Minister, by Greg Heffer, SkyNews, February 4, 2018]

With his usual great instincts and hopeless execution, Trump has just praised Johnson after telling Farage, in an interview on Farageâs radio show, that Johnsonâs deal would preclude a U.S.-UK trade deal. [Trump: Johnson and Farage should ‘come together’ for general election, Edward Helmore, The Guardian, November 4, 2019.]

In my sweetest dreams the leavers vote strategically en masse for Nigel Farage’s Brexit Party, killing off the Tory Party for good.

That might encourage Americans to do the same to the Republican Party, which likewise needs euthanizing.

Do I think that’s likely to happen? No, but I can dream.