In case you hadn’t noticed, we are in the middle of a Shakespeare boom. There was that charming movie, of course; then a barrage of Bard books â Park Honan’s biography, Harold Bloom’s Shakespeare: The Invention of the Human and John Berryman’s Shakespeare. A new film of A Midsummer Night’s Dream is to be released soon and a picture-book titled Shakespeare in the Movies is due out this month. We have been missing only a Shakespeare novel. Well, here comes Robert Nye, riding into the stores on the crest of a wave. Mr Nye is either prescient, quick off the mark, or very very lucky.

The Late Mr Shakespeare is a fictional memoir of the great writer narrated fifty years after his death by one Pickleherring, who had played female roles in Shakespeare’s plays when a boy. (Is there anybody in the inhabited universe who does not know by now that the Elizabethans forbade women to act on the stage?) Pickleherring, now in his eighties, occupies an upper room in a London bawdy-house. He nurses a mild attachment to the young whore who lives and works in the room below his and on whom he spies through a peephole in his floorboards. These circumstances, together with the Great Fire of London, provide a frame for the narrative, which consists of recollections of Shakespeare and his family, ruminations on the plays and poems, character sketches of people like Richard Burbage and Ben Jonson, and some passages of speculation and pure invention. Could Elizabeth the First have been Shakespeare’s mother? Was John Shakespeare, his father, the original for Falstaff? Did young Will go to sea with Sir Francis Drake? These and other fanciful matters are explored by our narrator without, for the most part, any definite conclusions being reached.

In writing a book like this Mr Nye has actually set out to do something quite difficult. The conventional wisdom is that we know very little about Shakespeare’s life: some scattered entries in legal documents, a handful of remarks by contemporaries, nothing else at all. This is quite wrong, as Park Honan’s biography demonstrated. Thanks to the painstaking researches of generations of scholars, we have a mountain of evidence about Shakespeare. Most of it is circumstantial, to be sure; but circumstantial evidence is still evidence (even in a court of law, though many people do not know this). And of course there are the Works: anyone at all acquainted with the creative process knows that an artist may always be found in his productions. From all these sources a reasonably clear picture emerges. The greatest writer ever to grace our language was a sober, prudent, level-headed fellow who stayed clear of trouble, had a strong dislike of sexual incontinence, and was careful with money â the very epitome of the provincial bourgeoisie from which he rose and to which he returned.

There you have Mr Nye’s difficulty: Shakespeare lived a rather dull life. To make an entertaining fiction out of him is uphill work unless, like the creators of that movie, you abandon all pretense of realism. Mr Nye is not willing to do this. He cleaves closely to the known facts, fills in the blank spots with inconclusive speculations and milks the few real mysteries for all they are worth. The Dark Lady of the sonnets, for example, gets five full chapters. In his efforts to make a silk purse out of this sow’s ear â I am speaking, of course, of the Life, not the Works â Mr Nye is driven to desperation at last, filling up his pages with odd lists (“Things Despaired Of,” “Lost Plays”), the entire text of Shakespeare’s will, the rules of real tennis, a mock examination paper, and other whimsicalities. He lets Pickleherring pass rambling comment on the plays and poems; but this ground has been so thoroughly tilled for so long that these observations give the appearance of having been lifted from the lecture notes of some Eng. Lit. 101 course. “Despite the many faces of the man some continuities emerge â¦” Uh-huh.

At last the book stands or falls not by its subject, who has completely eluded Mr Nye, but by the character of its narrator. Whether you think Pickleherring is a success depends on how you feel about the author’s approach to creating him, an approach I suppose I shall have to call postmodern. Says author to reader: “Look, you know this is a work of fiction written on a word processor. After all, you bought it from the ‘New Fiction’ shelf at your bookstore, didn’t you? Sure, I have taken on the voice of a seventeenth-century narrator in order to present my material, but you know it’s just me speaking, and I know that you know, and so on. So why pretend? Let’s have a bit of fun with language and history.” Having thus absolved himself from the need to build a convincing illusion, Mr Nye can have Pickleherring write in modern British demotic lightly dusted with archaisms and riddled with anachronistic quotes and references. Dylan Thomas seems to be a favorite: “the force that through the green fuse drives the flower” turns up at least three times. To reassure any pre-postmodern reader that all this is entirely deliberate, the author acknowledges in a postscript no less than 61 writers from whose works and lives he has borrowed. For that narcissistic touch that seems to be required by postmodernist union rules, the list includes Robert Nye.

I confess I have no taste for this approach myself, though I can’t prove that there is anything wrong with it. I want the full illusion â I want a novelist to transport me into a realm of imagination and wonder. Large numbers of readers of historical fiction are of the same inclination, to judge from the successes of Patrick O’Brien and George MacDonald Fraser. Postmodernists seem not to agree with Wordsworth that “the world is too much with us.” They believe it is not with us half as much as it ought to be and that we need constant reminders of its existence and proximity. This is not for me; but if it is for you, The Late Mr Shakespeare shows it done as well as it can be done. 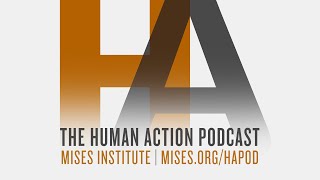