Credit: VDare.com
◄►Bookmark◄❌►▲ ▼Toggle AllToC▲▼Add to LibraryRemove from Library • BShow CommentNext New CommentNext New ReplyRead More
ReplyAgree/Disagree/Etc. More... This Commenter This Thread Hide Thread Display All Comments
AgreeDisagreeThanksLOLTroll
These buttons register your public Agreement, Disagreement, Thanks, LOL, or Troll with the selected comment. They are ONLY available to recent, frequent commenters who have saved their Name+Email using the 'Remember My Information' checkbox, and may also ONLY be used three times during any eight hour period.
Email Comment Ignore Commenter Follow Commenter
Search Text Case Sensitive  Exact Words  Include Comments
List of Bookmarks

Well, if you were wondering who really runs things in Washington, D.C.âwhere the real power liesânow you know: itâs with the intelligence agencies, with a little help from the Main Stream Media. Next question: why do they hate Russia so much?

December 29th, the day still-President Barack Obama expelled a raft of Russian diplomats on suspicion of having influenced our election, General Michael Flynnâat that point merely a private citizen but about to become President Trumpâs national-security advisor âhad a phone conversation with the Russian ambassador.

Nothing wrong with that. Or perhaps not quite nothing. There is a federal law called the Logan Act that prohibits private citizens from talking to foreign governments.[18 U.S. Code Â§ 953 ] The Act was passed in 1799 when one George Logan, a Pennsylvania state legislator, had talks with the government of France, ticking off the John Adams administration, which had majorities in Congress. In the subsequent 218 years, there has been just one indictment under the Logan act, and zero actual prosecutions. The Act is regarded as a bit of a joke, and the jurisprudential consensus seems to be that it is in fact unconstitutional, although with zero prosecutions in 200-plus years, nobody thinks itâs worth the trouble to test the matter.

Well, our spooks listened in to that December 29th episode of personal diplomacy. Then they passed on what theyâd heard to the FBI. Then someoneâeither a spook or a G-manâleaked to the press.

âAccording to a senior U.S. government official, Flynn phoned Russian Ambassador Sergey Kislyak several times on Dec. 29, the day the Obama administration announced the expulsion of 35 Russian officials as well as other measures in retaliation for the hacking. â[Why did Obama dawdle on Russiaâs hacking?, By David Ignatius, January 12. 2017]

That is seriously illegal. Itâs also highly irresponsible, as it gives the other party meta-intelligenceâthatâs intelligence about intelligence. Without knowing what weâre doing or how weâre doing it, the Russians now know a thing we can do: listen to their ambassadorâs phone conversations in defiance of whatever kind of subterfuge or encryption heâs using.

But if thereâs been a Main Stream Media hue and cry over that illegality and that irresponsibility on the part of our intelligence and law-enforcement agencies, I missed it. All the fuss has been about what Flynn told or did not tell Vice President Pence, and how the President was then briefed.

Itâs penny-ante stuff; so much so you have to wonderâas some commentators have wonderedâwhether Trump used the whole nothingburger as an excuse to dump Flynn this week because he was dissatisfied with him.

It got blown up into a major story because of synergy between the intelligence people and the MSM, the spooks and the hacks. Dwight Eisenhower famously warned us about the military-industrial complex. What weâve seen this week is the intelligence-media complex showing its strength.

The spooks can of course do major damage on their own. In alliance with the MSM, though, they are lethal. A leak is just a leak; the MSM decides what to make into a major story and what to leave as a filler item on page 23. And, working as they do in a pillar of the CultMarx establishment, the media hacks are happy to take what scraps and fragments the vengeful spooks pass on to them and work them into bricks to throw through Trumpâs windows.

So again I ask: Whence all this hostility to Russia?

I am honestly baffled by it. In what way is Russia a threat to U.S. interests? They have no claims on our territory. Theyâre not a commercial rival. Theyâre not flooding us with cheap workers to depress our own peopleâs wages and burden our welfare services. They havenât sent any terrorists to fly planes into our skyscrapers. Why are we even supposed to be bothered by their espionage activities?

Itâs true that the present Russian government is unlovely. Itâs true they might do mean things, like invading Estonia. That would be deplorable, but no sane person really thinks the U.S.A. would go to war over it, as the NATO charter technically requires.

Indeed, the temptation to show up NATO for the hollow sham it is, is the only reason I can think of for why Russia would invade Estonia.

The Estonians should make what arrangements for mutual defense they can with neighboring countries, and avoid provoking the bear. They face nothing worse than small countries with big neighbors have faced since the beginning of time.

Russiaâs just another country, like Brazil or Indonesia. I canât see any reason we shouldnât get along with them on the same terms as with those countries. The Cold Warâs been over for a quarter of a century, for Heavenâs sake.

I canât even figure out a conspiracy theory about our Establishmentâs hostility to Russia. Has the Homintern been at work, stirring up anti-Russian feeling because they wonât legalize same-sex marriage? Does someone think they want to dominate the Middle East so they can control the Arabsâ oil? Do influential American Jews still nurse resentment for the Kishinev Pogrom? None of that strikes me as even remotely plausible.

Is it just inertia? The Cold War created huge, entrenched sub-establishments within the federal governmentâlots of iron rice bowls. These sub-establishments donât want their rice bowls broken. They donât want their corner of the swamp to be drained. Swamp-draining-wise, they are massively conservative, in the style of the Third Duke of Norfolk: âI would all things were as hath been in times past.â

Thatâs not much more plausible than the conspiracy stuff, though. After twenty-six years, years that saw the War on Terror and the rise of China, are significant power centers in the U.S. government really still obsessing about Kremlin plots and tank divisions rolling through the Fulda Gap?

Is it just the perception that Vladimir Putin is a nationalistâa nationalist that will help other nationalists any way he can, funding Ms. Le Penâs political campaigns [ Marine Le Penâs links to Russia under US scrutiny, Telegraph, UK, December 21, 2016] and hacking the emails of Donald Trumpâs opponents?

Possibly, and I can see that would rile up the CultMarx globalists. But why are the rest of us supposed to care?

Winston Churchill, following the Hitler-Stalin deal of 1939, said that Russian policy was âA riddle wrapped in a mystery inside an enigma.â

Iâm feeling the same way about our own current Russia policy.

Can anyone enlighten me?

(Republished from VDare by permission of author or representative)
← Why Our So-Called Judges Should Get TWI...âAn Ocean ApartââWhy A U.S. Colle... →
Follow @DissidentRight What We Still Do Not Know About Russiagate
Vital questions about perhaps the worst alleged presidential scandal in US history remain unanswered
Stephen F. Cohen
• 116 Comments • Reply
← Why Our So-Called Judges Should Get TWI...âAn Ocean ApartââWhy A U.S. Colle... →
Hide 84 CommentsLeave a Comment
"The Spooks and the Hacks: Why Do They Hate Russia?"
• 84 Comments
Commenters to Ignore
Commenters to ignore (one per line)

• Replies: @in the middle
• Replies: @Stogumber, @The True and Original David
← Why Our So-Called Judges Should Get TWI...âAn Ocean ApartââWhy A U.S. Colle... →
Current Commenter
says:
Current Date at Time Now
Leave a Reply - Comments on articles more than two weeks old will be judged much more strictly on quality and tone
Cancel Reply 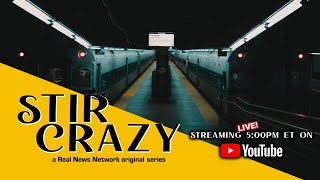