Marine Le Pen is a patriot—and so BOTH opposing parties cooperated to stop her.

Obviously, Franceâs ruling class was not relieved by the results of the December 13 French regional elections: it is now trying to find a legal excuse to destroy National Front leader Marine Le Pen [Marine Le Pen could face political ban over financial declaration, by John Lichfield, The Independent, December 22, 2015]. This soft totalitarianism appears to be a European Union pattern, seen with Geert Wilders, Nick Griffin, the Vlaams Blok (compelled to reinvent itself as Vlams Belaang), Golden Dawn and the Sweden Democrats. And the French elections certainly did provide Dissident Right satisfaction of a grim sort: in two key regions where the National Front was running actual Le Pens, Marine Le Pen in Nord, and her very photogenic niece Marion (right) in Provence, the Establishment parties were so panicked that the center-Left candidates withdrew so the anti-Le Pen vote wouldnât be split. The strategy worked: The center-Right won both regions.

But those withdrawals play directly into what we on the Dissident Right have been saying for years: That on National Question issuesâimmigration, multiculturalism, Political Correctness, demographic transformationâthe big established parties are indistinguishable, their pretence at differences just a sham.

In all Western countries, well-nigh everyone wants a welfare state, and well-nigh everyone wants a thriving capitalist economy. Those things arenât controversial. Whatâs controversial is the idea of a nation as being the home of some one particular people of mostly common ancestry and common culture. The great divide today is between nationalism and demographic stability on the one hand, globalism and mass immigration on the other.

It used to be, a hundred years ago, even fifty years ago, you could get a quick rough gauge of how much you were likely to agree or disagree with someone by finding out how much he hated rich people. Note that the person whose temperature you were taking might himself be rich; the expression âlimousine liberalâ has been around for a while.

But nowadays, if you want to take someoneâs political temperature, you get a much more accurate reading by figuring out how much he hates white people. Again, there is no bar to he himself being white: the word âethnomasochistâ hasnât been around as long as âlimousine liberal,â but I did once trace it as far back as 1981.

A change of that magnitude in our way of thinking about politics happens very slowly, though, at both the top and the bottom. This particular change is being driven by huge deep currents: mainly by the slow but colossal worldwide demographic shift against the white race.

The center-Left withdrawal from those two French regions in order to shut out the Le Pen gals â that was a sign that the party bosses are getting it. At this point they would not yet admit, even under torture, that their parties differ in very little except the personalities on offer. But at some level, they understand that theyâcenter-Right and center-Leftâare together on one side of the great issue of our age, while the Le Pen ladies are on the other side.

This is the new political alignment, just emerging from the receding waters of industrial-era class conflict and economic ideology.

At the other end of the political scale, where the actual voters dwell, awakening to the new alignment has been partial and local. Voters donât care as much about politics as politicians do. It takes longer for them to grasp these tremendous changes, unless the changes are really thrust in their faces.

Thatâs why in France the National Front nationwide polled only 27 percent. It did much better in Nord and Provence, where the National Question has been thrust in votersâ faces: 42 and 45 percent, respectively.

You see similar differences in the U.S.A. Where anti-white or anti-Western feeling is most clearly on display, class and economic issues go out the window and people vote race and ethnicity: In 2012 Mitt Romney got 88 percent of the white vote in Mississippi but only 34 percent in Vermont.

Itâs customary to say that it will take a couple more 9/11s, or a couple more Paris-type attacks, or San Bernadinos, to wake up a real majority of the electorate.

Well, events like that are accelerant. But if mass immigration continues and multiculturalism spreads nationwide, Mississippi-ization will happen anyway. Unless Vermonters maintain their current lily-white demographics, they will eventually vote like Mississippians.

A few months ago I attended a talk given by Nelson Hultberg, a principal of the very worthy organization Americans for a Free Republic, which seeks to get a Third Party going based on, quote from him, âlibertarian politics and conservative values.â Mr. Hultberg told us he doesnât actually much care for the expression âThird Party,â because right now we really only have one party. What heâd like to bring about, he said, is a second party.

That of course is what the big old parties dread: the rise of a genuine opposition.

In the U.S. too, we essentially have a one-party state, with Democrats and Republicans on the same side of major issues in our time.

That got even harder to deny when House Speaker Paul Ryan unveiled his omnibus spending bill on December 17âso bad, it caused Rush Limbaugh to call for the disbanding of the Republican Party. There were, to be sure, a few ickety-tick tax breaks in it for the Chambers of Commerce crowd; but on anything related to the National Question it was a total surrender to the Left. Sanctuary cities fully funded, refugee numbers increased, tax credits for illegal aliens, more visas for nationals of countries that wonât accept back their illegals, visa numbers for foreign workers quadrupledâ¦Senator Jeff Sessions, whom God preserve!, gave a fine angry speech about this horrible bill.

So yes, we have a one-party state, with both major parties firmly committed to continuing, in fact increasing, floods of immigrants, in numbers that make it impossible to do any serious security vetting.

But here I want to exercise commentatorâs privilege and shamelessly contradict myself, just a little.

Watching the December 15 candidatesâ debate, and then Senator Sessionsâ fine speech, I have to allow that there is at least some nominal diversity in the GOP. It never seems to be able to manifest itself in legislative action, but itâs there in some latent form.

Iâve quantified and represented this using NumbersUSAâs congressional grades as of December 20th: Not that, where congressional Democrats are concerned, weâre not even in the U.S.A. any more: this might as well be the Supreme Soviet. The President doesnât have to work these guys to get them to support his policy of Electing A New People; he just has to stroll into the House chamber once a year and bask in the applause.

So yes: As scornful as I am of party politics, there is that difference at least. There is among Democrat congresscritters no mirror image of Jeff Sessions or Steve King.

I say again: That pleasing diversity of opinion among Republicans never seems to generate any worthwhile legislation. But at least itâs there in potential.

This monolithic quality the Democrats present also accounts for their candidate debates being much less consequential than the GOPâs.

So yeah, thereâs that: signs of life in the GOP, while the Democrats are just an inert slab of gray stone.

But I sure hope that Donald Trump has a good tax accountant.

(Republished from VDare by permission of author or representative)
← If You Think Donald Trump Is Adolf Hitl...Derbâs December Diary: Monastic Fruit... →
Follow @DissidentRight NATIONAL REVIEW, Conservatism Inc., Plan to Cave EVEN MORE On Immigration!
James Kirkpatrick
• 74 Comments • Reply
← If You Think Donald Trump Is Adolf Hitl...Derbâs December Diary: Monastic Fruit... →
Hide 51 CommentsLeave a Comment
"The New Alignment: Patriots vs. Progressive Plutocrats (But Still SOME Signs of Life In GOP)"
• 51 Comments
Commenters to Ignore
Commenters to ignore (one per line) 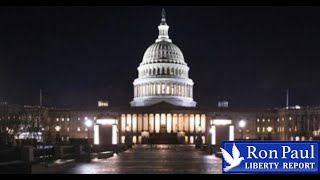