Earlier, by John Derbyshire: The Cold Civil War: Two Groups Of Whites Fighting Over America, With Minorities On The Sidelines

I join in the general jubilation among National Conservatives over the not-guilty verdicts in the Kyle Rittenhouse trial.

As well as joining in the jubilation, I also share with the hopes, expressed by many, that young Kyle takes the Nick Sandmann route [Sandmann announces \$250M lawsuit settled with Washington Post, FOX19, July 24, 2020] and sues the bejasus out of all the politicians and media hacks who have been defaming him for the past year and a halfâstarting with Joe Biden [Biden ducks question about whether he stands by calling Kyle Rittenhouse a white supremacist, By Kyle Morris | Fox News, November 19, 2021]

This is a victory in the Cold Civil Warâa win for normal citizens over the administrative state and all its powers.

The Cold Civil War is, like the 1861-65 fracas, two big groups of white people who can’t stand the sight of each other locked in permanent conflict: Goodwhites and Badwhites. Black Americans are sometimes hired in by Goodwhites as auxiliaries, to mind the horses and dig latrine trenches. But their only participation otherwise is to hang around at the edge of the battlefield, dodging in to rob the corpses as opportunity permits.

There are almost no black people in the story at all. Rittenhouse and the three people he shot, two of them fatally, are all white. The trial judge, prosecutors, and defense team were all white. Video shots of the actual trial showed a courtroom population as white as the audience at a chamber music concert. That’s even statistically anomalous: the 2010 census showed Kenosha as ten percent black.

It’s true of course that video of the trial for very good reasons did not show us the jury. We were told that the twenty people selected for the juryâtwelve to actually deliberate plus eight alternatesâwere eleven women and nine men [Kyle Rittenhouse Trial: Here’s The Makeup Of The Jury, by Ryan Shepard, Black Information Network, November 2, 2021]. Only one of the twenty was black: a man in his late twenties. I don’t know whether he was among the twelve who have been deliberating this week.

So either one or zero of the twelve deliberating jurors was black. I’m not sure how black participation in the Battle of Gettysburg broke out percentagewise, but I’m sure it was down at some similarly low level. The Cold Civil War, see?

We also learned, rather late in the day, that the rioter taking a flying kick at Kyle Rittenhouse’s head while Rittenhouse was on the ground, is a black man. Rittenhouse shot at him but missed.

The framing of Kyle Rittenhouse as a Badwhite was open and plain. No less an eminence than Joe Biden called him a “white supremacist” [Psaki Refuses to Explain Why Biden Labeled Rittenhouse a âWhite Supremacistâ, by Caroline Downey, YahooNews, November 15, 2021] That’s a common Goodwhite cuss-phrase used indiscriminately to refer to Badwhites, regardless of anything the target may be known to believe. The Goodwhite commentariat at media outlets like CNN and MSNBC, along with their black auxiliaries, followed suit [MSNBC’s Joy Reid sparks fury after calling Kyle Rittenhouse a ‘Karen’ who uses ‘male, white tears to defend himself after getting caught’ and comparing him to Justice Kavanaugh, Daily Mail, November 18, 2021].

Psychotic racist still has a job at MSNBC. https://t.co/LppAvoqiEu

How did Biden know that Kyle Rittenhouse is a Badwhite? Why, because the people he shot were Goodwhites! They were participating in a righteous uprising against systemic racism, striving for social justice. Why else would anyone burn car dealerships and furniture stores? 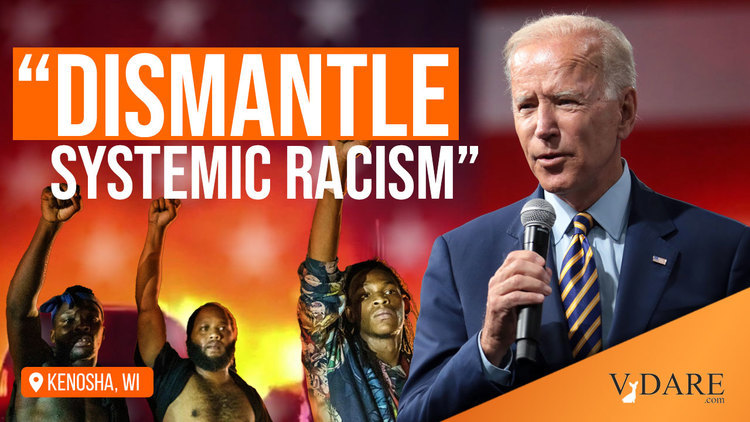 Lead prosecutor Thomas Binger in the trial didn’t stop at merely asserting the rioters’ goodness. The people Rittenhouse shot, and all the other vandals and arsonists on the streets of Kenosha that night, were, said Mr. Binger, heroes. His actual words:

Every day we read about heroes that stop active shooters â¦ That’s what was going on here and that crowd was right. And that crowd was full of heroes. And that crowd did something that honestly, I’m not sure I would’ve had the courage to do. If I see a guy running up the street with an AR-15 and I hear he just shot somebody, my first instinct is not to approach. Anthony Huber was different. Jump Kick Man was different. Gaige Grosskreutz was different. WI v. Kyle Rittenhouse Trial Day 10 – Prosecution Closing Argument by Thomas Binger Part 2, Rev.com, November 15, 2021

See? Not just Goodwhites: Herowhites! Heroes of the Cold Civil Warâthe good side, of course. We should erect some kind of monument to them.

The war isn’t over, of course. There are many battles to be fought yet. Still we can, and should, rejoice in our victories, and seek encouragement in them to keep fighting on.

As it happens, while following the trial proceedings at legalinsurrection.com, I was reading Tom Morgan’s recent book Trial in Cooperstown. The book is a blow-by-blow account of a homicide trial in upstate New York fifteen years ago. 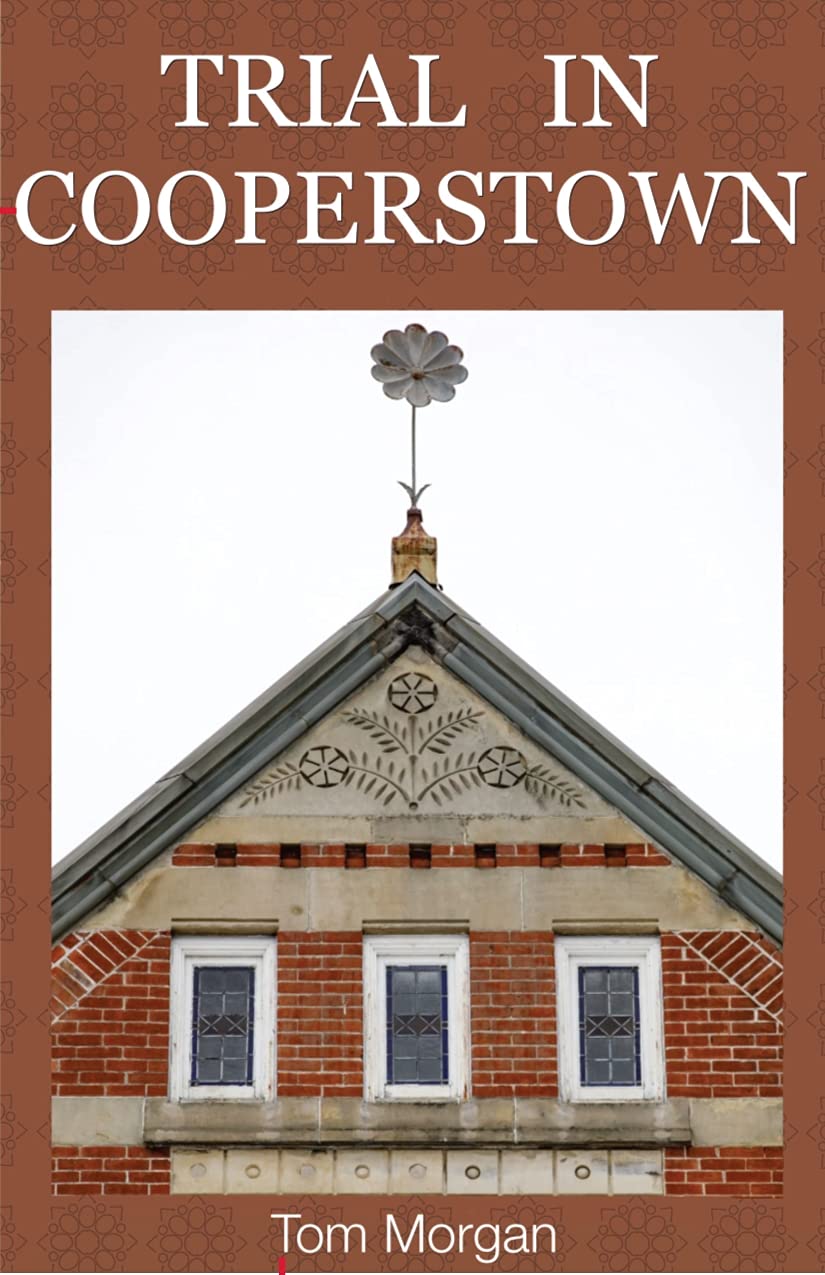 A lot of it is just court transcripts, but the courtroom to-ing and fro-ing is artfully decorated with personal asides from the author, who was present through the whole trial.

To those of us who deal with national and metropolitan news, the overall effect of the book is soothing. You are watching the judicial system plod steadily, unimaginatively through its time-honored procedures, all governed by rules of procedure that are sometimes tiresome and sometimes hard to see the point of, but that arrive at last at a conclusion that seems as fair as it can be amid all the imperfections of human things.

This is small-town America at its bestâas, I’m inclined to think, was the Rittenhouse trial. Yes, the old values still stand; yes, the old procedures still work; and yes, justice free of the horrid curse of politics can still be found.

Where are they not much found? In our big cities, with their lowest-common-denominator mayors, their top-heavy administrations, their timid, diversity-whipped police, their rapacious public-sector employee lobbies (which I refuse to call “unions”), their apathetic voters, and their George Soros-funded District Attorneys.

Having just mentioned mayors, I cannot forbear noting one of the very first reactions to the Rittenhouse verdict: a tweet from New York City’s communist Mayor Bill de Blasio.: 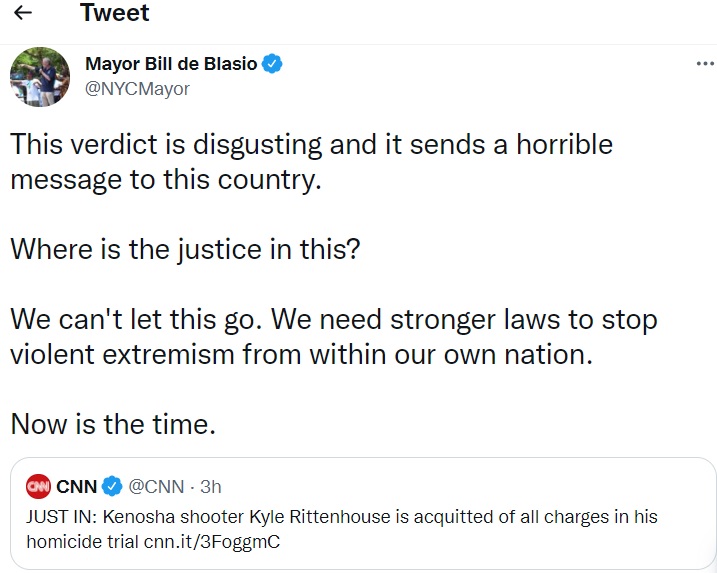 Now is very close to the time, Comrade Bill, when you will no longer be Mayor. Oh, blessed day!

America is not dying. Even taking the darkest view, we are at least not dead yet. Dum spiramus, speramus.

The Worst Way to Defend Kyle Rittenhouse
Robert Hampton
• 202 Comments • Reply
← Why the Westâs Elites Prefer the Clim...Returning to Quiet Despair After Satan ... →
Hide 399 CommentsLeave a Comment
"That Rittenhouse VerdictâAmerica Is Not Dead Yet!"
• 399 Comments
Commenters to Ignore
Commenters to ignore (one per line)

• Thanks: CelestiaQuesta
• Replies: @James Forrestal, @Reg CÃ¦sar
← Why the Westâs Elites Prefer the Clim...Returning to Quiet Despair After Satan ... →
Current Commenter
says:
Current Date at Time Now
Leave a Reply - Comments on articles more than two weeks old will be judged much more strictly on quality and tone
Cancel Reply
Commenting Disabled While in Translation Mode